November 16, 2019 11 minutes read
Please make sure these dispatches reach as many readers as possible. Share with kin, friends and workmates and ask them to do likewise.

US Gis have been duly honored on Veterans Day. Now let everyone remember regarding any order to invade and or kill in another country: "An order which is unlawful not only does not need to be obeyed but obeying such an order can result in criminal prosecution of the one who obeys it. Military courts have long held that military members are accountable for their actions even while following orders -- if the order was illegal. 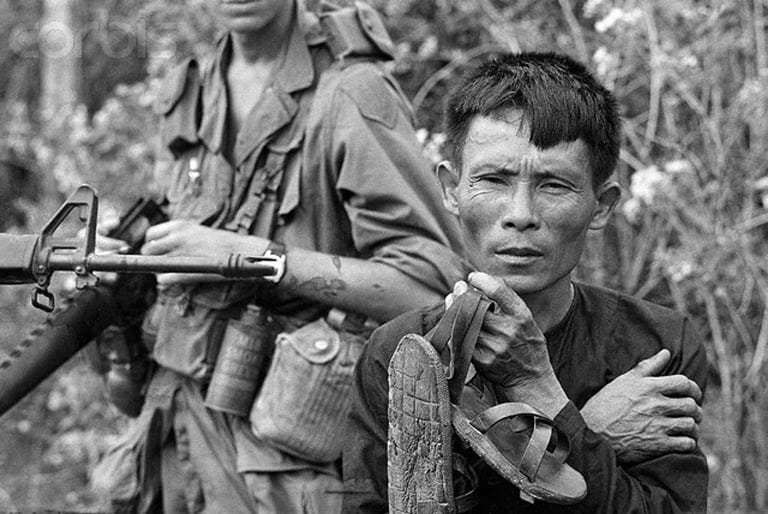 Vietnam, 1967: a Vietnamese peasant suspected of being "Viet cong", under harsh interrogation. Vietnam saw every imaginable form of brutality inflicted on a largely defenseless population.

Here below copied are the very clear Nuremberg Principles of International Law, which former US Attorney General Ramsey Clark unequivocally states are part of the law of the land by Article Six of the US Constitution.

Veterans Day 2017, like Veterans Days and Memorial Days over the last sixty odd years, have been used to herald US invasions, bombings and military occupations as fighting for freedom to distract from the horrific truth of Americans continuing commit crimes against humanity and crimes against peace, often enough the crime of genocide in dozens smaller nations.

Regarding what US GI's did to the soft spoken Buddhist Vietnamese, the United States of America dropped more than twice the amount of bombs on them that were dropped during all of the Second World War in Europe, Asia and Africa by all sides. This was after the US government first brought back in the formerly fascist French Colonial Army in US ships, and financially supported their attempt to recolonize Vietnam for eight bloody years. (Vichy France had turned its colony over to its ally the Japanese Empire during WWII.) 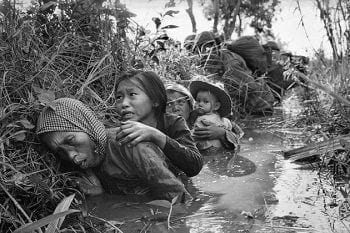 Martin Luther King cried out one year before his assassination, "They move sadly and apathetically as we herd them off the land of their fathers into concentration camps". So they go, primarily women and children and the aged. They know they must move on or be destroyed by our bombs" So far we may have killed a million of them, mostly children. They wander into the towns and see thousands of the children, homeless, without clothes, running in packs on the streets like animals. They see the children degraded by our soldiers as they beg for food. They see the children selling their sisters to our soldiers, soliciting for their mothers" They watch as we poison their water, as we kill a million acres of their crops. They must weep as the bulldozers roar through their areas preparing to destroy the precious trees. What do the peasants think as we ally ourselves with the landlords...What do they think as we test out our latest weapons on them, just as the Germans tested out new medicine and new tortures in the concentration camps of Europe? ...We have destroyed their two most cherished institutions: the family and the village. We have destroyed their land and their crops. We have cooperated in the crushing -- in the crushing of the nation's unified Buddhist Church. We have supported the enemies of the peasants of Saigon. We have corrupted their women and children and killed their men." [Beyond Vietnam, a blistering sermon by Martin Luther KIng, in New York,1967] https://www.youtube.com/watch?v=3Qf6x9_MLD0

How many African American veterans would continue to wear proudly their I am Vietnam Veteran caps if they read or listened to the video of King's sermon Beyond Vietnam - a Time to Break Silence, which has been blacked out of all mention in US criminal mainstream media since 1967!.

The reason six US Presidents and US mainstream media gave for the many millions of deaths in French Indochina was that of seeking to prevent a communist government in Vietnam, but in spite of all the six or seven million deaths, maiming, and malformed births throughout Vietnam, Cambodia and Laos, Vietnam has had ever since the murdering Americans turned tail, and a communist government is, presently, like the Chinese communist government, a favorite trading partner of the United States of America.

How do the families of fallen American GIs who know this feel about their sons and daughters having given their lives for this abject failure of the US government and military in Vietnam, Cambodia and Laos, which took the lives of so many innocent millions, achieving nothing but death and destruction. Do not hundreds of thousands of well informed families of US veterans of the invasion, bombing, occupying and destroying in the once beautiful Buddhist nations of Vietnam, Laos and Cambodia feel shame for their sons and daughters' participation?

Regarding what American servicemen and women accomplished in Iraq, namely the taking of almost two million lives, almost a million of which were children, we recall a TV interview of President Bush, jokingly peering under his desk for the missing weapons of mass destruction, that Iraq was accused of having as a reason for invading that prosperous oil rich nation which provided good health care to its citizens, and presently is a destroyed country. No compensation, indemnity, reparations were ever given, not even an apology.

Indian author Arundhati Roy in here book, ”Tide? Or Ivory Snow? Public Power in the Age of Empire wrote, “Each of the Iraqi children killed by the United States was our child. Each of the prisoners tortured in Abu Ghraib was our comrade. Each of their screams was ours. When they were humiliated, we were humiliated.” The U.S. soldiers fighting in Iraq - mostly volunteers in poverty truck small towns and poor urban neighborhoods - are victims just as much as the Iraqis of the same horrendous process, which asks them to die for a victory that will never be theirs" - Not this during this year, nor during most probably many years to follow, but in some year future year, when the economic power of the USA wanes and China and other formerly victimized nations supplant the USA as more influential, law will be restored, and because there is no statute of time limitations for murder and genocide, Americans, USA, Europeans and their allies will be sued for compensation, indemnity and reparations in such mega colossal amounts that Wall Street investments in past illegal and unconstitutional use of US Armed Forces and CIA, will turn out to have been worse than just unprofitable.

"Make wars unprofitable and you make them impossible" - A. Philip Randolph, organized and led Brotherhood of Sleeping Car Porters and the March on Washington, where Martin Luther King gave his I have a Dream speech .

End Notes
1
What to Know About Obeying an Unlawful Military Order
Laws and Legislation A Duty To Disobey Unlawful Orders? … the Uniform Code of Military Justice (UCMJ) Article 90 states that military personnel need to obey the "lawful orders of his/her superior.

2
Iraq's health care system
Iraq had developed a centralized free health care system in the 1970s using a hospital based, capital-intensive model of curative care. The country depended on large-scale imports of medicines, medical equipment and even nurses, paid for with oil export income, according to a "Watching Brief" report issued jointly by the United Nations Children's Fund (UNICEF) and the World Health Organization (WHO) in July 2003.

Iraq developed a Westernized system of sophisticated hospitals with advanced medical procedures, provided by specialist physicians. The UNICEF/WHO report noted that prior to 1990, 97 percent of the urban dwellers and 71 percent of the rural population had access to free primary health care; Infant mortality rates fell from 80 per 1,000 live births in 1974, to 60 in 1982 and 40 in 1989, according to government statistics. A similar trend characterized under-five mortality rates which halved from 120 per 1,000 live births in 1974 to 60 in 1989. The US war damaged hospitals, power generation, and water treatment facilities; foreign nurses left the country; and the health budget was slashed. In the eight months following the 1991 war, mortality rates for children under five shot back up to 120 per 1,000 live births, the highest recorded increase for any country in the world in the 1990s, according to the UNICEF/WHO report. 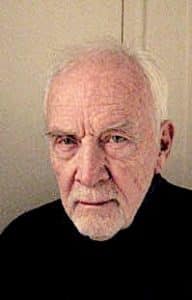 Jay Janson is an archival research peoples historian activist, musician and writer; has lived and worked on all continents; articles on media published in China, Italy, UK, India and in the US by Dissident Voice, Global Research; Information Clearing House; Counter Currents, Minority Perspective, UK and others; now resides in NYC; First effort was a series of articles on deadly cultural pollution endangering seven areas of life emanating from Western corporate owned commercial media published in Hong Kong’s Window Magazine 1993; Howard Zinn lent his name to various projects of his; Weekly column, South China Morning Post, 1986-87; reviews for Ta Kung Bao; article China Daily, 1989. Is coordinator of the Howard Zinn co-founded King Condemned US Wars International Awareness Campaign, and website historian of the Ramsey Clark co-founded Prosecute US Crimes Against Humanity Now Campaign, which Dissident Voice supports with link at the end of each issue of its newsletter.

Good people do exist. They will change this world
When your heart fills with desperation, frustration, and despair, contemplating the state of the world and what humans have done, think of Leonardo's example.

Known for his great generosity, Leonardo was in the habit of purchasing and releasing little birds. He was also one of the earliest known ethical vegetarians. According to Melzi, his longtime friend, principal heir and executor, he viewed the oppression of humans and the enslavement of animals for human profit and benefit as a form of gross primitive injustice. And although many potentates sought his friendship and company, he remained until the end an unwavering egalitarian.  [/bg_collapse]