Please make sure these dispatches reach as many readers as possible. Share with kin, friends and workmates and ask them to do likewise.
[su_testimonial]For moral and ecological reasons, the latter now rendered urgent and acute by the rapid destruction of the world's environment by meat producers in all latitudes, this publication stands against the practice of meat-eating as a collective and individual evil, aggravated by the fact even its justification in the name of "palate delights" is no longer entirely valid as meat substitutes, from plant-based homologues mirroring the original have advanced to an astonishing degree, and even true meats produced in the lab soon to become widely available in many commercial outlets. The deliberate spawning and raising of billions of animals for the sole purpose of "food" —and their lifetime slavery and incalculable suffering—has been rendered null and void by the march of history. This story —presented here in its shocking ugliness—is one of many demonstrating the still prevalent indifference of human cultures to animal suffering.[/su_testimonial]

Get short URL
This river in South Korea ran red with blood. 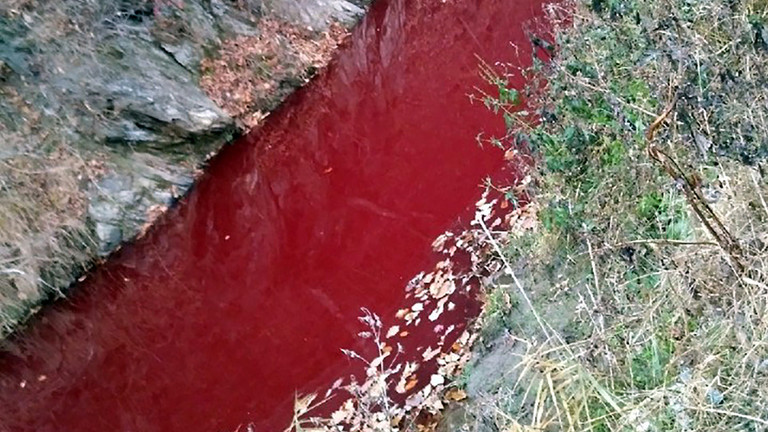 A river of blood, quite literally.

Heavy rainfall has been blamed for the spread of vast amounts of pig’s blood into rivers along the Korean border this week, following a cull of some 47,000 hogs amid an outbreak of African swine fever (ASF). 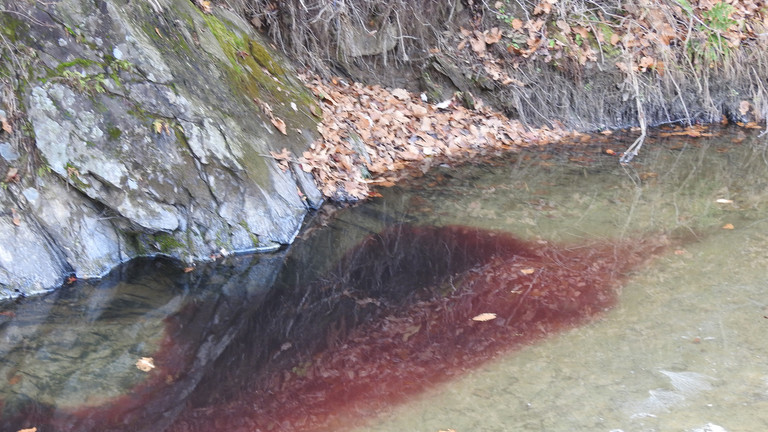 “It made many people living in the area anxious and worried,” said Lee Seok-woo, who heads the NGO Yeoncheon Imjin River Civic Network.

A local NGO claims that blood from a nearby burial site, where some 47,000 pig carcasses had been disposed of, had seeped into the Imjin River due to heavy rainfall. South Korean authorities claim that the pigs had already been disinfected before being slaughtered and that there was a delay in the production of plastic containers for the carcasses.

What was also hard to endure was the odor. I heard many farmers couldn’t work because of the unbearable smell. This should not have happened. 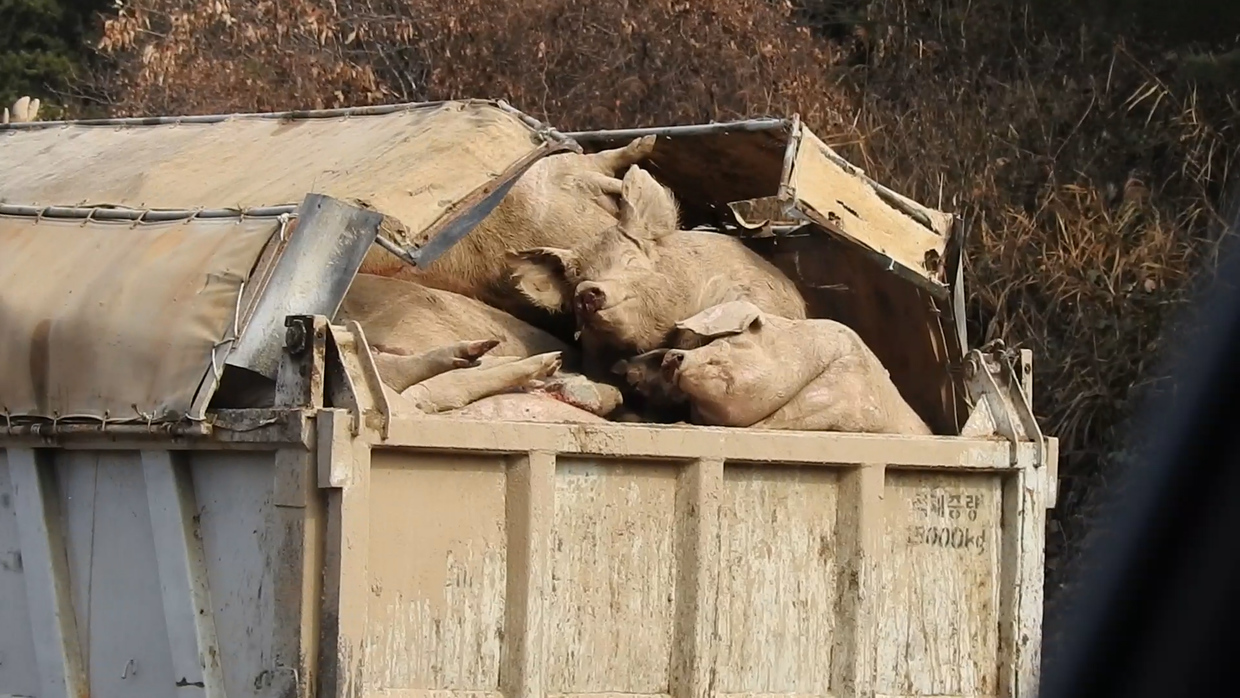 Mass slaughtered and disposed of like garbage. Is this the value we want to assign intelligent living creatures?

South Korea has culled around 380,000 pigs since the recent outbreak of ASF began. There is currently no antidote or vaccine for the complex disease, which has ravaged swine herds across Asia and upended markets as a result.

African swine fever is not harmful to humans but highly infectious and almost 100 percent fatal in pigs. 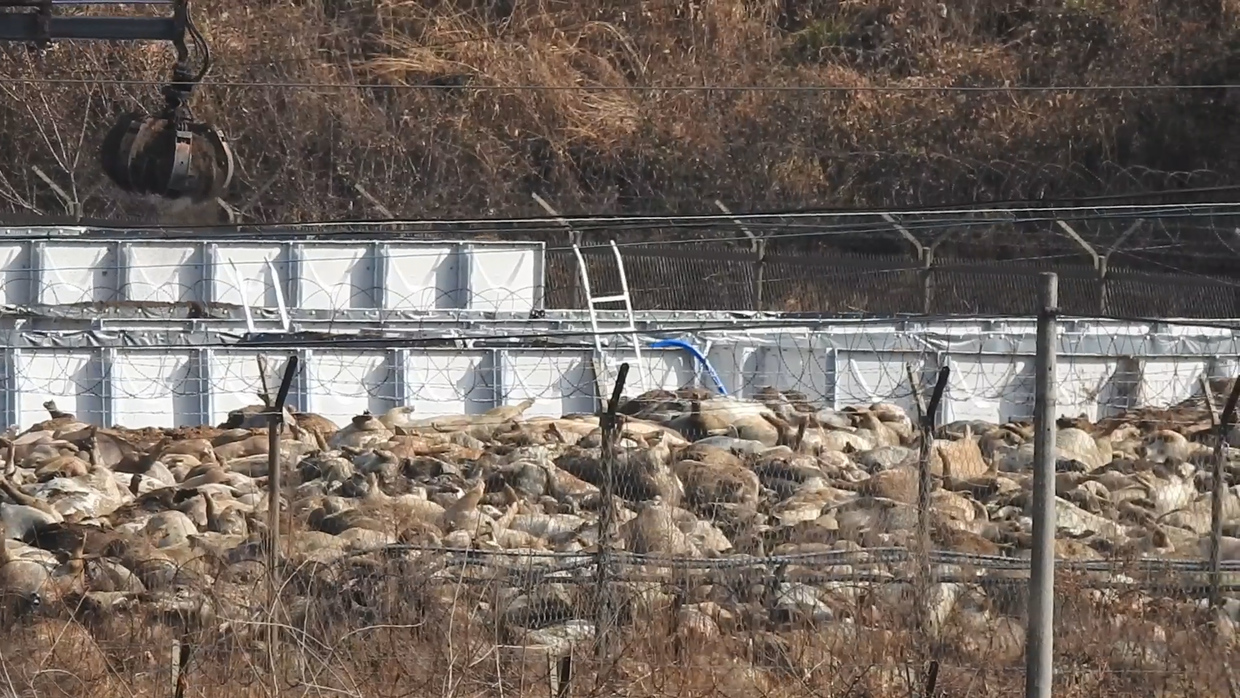 For its part, Seoul claims that the blood flowing into the streams had been “dealt with properly” through the use of suction pumps and various other devices. Authorities claim the local water table and potable supply has not been tainted. “We have built banks and other facilities so that the polluted water does not flow into the downstream region,” the ministry said, adding: “As of now, there is no blood in the stream.” Also on rt.com Quarter of world pig population could be wiped out this year alone, animal health expert warns

Also on rt.com Quarter of world pig population could be wiped out this year alone, animal health expert warns

Why Aren’t People in the US Rising Up Like Those Elsewhere in the World?

Inspiring: Bears are helpless after wildfire...