Possible False Flag (again) on Iran in Near Future?

We have shown patience towards the hostile moves of America, the Zionist regime [Israel] and Saudi Arabia against the Islamic Republic of Iran… but we will destroy them if they cross our red lines.

As many of you are, no doubt, aware, there have been anti-government protests going on in Iran in response to a hike in gas prices. Given that the Iranian people have been being squeezed by the effect of western sanctions, it is no surprise that something like this might push some people over the edge into protests – most of which have remained peaceful but there have been some episodes of violence and vandalism. However, we know from other examples (e.g. various Arab Spring uprisings and the Maidan protest movement-cum-coup) that western governments – namely Washington – will take advantage of the native discontent to foment a regime change operation if it involves a government that is perceived as not sufficiently acquiescent to Washington’s interests.

Washington has recently moved thousands of troops to Saudi Arabia and the USS Abraham Lincoln Carrier Strike Group arrived in the Persian Gulf last week. In recent days, a top U.S. general’s prediction of more Iranian “attacks” and a visit by the head of the Joint Chiefs of Staff to Israel, should alert people to the possibility of a false flag attack to blame on Iran, which can then be used as a pretext for direct military intervention. Antiwar.com reported this past Sunday:

Gen. [Kenneth] McKenzie is making a point to predict Iran attacking “again” while reiterating the US blaming Iran for Yemeni drone strikes on Saudi Arabia, which Iran has denied any involvement with. This same putative Iran attack was the justification for a lot of the US buildup, particularly US ground troops being sent to Saudi oil-producing regions.

McKenzie’s prediction of more things like that, which again is to say Yemeni attacks on Saudi Arabia that the US can blame on Iran, is particularly concerning both in that Iran has no control over that, and because the US has put 3,000 ground troops in Saudi Arabia, effectively human shields…

… McKenzie’s statement was followed by a visit to Israel by Joint Chiefs Chairman Gen. Mark Milley, who was also emphasizing meetings with Israeli officials on the idea of an imminent Iran conflict.

The fact that a major holiday is coming up in which Americans will be distracted also does not bode well. I hope nothing major comes of this – perhaps it is just intended as more bluff to try to intimidate Iran, but all of these things taken together make it worth keeping a skeptical eye on this situation.

For its part, the Iranian government sent representatives from the IRGC to a huge pro-government rally in Tehran where it was announced:

We have shown patience towards the hostile moves of America, the Zionist regime [Israel] and Saudi Arabia against the Islamic Republic of Iran… but we will destroy them if they cross our red lines.

the [pro-government] demonstration allows the foreign states “to see who the real people in Iran are and what they are saying.”

Below is Kim Iversen discussing this situation more. 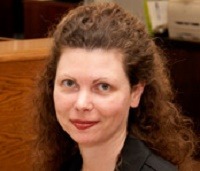 Natylie Baldwin lives in the San Francisco Bay Area. Her fiction and nonfiction have appeared in various publications including Consortium News. OpEd News, The Greanville Post, Santa Fe Sun Monthly, Dissident Voice, Energy Bulletin, Newtopia Magazine, The Common Line, New York Journal of Books, and The Lakeshore. She is a graduate of Cal State East Bay where she majored in Liberal Arts and minored in Political Science. In October 2015, she visited 6 cities in the Russian Federation and is writing about her impressions of the country and discussions with the Russian people.

China is Building a Community with a Shared Future for Mankind