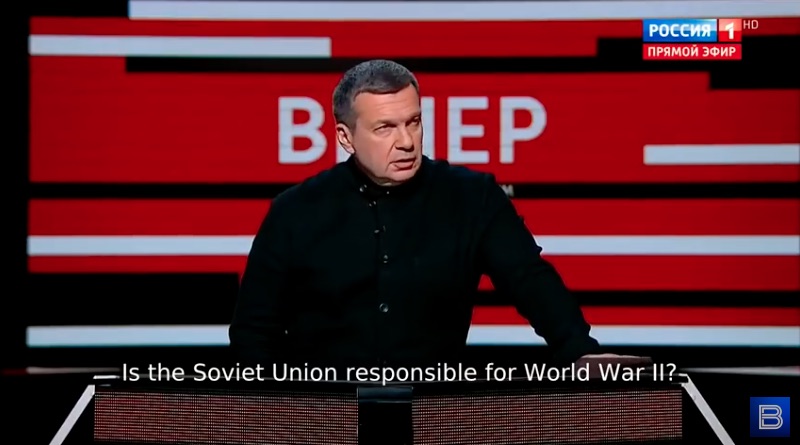 
The West's propagandists can't fall much deeper that they have already when it comes to demonising Russia or denying her obvious accomplishments, among which, her enormous sacrifice in WW2 will forever stand as  the decisive contribution to the defeat of German fascism across the globe.

Indeed, with 27 million dead—the equivalent, at the time, to the US losing the entire populations of Texas, California  and New York—and left with almost all her cities and infrastructure in ruins, Russia's effort dwarfs all others, except for China.  But now, even what a reasonable —let alone grateful person—person would assume to be irrefutable and irrevocable facts are coming under fire in the West, as the shameless US network of US vassal states and armies of apologists and propagandists try to rewrite modern history to suit the ludicrous version favored by the anglozionist empire. Here's a discussion of this disgusting development on a leading Russian TV—PG

About the author(s)
Author is founding editor of The Greanville Post.
Now be sure to share this article with friends, kin and workmates! Fighting the empire starts when you neutralise its shameless lies.
THINK!

The Audacity of Hypocrisy

The impeachment farce: Jimmy Dore slams the Democrats and their revolting hypocrisy

Thanks for posting this and also for your explanatory comments