Home AMERICAN BRAINWASH You Don’t Own Me?

You Don’t Own Me?

December 18, 2019
BE SURE TO PASS THESE ARTICLES TO FRIENDS AND KIN. A LOT DEPENDS ON THIS. DO YOUR PART.

Leslie Gore’s 1963 hit song ‘ You Don’t Own Me’ started off with the line ” You don’t own me, I’m not just one of your toys”. So it is with the overwhelming number of our population who , despite NOT knowing it, are owned by this Amerikan empire. Sadly, they have always been owned and manipulated by the many tentacles that make up this Octopus. Prolific journalist Ed Curtin recently did a piece on the history of 20th Century US propaganda beginning with the wizard of it all, a man who actually influenced Nazi Germany’s ( believe it or not) ‘ Propaganda Minister’ Joseph Goebbels. That would be none other than Edward Bernays, who the predatory corporate world labeled as the ‘ Creator of modern advertising’ . Bernays sold wars as easily as he could sell soap!

So, there you have it. First off, we have an economic system predicated on not only ‘ Dog eat dog’ but ‘ Dog DEVOUR dog’. With governments, local , state and federal, who provide the sharks in this ( so called) ‘Free Market’ with plenty of legal leeway, the sky is truly the limit! When the empire instituted the Taft Hartley Act in 1947, they made sure that massive strikes would have to wait until the 80 day ‘ Cooling off period ‘ issued by the president was over. Plus, the act also outlawed what was known as ‘The Closed Shop’ whereupon anyone then hired as an employee had to join the union that represented that company’s workers. In essence, the ending of this Closed Shop requirement made it more difficult for unions to have the ‘ bargaining power’ of a mass of members. This is not the time for me to elaborate how polarized this economic system has become. Anyone who works for someone else must realize that the Boss makes out better each and every day over his or her worker. Feudalism, folks, is right around the corner.

There is an epidemic nationwide of people who many refer to as ‘ Car poor’. This means that they are driving new vehicles that cost them, going by 2018 researched numbers, an average of $ 523 a month. With used car loans for people with low credit scores at well over three times the prime rate of 4.75%, one can imagine how much their monthly charges are. Factoring out certain car buyers who do so out of ‘ super egos’, most of us need that car to get us to work, to shop and to get our kids wherever they need to be. Not all of us live in cities like NYC , Boston and Chicago that have rail mass transit. Suburban and rural Amerikans rely on their car and truck daily.

Home ownership and rentals have seen what happens when home prices go up. For a prospective buyer, the higher prices can just squeeze out many who just cannot afford either the down payment or the monthly mortgage costs. For those who have no choice but to rent there is either a bigger problem. When home prices rise, the landlords ( oh how I despise that term) just raise the rents. When the home prices fall, well, the prices stay the same. So, the owner has the edge over the tenant. Why? Well, usually ‘ Demand ‘ always is much more than the ‘ Supply’. On top of that this writer has already, in previous columns, told my story of the many Land Lords I have had. Not once did I ever have a Land Lord who kept the residence in tip top condition and did the needed repairs… on time! Once upon a time there was this thing called ‘ Rent Control ‘ AKA ‘ Rent Stabilization ‘ where the tenants had some protection from predatory Land Lords. No more gang. Only those situations where the apartments have been ‘ Grandfathered ‘ does such rent control still exist. 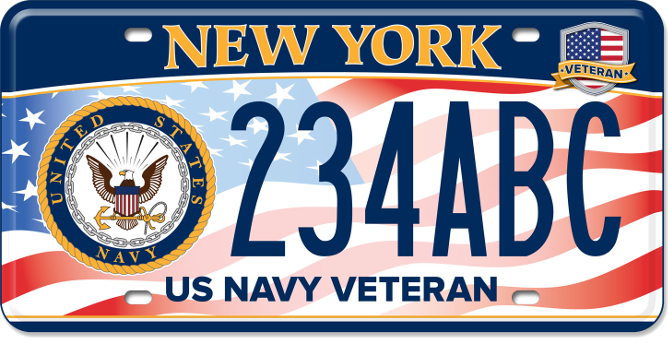 Driving in my neighborhood the other day I was behind a car that had a ‘ Retired Navy Veteran’ on the license plate. The driver looked to be my age, that of a baby boomer. So, he was referring to having served perhaps during the Vietnam ( so called ) War era. Well, the truth is that the only time a person should be proud to carry such a label is if he or she served during the ONLY time in modern history that we were at war: WW2. In all the other instances no one should be proud to say they served in our military. Instead, the veteran should speak up and say that they served in one of our phony wars that served no purpose except for the liars and hypocrites that created them! To see the myriad of such license plates and baseball caps that advertise being in those phony wars serves no purpose but to give legitimacy to those actions by our government. When I see a man or woman wearing something that states that they are part of ‘ Veterans for Peace’ I can admire that effort. All this hogwash of people carrying license plates such as ‘ Proud Parent of a Marine’ only gives fuel for this obscene militarism we have to endure as citizens. It is bad enough that you cannot tune into a sporting event without the giant flag draped across the field or arena, and the honor guard and the solemn crowd with hands over hearts during the National Anthem. Are we back in totalitarian Nazi Germany or Stalin’s Soviet Union?

A friend told me last night that figures came out that around 40% of Amerikan workers earn less than the poverty level of $ 19,000 a year. How many of those people most likely have to reach that figure by working more than one job as well? Forget about having good benefits with jobs that pay that little. Yet, the embedded mainstream media portrays our economy as being vibrant, with the Stock Market setting new records. For whom? Not I… and you? Yes folks, this empire does own us, and the Two Party/One Party scammers make sure we stay that way!

Have a merry Christmas… Bah Humbug!!