Trump’s budget proposal: A new offensive in the social counterrevolution

February 12, 2020
Please make sure these dispatches reach as many readers as possible. Share with kin, friends and workmates and ask them to do likewise.

The author is a member and senior columnist/reporter with wsws.org, a Trotskyist publication.  This article is part of our informal series on diverse viewpoints covering the possible outcomes of a Bernie Sanders victory, and the nature of the obstacles faced by ordinary people as they try to defend their interests.

Donald Trump’s proposed federal budget is an announcement that the American ruling class is deepening its offensive against the social rights and living conditions of the US and international working class.

The proposed cuts would transfer trillions of dollars from the masses of working people into the hands of the financial aristocracy and affluent upper-middle class, having devastating consequences for hundreds of millions of workers from cradle to grave and exposing the utter fraud of Trump’s claim to represent the “forgotten men and women.” 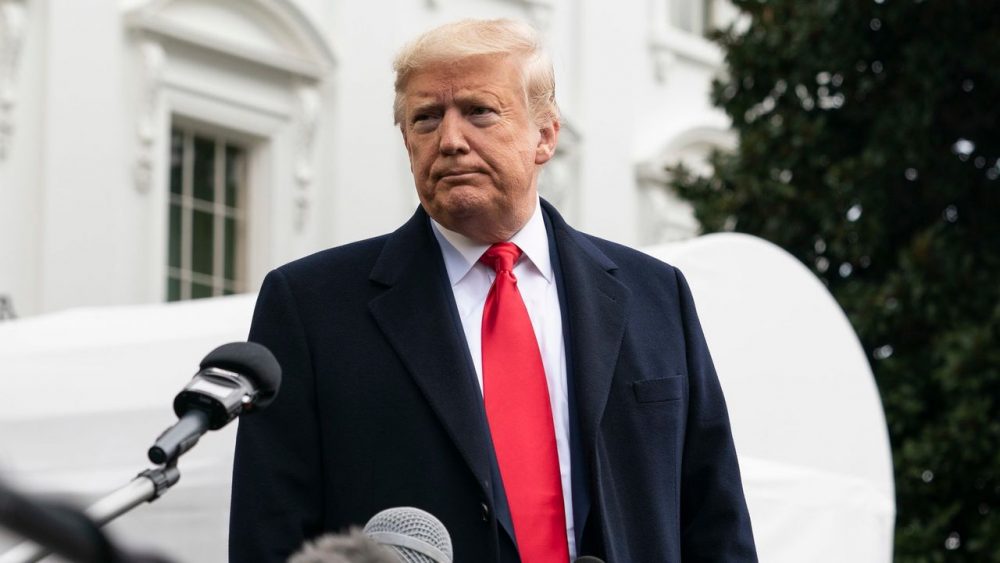 The announcement of the White House budget proposal begins the staged process in which the Democratic Party feigns indignation over the proposed cuts only to ultimately accede to many of the demands. Under conditions where the vast majority of Americans are demanding increased spending on social programs, higher taxes on the rich and a redistribution of wealth, the inevitable outcome of the bipartisan budget negotiations will be to shift the entire political establishment further to the right.

This was previewed by Democratic Speaker of the House Nancy Pelosi who, when asked last Thursday about Trump’s forthcoming budget, said:

I say to my members all the time, ‘There is no such thing as eternal animosity. There are eternal friendships, but you never know on what cause you may come together with someone you may perceive as your foe right now. Everybody is a possible ally in whatever comes next.’

This offer of friendship to Trump came less than 24 hours after the collapse of the Democratic Party’s impeachment effort, a process in which Pelosi and Democratic impeachment managers called Trump a “traitor” and stooge of Russia for withholding $391 million in military aid to the right-wing nationalist government in Ukraine, which provides money and arms to far-right paramilitary forces. Speaking the language of McCarthyism, the lead Democratic impeachment manager Adam Schiff said Trump was obstructing the US from arming Ukraine, an imperative that ensures “we can fight Russia over there so we don’t have to fight Russia here.”

The denunciations of Trump by the Democratic leadership on questions of imperialist foreign policy and the Democrats’ crusade for internet censorship contrast with their appeals to bipartisan friendship on social and domestic policy.

From the day Trump took office, the Democratic Party has facilitated Trump’s attack on living conditions and democratic rights, first by diverting and suppressing mass protests that erupted immediately following Trump’s inauguration in January 2017 and in response to his travel ban and attacks on immigrants, and then, over the last three years, by voting for major elements of Trump’s agenda.

The denunciations of Trump by the Democratic leadership on questions of imperialist foreign policy and the Democrats’ crusade for internet censorship contrast with their appeals to bipartisan friendship on social and domestic policy…From the day Trump took office, the Democratic Party has facilitated Trump’s attack on living conditions and democratic rights, first by diverting and suppressing mass protests that erupted immediately following Trump’s inauguration in January 2017 and in response to his travel ban and attacks on immigrants, and then, over the last three years, by voting for major elements of Trump’s agenda.
In June 2019, the Democrats voted overwhelmingly to support passage of Trump’s record $750 billion Pentagon budget, which allowed the government to continue to detain prisoners at Guantanamo Bay and provided $3.6 billion in “back-fill” funding for Trump’s border wall.

In June 2019, Democrats voted to provide Trump with $4.6 billion to fund Immigration and Customs Enforcement (ICE) and Customs and Border Protection (CBP) despite massive opposition to family separation and the detention of immigrant children, ongoing issues which the Democratic Party and corporate media have essentially blacked out from national coverage.

These are only the most egregious examples. Trump’s corporate tax cut, which the proposed budget will extend, was initially proposed by the Obama White House. Obama slashed funding for food stamps, Medicare, and programs for impoverished children and other programs.

The Washington Post noted yesterday that after Trump’s budget was leaked in the Wall Street Journal, “Former vice president Joe Biden has warned Democrats not to embrace an agenda that calls for unrealistic social policy goals, and Buttigieg declared at a town hall event in Nashua, N.H. on Sunday that it was time to get serious about the rising deficit, even though ‘it’s not fashionable in progressive circles to talk too much about the debt.’”

The Democratic-aligned corporate media has greeted Trump’s budget with far less concern than the prospect that Vermont Senator Bernie Sanders will win the Democratic nomination.

This language shows that however serious their internal conflicts, both factions of the ruling class are allied in the existential struggle to protect the wealth of the financial aristocracy from the growing mood of social opposition from below. They do not fear Sanders, a longtime Washington insider and loyal Democratic caucus member. What they fear is the growing leftward movement among workers, youth and students reflected in the support for Sanders which the Vermont senator may not be able to control.

All factions of the ruling class view the mass demonstrations in France, Chile, Puerto Rico, Sudan and elsewhere as signs of what is to come.

Trump, having emerged victorious from the impeachment, is preparing for the class battles ahead by building a fascistic movement and threatening to stay in power regardless of the outcome of the 2020 elections.

Sections of the Democratic Party are using a different technique, elevating figures like Sanders and Democratic Socialists of America (DSA) member Alexandria Ocasio-Cortez to feed popular illusions that the Democratic Party can be reformed, that the ruling class can be pressured to enact progressive social policy and that no independent social struggle is required.

This is a hopeless utopia. Even if Sanders manages to win the nomination in the face of widespread corruption in the DNC, his entire program amounts to asking the network of generals and CEOs who run America to voluntarily part with trillions of dollars. In explaining the futility of Franklin Roosevelt’s New Deal, Leon Trotsky wrote that the New Dealers “wind up by appealing to the monopolists not to forget decency and the principles of democracy. Just how is this better than prayers for rain?”

The entire budget proposed by Trump totals $4.8 trillion—far less than the $27 trillion possessed by the world’s 2,170 billionaires. Redistributing the world’s wealth requires the building of a mass revolutionary movement to confiscate the wealth of the financial aristocracy and place the world’s productive forces under the democratic control of the international working class.

ABOUT THE AUTHOR
Eric London is a senior analyst with wsws.org, a Marxian publication.

U.S. Warms Up Its Own Old Spy Stories To Bash Putative Chinese Espionage

US puppet Guaido given a “people’s welcome” in Venezuela. Many Venezuelans are not fooled.