Who do they think they are kidding? Just 90% of the people, that's who. 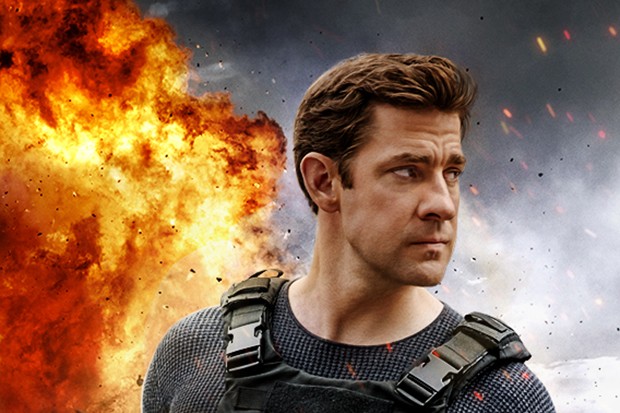 It's a good bet that at least 90% of the people who watch this trash, the Jack Ryan series, never heard (or understand) the meaning of hybrid war, nor do they begin to comprehend the criminality of imperialism, especially aimed at a poor country that "our heroes",  like the ludicrously mythological Jack Ryan, are trying to overthrow. It takes real moral imbecility and ignoramuses like John Krasinski—a great example of a Hollywood bootlicker—to fill such roles. Given the renewed attention of Trump and the Deep State on Venezuela, and the constant attempts at suffocating their revolution (even when some attempts such as those registered on 3 May are simply quasi-ridiculous) we thought this timely piece needed to be rerun.

Dr. Matthew Alford of the University of Bath told MintPress that the new Amazon product is a “disgrace of a series,” unfairly demonizing a nation at a time when the United States has its boot on the throat of Venezuelan society. 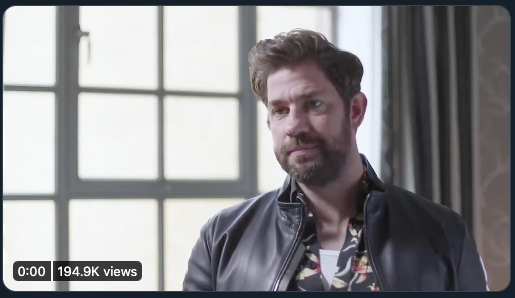 [dropcap]T[/dropcap]he second season of the big budget series Jack Ryan has just debuted across multiple platforms. Described as “the huge hit that Amazon has been hoping for,” the series follows the story of an eponymous CIA agent as he attempts to overthrow ruthless Venezuelan dictator Nicolas Reyes. Reyes, we learn, has acquired a nuclear weapon from Russia and is portrayed as a heartless dictator who kidnaps dissidents and crushes protests. Reyes, therefore, is presented in much the same way the U.S. government presents real-life Venezuelan leader Nicolás Maduro.

Venezuela, we learn from the blockbuster series, was a once prosperous and free nation, but is now falling apart due to government corruption, economic mismanagement and crime. Fortunately for its people, the CIA is supporting Gloria Bonalde (Cristina Umaña), a glamorous and committed left-wing (sic) populist challenger to the cold-blooded Reyes, and is attempting to rid the country of its authoritarian tyrant.

The depiction of Venezuela has been predictably condemned by the Venezuelan government with Culture Minister Ernesto Villegas writing it off as, “crass war propaganda disguised as entertainment.” But Jack Ryan’s depiction of the country does indeed wildly distort the reality of the situation on the ground. Firstly, Venezuela’s current President Nicolas Maduro is himself a left-wing populist, while the United States’ preferred head of state is the far-right Juan Guaidó, who last weekend attempted another failed coup d’état against the elected government.

Some may find the concept of an apolitical intelligence agency, especially the one with the CIA’s history, a little questionable. But the actor went even further: “I owe them everything,” he said, “the CIA is something that we should all not only cherish, but be saying thank you for every single day.”
While the South American country is indeed living through grave economic circumstances, the U.S. role in worsening the situation is not mentioned in the show. The Trump administration’s deadly economic sanctions against the country are estimated to have killed at least 40,000 Venezuelans between 2017-2018 alone.

The sanctions have been declared illegal by the United Nations, who have formally called on all member states to break them, even discussing reparations the U.S. should pay to Venezuela. One American UN Special Rapporteur, who visited the country, declared the sanctions akin to a medieval siege and declared the U.S. as guilty of “crimes against humanity.”

Dr. Matthew Alford of the University of Bath, author ofNational Security Cinema: The Shocking New Evidence of Government Control in Hollywood, told MintPress that the new Amazon product is a “disgrace of a series,” unfairly demonizing a nation at a time when the United States has its boot on the throat of Venezuelan society.

“The new Jack Ryan series comes in the context of four movies stretching back decades that have all had Department of Defense and/or CIA support at the scriptwriting phrase,” he noted, labeling Jack Ryan as a classic “national security entertainment product”.

Yet Jack Ryan’s stars defended the show, and the CIA, from criticism. John Krasinski, who plays the title character based on Tom Clancy novels, said that he works closely with the Agency in order to make the show more realistic. Krasinski described the CIA as amazingly “apolitical.” “They’re always trying to do the right thing,” he said of the Agency, claiming they “care about the country in a bigger, more idealistic way.”

Some may find the concept of an apolitical intelligence agency, especially the one with the CIA’s history, a little questionable. But the actor went even further: “I owe them everything,” he said, “the CIA is something that we should all not only cherish, but be saying thank you for every single day.”
Editor's note: For some reason which we assume has to do with Twitter's own underhanded war on dissident voices, these tweets below do not work at all, on this page or the author's accounts on Twitter itself.  We were fortunate to find, however, Krasinski's idiotic CIA-ass kissing interview on YouTube, so here it is. See for yourselves what a repugnant toady this guy is, along with the rest of the actors (Alec Badlwin—who self-styles himself as a leftie; Harrison Ford, and so on) who are happy to endorse such filthy Cold War/class propaganda. As they used to say in WW2: Lies cost lives. They still do. But Krasinski and his ilk are happy to go on disseminating them to the four corners, while torrents of money and fame keep flowing their way.

this Hollywood bootlicker has got the script down.

he & his state dept informercial of a show are here to reassure us how diverse, “apolitical,” & idealistic the CIA is! pic.twitter.com/5srVRpSSaL

The character of Jack Ryan first appeared in Cold War era Clancy stories such as The Hunt for Red October and The Cardinal of the Kremlin, where the heroic Ryan battles the dark forces of the Soviet Union. The series was put on hiatus but has recently returned, bringing with it much of the same Cold War mentality and rhetoric. Ryan has been previously played on screen by Hollywood stars such as Alec Baldwin, Harrison Ford and Ben Affleck.

Alford’s book, which he co-wrote with Tom Secker, describes the enormous influence that the national security state has on popular culture. Based on Freedom of Information requested documents, the two calculated that between 2004 and 2016, the Department of Defense was directly involved in the production of 977 Hollywood movies or television shows, many of which were carefully scripted, edited and curated by government agents in order to present a certain viewpoint of the world to the public. For example, the writers of Homeland were revealed to have private meetings with ex-CIA officials before each season.

From big budget movies like Ironman and Transformers to surprisingly banal television productions like The Biggest Loser, Mythbusters or American Idol, virtually every movie or television show featuring the military or intelligence figures has been edited, scripted or funded by the Department of Defense in order to cast the government in the best possible light. Those that do not comply with the Department of Defense’s requests are not given privileged access to, or use of, military resources and may be attacked by the state as being unpatriotic or deceptive.

The constant flow of pro-security state messages has an effect on the public. Researchers found that respondents who were shown torture scenes from the television series 24 were more likely to subsequently support the government’s policies of torture in sites like Guantanamo Bay and Abu Ghraib. This held even for liberal college students.

On Jack Ryan, Alford’s co-author Secker said that it “has the effect of convincing liberals and left-wingers to support not just the U.S. government’s intentions in Venezuela, but also the CIA’s broader role across the Americas.” While millions of Americans may enjoy the suspense and thrill of the new series of the spy’s adventures, few will realize they are watching a carefully scripted piece of pro-regime change theatre.

Feature photo | A screenshot from the new season of Amazon’s Jack Ryan.

About the Author
Alan MacLeod is a MintPress Staff Writer as well as an academic and writer for Fairness and Accuracy in Reporting. His book, Bad News From Venezuela: Twenty Years of Fake News and Misreporting was published in April.