A short take on a highly confusing (and controversial) subject by Dr. T. P. Wilkinson
OpEds

Americans like to think their country was founded by a revolution. This is simply wrong. However only Blacks have a history parallel to that of the "founding fathers".  They are the descendants of what made the US what it is today.

[Looking at it from a Chinese perspective] the counter-revolution of 1776 was fought by people naturally closer to the KMT under Chiang. They waged war to protect wealth and slavery and the right to conquer North America without sharing it with the British ruling class.
Contrast the Russian and especially the Chinese revolutions both of which aimed to create decent lives for the mass of the population. They also succeeded, as did the Cuban revolution. The Soviet Union was defeated in part by collaborators like Gorbachev and due to compromises forced by its proximity to the Western peninsula and NATO. However there is still no doubt that the Soviet Union made Putin's Russia what it is today.
Contrasting these three enormous moral achievements the US is simply with Great Britain the greatest conspiracy of banditry, brigandage and mass murder of the past 300 years. They just managed to acquire the best propaganda technology to get away with it—so far.

Dr. T. P. Wilkinson
"Practice with the impossible is preparation for the necessary."
ABOUT THE AUTHOR 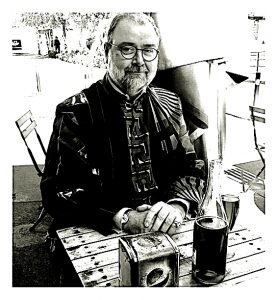 An iconoclastic thinker by nature, and a good example of a Renaissance man in our time, Dr. T.P. Wilkinson writes, teaches History and English, directs theatre and coaches cricket between the cradles of Heine and Saramago. He is also the author of the book Church Clothes, Land, Mission and the End of Apartheid in South Africa.  Most of his work since 2015 has been posted at Dissident Voice where he also have contributed a poem every Sunday since then. Prior to that, pieces were posted at Global Research, Black Agenda Report and while Alexander Cockburn was still alive at Counterpunch. He is now an increasingly familiar voice in the world's leading anti-imperial publications.

Victory Day – As Franklin Roosevelt Would Have Seen It

US Commission on the Pandemic of 2020: No Culpability, No Accountability for 70,000* Americans Killed in 60 Days (Annotated)

Caleb Maupin on Trump’s about face, and the latest American...

What Every True Anti-imperialist Has Experienced: Anti-Communist Propaganda and Psychological...

What liberals need to understand (Response to Jimmy Dore)