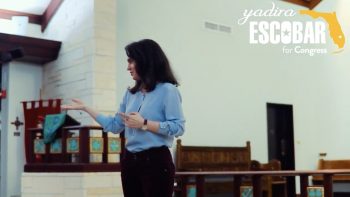 Yadira Escobar is as beautiful as she is brave, considering the kind of vile and fanatical people she challenges in their own lair.  Here she is interviewing Caleb Maupin, one of America's most lucid promoters of socialism.

Maupin: I have seen Venezuela

Disband The Police" US Public Turns Against Law Enforcement Amid Protests

A NOTE ON THE PRINCIPALS 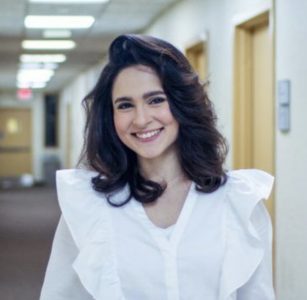 Cuban-born blogger Yadira Escobar is used to stirring controversy in Miami: She has spoken with admiration of Fidel Castro, branded some Cuban dissidents “criminals” and “counter-revolutionaries,” and asked the United States to take its “hands off” Venezuela.  But Escobar is now taking things a step further, running for Congress as a Democrat in Florida’s 25th District representing the heart of Miami’s Cuban and Venezuelan exile communities.  “I’m running for Congress on a very unique platform, and one of the pillars to this message to our grassroots campaign is that we need to rethink our foreign policy,” Escobar said in a recent campaign video. “Essentially, I’m going to be focusing on Cuba.”  Escobar, 32, says she has dedicated her adult life to unifying Cubans and exiles. But her candidacy — which currently places her on a collision course with Republican incumbent Mario Diaz-Balart, one of the staunchest critics of the Cuban and Venezuelan regimes — has inflamed both the right and the left. Miami Republicans have blasted her as “shameless,” reacting harshly last month after she posted old pictures on social media of her in Cuban Revolutionary garb. And Florida’s Democratic Party, already wary of being branded as socialist, wants nothing to do with her. 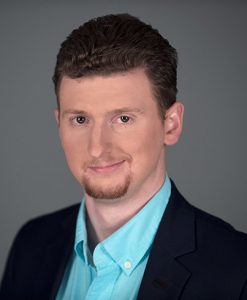 Caleb Maupin is a widely acclaimed speaker, writer, journalist, and political analyst. He has traveled extensively in the Middle East and in Latin America. He was involved with the Occupy Wall Street movement from its early planning stages, and has been involved many struggles for social justice. He is an outspoken advocate of international friendship and cooperation, as well as 21st Century Socialism. He doesn’t shy away from the word “Communism” when explaining his political views, and advocates that the USA move toward some form of “socialism with American characteristics” rooted in the democratic and egalitarian traditions often found in American history. He argues that the present crisis can only be abetted with an “American Rebirth” in which the radicalism and community-centered values of the country are re-established and strengthened.
RevisShielded: 107

THE AUTHORS
Caleb Maupin is a widely acclaimed speaker, writer, journalist, and political analyst. He has traveled extensively in the Middle East and in Latin America. He was involved with the Occupy Wall Street movement from its early planning stages, and has been involved many struggles for social justice. He is an outspoken advocate of international friendship and cooperation, as well 21st Century Socialism.