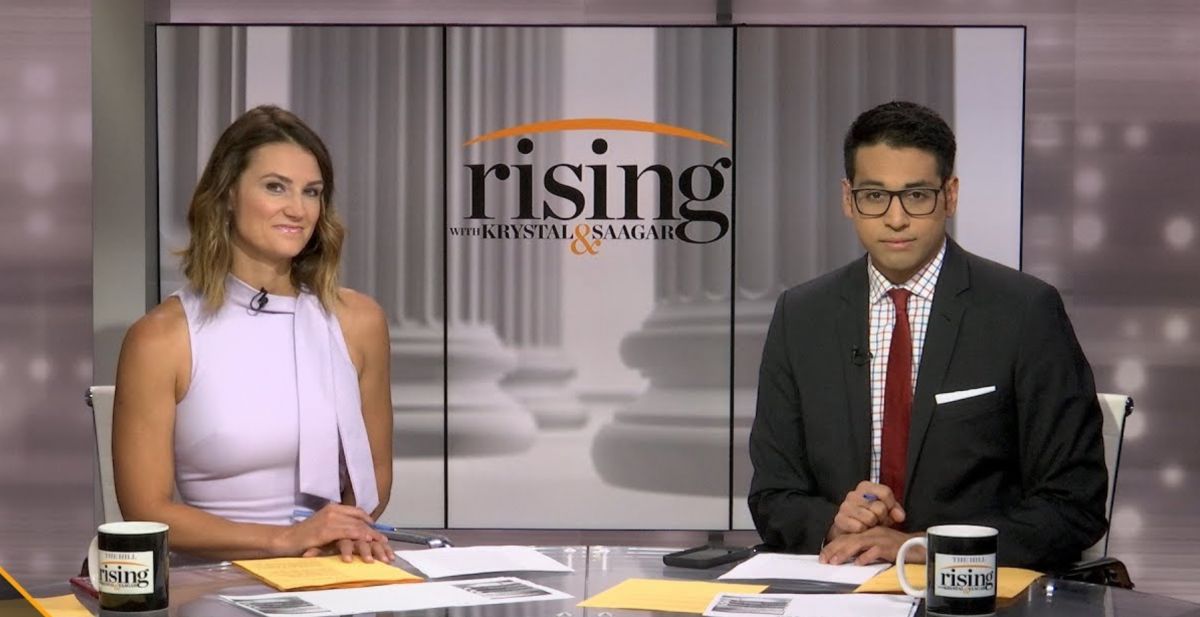 Editor's Preface: My colleague Peter Man is much too kind in classifying Dianne Feinstein's lifelong tenure in the US Congress as "public service". Only recently she was among the senior US political figures pushing to strengthen "national security laws" —the "Patriot Act" and NDAA multitude of vague clauses—a clear judicial abuse—at the expense of citizens' freedom, especially citizens who disagree with the US government official narratives. Like all Wall Street Democrats, Feinstein is also strongly opposed to universal healthcare, supporting instead the notoriously fraudulent Obamacare, a rehash of a libertarian approach to medical services once tried (and quickly dropped) by Republicans:

If single-payer health care is going to mean the complete takeover by the government of all health care, I am not there.

That said, her outing in this video is commendable and deserves recognition. At a moment when the establishment can't find enough insults and pretexts to condemn and demonise China, Feinstein utters some refreshing truths which, unfortunately (but not surprisingly) are not well received by the media whores staffing our mainstream communications system. Feinstein said something that contradicted the vile narrative concerning China, so the guardians of conformity immediately jumped to the rescue. Such people should live inside latrines, where they belong. In this duo, Krystal is the liberal, while Saagar Enjeti is the unapologetic right-winger. Read my attached note on Enjeti below. —PG (1)

Here is a Youtube video of Kristal & Saagar (The Hill) excoriating Senator Dianne Feinstein for saying that China is becoming a respectable nation because it has raised tens (sic) of millions from poverty. (It should say hundreds of millions.)

Krystal & Saagar: Feinstein Claims China 'Growing Into Respectable Nation' Amid Hong Kong CRACKDOWN
I can't help but comment:
50 years of public service gone down the drain just for telling the painful truth, while a bunch of know-nothing self-righteous hypocrites parroting the rubbish they're fed by the lying MSM, lying politicians, and lying intelligence services, decide to vilify a truly courageous person who happens to be the only one who dares to tell the truth. This is the kind of culture that creates people like Trump and then elect him to be president. It would've been easy for any politician to repeat the prevailing lie, except Sen. Feinstein refused to lie. At 87 years of age, and having been elected with the most votes, what does she have to lose or gain? In a time of universal deceit, telling the truth becomes a revolutionary act. Krystal and Saagar, we have met the enemy and he is us.
Senator Dianne Feinstein tells the truth about China
Don't despair. I believe change is coming. Hopefully we won't have to wait too long.
PM
Peter Man
was born in Hong Kong during British colonial rule. His parents were both staunch anti-communists. His father was an ex-communist who had written popular historical novels that excoriated the Chinese Communist Party. The writer was baptized at birth and had a mostly Westernized upbringing being educated by the Catholic Brothers at a boys-only English school (La Salle). The writer later went to university in Canada and became a Canadian citizen. Now fully half of his extended family in North America is non-ethnic Chinese or of mixed ethnicity. Despite his Westernized and Catholic upbringing, the writer has always been interested in Chinese history and Chinese literature. He can speak Cantonese and Mandarin, and can read and write Chinese both in the traditional and simplified forms. In his youth, the writer was a pioneer of Chinese language television in Canada, establishing the first national Chinese language television station in the country. His position as a licensed broadcaster required neutrality and balance, which was also necessary for bringing harmony to the Canadian Chinese communities served by the licensee’s programming service. The writer later lived in China for nearly two decades working in the broadcasting and digital media technologies industry, personally experiencing business and social life in China, and directly witnessing China’s meteoric rise. He has written a sci-fi adventure novel “The Unconquered” which spans across the entire history of China. His other Quora articles include “What is China?” and “Who is Sidney Rittenberg?” Visit author website at https://stone-man.weebly.com/ or contact him at Stoneman.1eye@gmail.com (Subject: Quora reader).

Appendix
A SPECIAL NOTE ON SAAGAR ENJETI
By Patrice Greanville

Just a glance at Saagar Enjeti's resume suffices to get a good idea why this man is embedded in the mainstream media as a commentator, and where he got his glaring biases. Part of his Wikipedia page reads (and I will interpret) as follows:

Saagar Enjeti (born April 21, 1992)[1][2] is an American right-wing political commentator.[3]He co-hosts Rising, an American daily news and opinion web series produced by Washington, D.C. political newspaper The Hill.  Enjeti was born to Indian American parents, both of whom are professors: his father is Dr. Prasad Enjeti, and his mother is Dr. Radhika Viruru.

Enjeti, who is based in Washington, D.C., is a media fellow at the Hudson Institute where he co-hosts The Realignment Podcast.[5] He previously served as White House correspondent for The Daily Caller, and reported from the Pentagon as foreign affairs correspondent.[6][7][8] He has contributed to Business Insider and National Review.[9] Enjeti has also appeared as a guest panelist on Fox News, and in 2019, as a moderator at Steamboat Institute's Freedom Conference[10] and the Conservative Political Action Conference.[11]

In June 2019, Enjeti replaced Buck Sexton as co-host of The Hill's daily news and opinion program Rising.[12] He was a recipient of the 2019 Tony Blankley Fellowship from the Steamboat Institute.[13]

Now, let's examine for a moment this supposedly oh so impressive fellow's credentials, including his affiliation with Georgetown. What does it tell us?
First, that he is a quintessential creature made for and eagerly serving the US imperial system as a propagandist against anyone and anything standing in the way of US hegemony. That means a proponent of war and not an enemy of war. His education took place at one of America's most dependable "Ivy League"-class reactionary imperialist colleges, Georgetown, run by Cold War jesuits whose hatred for the Soviet Union, China and any nation that endorses or endorsed communism at one point is simply enduring and undiluted. (Fordham, another Catholic college of similar ideological bent, is the "poor man's" Georgetown, the alma mater of people like CIA honcho John Brennan). This is the same university where some of Washington's most bloodthirsty Cold Warriors and Neocons came from, taught at or been associated with. I'm talking Jeanne Kirkpatrick, tons of fierce anticommunist ideolog refugees from Eastern Europe, Cuba, and so on, not to mention Henry Kissinger, Zbigniew Brzezinski, James Schlesinger, and others of similar influence in the shaping of US foreign policy. The school's CSIS (Center for Strategic and International Studies) has accommodated worthies like John McCain (an obsessive warmonger and Russophobe), and former Secretary of Defense Leon Panetta, Chevron Chairman and CEO John Watson, Royal Dutch Shell CEO Peter Voser, former U.S. National Security Advisor Tom Donilon, and Chairman of the Joint Chiefs of Staff General Martin Dempsey. In sum, along with Harvard and Yale, Columbia and a select handful of other top universities, Georgetown is a prominent den of "national security experts". It barely needs pointing out that with those creds the man is also organically linked to the Pentagon and leading conservative publications and organizations, imperialist think tanks, and business orgs, all of which easily explains his disgust at seeing Feinstein saying a few kind (and truthful) words about China. It does not help that, as Indian-descent, Enjeti may also have a personal beef with China, a nation with which India's ruling class has been having border clashes since at least 1962.  The kind of poison constantly disseminated by Georgetown and its affiliates can be seen in this recent guest post by an emigre from Ukraine, Bogdan Globa: