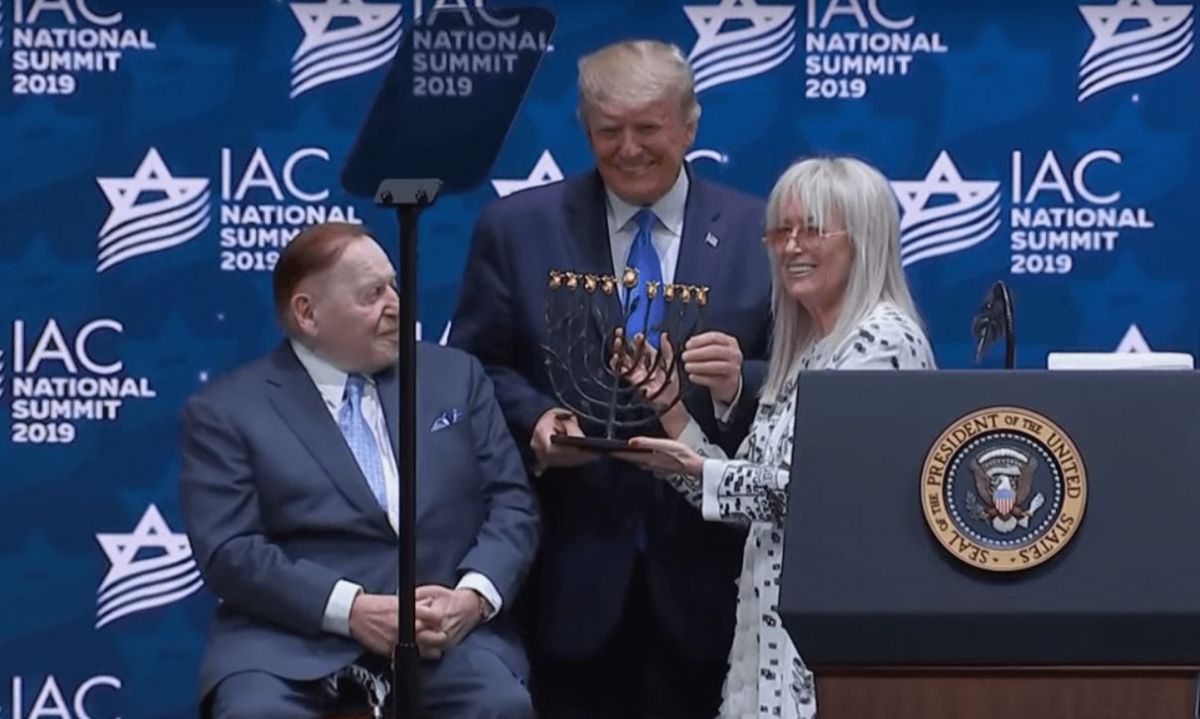 The New York Times today buried some news that could turn out to be vital to peace in the Middle East over the next few months. Toward the end of a report on Trump’s bizarre press conference/campaign rally at his private club in New Jersey last night, the paper revealed that he is quarreling with Sheldon Adelson, the billionaire pro-Israel mega-donor:

Earlier in the week, Mr. Trump had a tense phone call with the casino magnate Sheldon G. Adelson, whom the president upbraided for not donating more to support his re-election, according to a person familiar with the call. Mr. Adelson and his wife donated $10 million to a super PAC supporting Mr. Trump in 2018, and have each written checks for nearly $600,000 during this cycle.

The Times drew no conclusions from this intriguing fact. But anyone who follows the Mideast recognizes that a Trump-Adelson rupture could have two positive consequences right away:

* Trump could now be less likely to support Benjamin Netanyahu’s hope to illegally annex up to 30 percent of West Bank Palestine.

* Trump could also be less likely to let Israel sucker him into starting a conflict with Iran.

This mildly optimistic scenario is based partly on a revelation in the memoir of John Bolton, who served as Trump’s national security adviser before turning against him. Bolton says that the U.S. was all set to launch air strikes against Iran in June 2019, but Trump called off the attack at the last minute, concerned that it might kill 150 Iranians. Bolton (who Trump appointed apparently to please Adelson) was disgusted, but the episode may show that the president has to be prodded into using violence.

The brief Times mention of the Trump-Adelson disagreement raises an interesting question: why didn’t the paper consult Mideast experts and draw some conclusions about the rupture’s possible impact on U.S. policy? Adelson’s warmongering pro-Israel views are no secret; he has even called for “an atomic weapon” to be fired at Iran. If a mega-donor connected to say, Big Pharma, broke with Trump, the Timeswould surely connect the dots. But somehow the Israel factor goes unreported.

(P.S. Politico is also reporting about the Trump-Adelson disagreement — and also making no mention of its potential impact on Israel, Iran and Mideast peace.)

James North is a Mondoweiss Editor-at-Large, and has reported from Africa, Latin America, and Asia for four decades. He lives in New York City.
RevisShielded: 7,378