Home AMERICAN BRAINWASH Why has the Chinese government failed to convince the American public that China is their friend or at least not their enemy?

Why has the Chinese government failed to convince the American public that China is their friend or at least not their enemy? 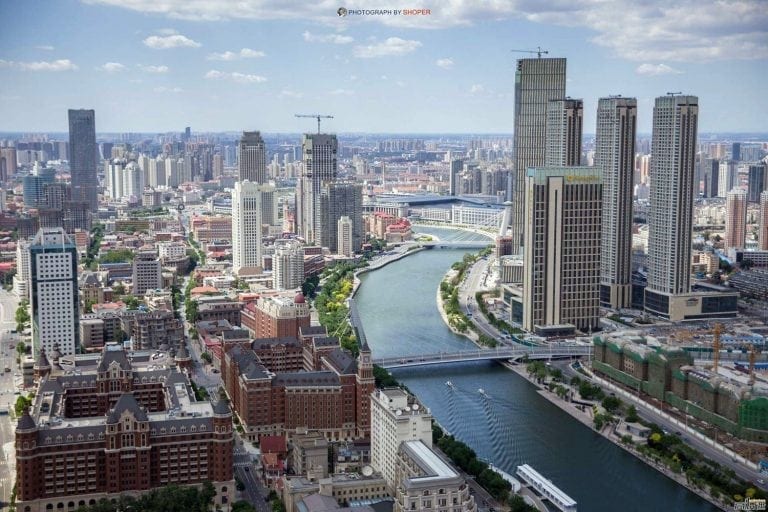 China's modern cities have sprung up in less than a generation, announcing the arrival of a far more rational and vibrant socioeconomic system.

Why has the Chinese government failed to convince the American public that China is their friend or at least not their enemy? That is a damn good question, with a surprisingly simple answer.

At present, 90% of Americans learn about China through Western media, so it’s hard for the Chinese Government to convince Americans of anything.

American media are even more tightly controlled than Chinese media and far less trustworthy, says the American Press Institute, “Just six percent of Americans say they have a lot of confidence in the media, putting the news industry about equal to Congress and well below the public's view of other institutions”.

Americans don’t trust what their media tell them, but they don’t have other sources of information, either. 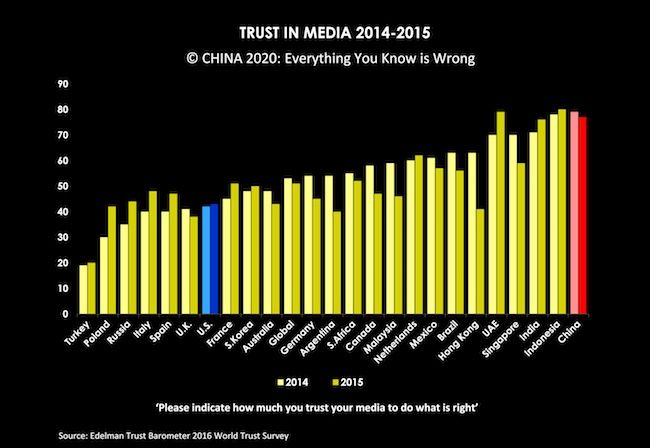 Why are you taking our country in the wrong direction? 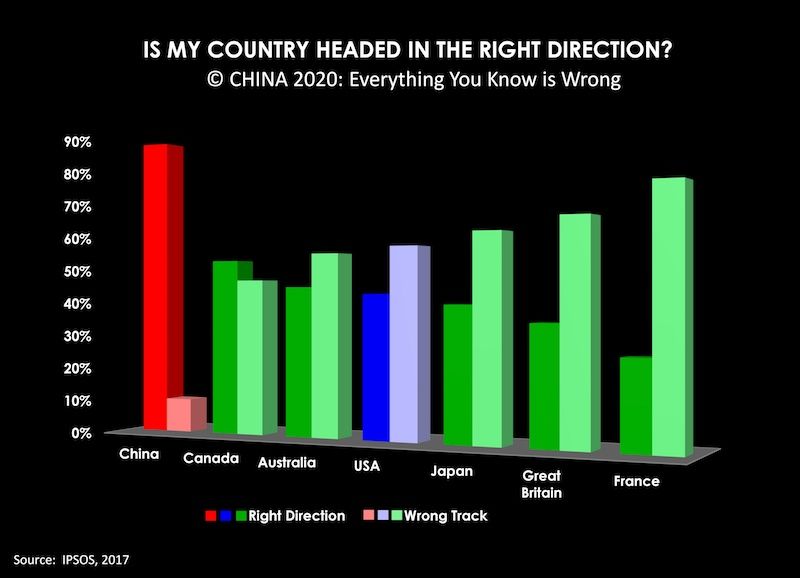 Why don’t I have a home? 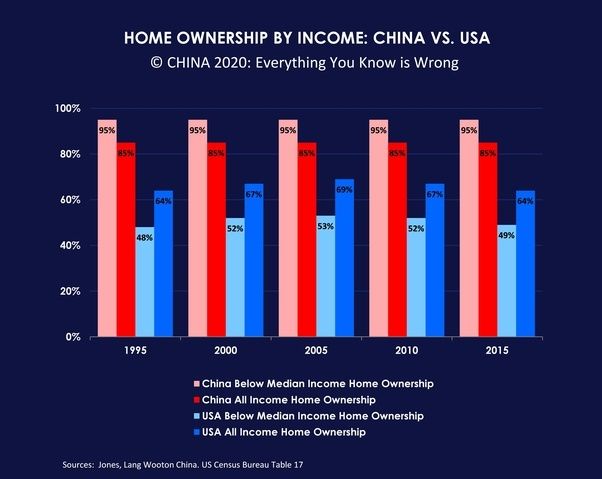 Why are my kids hungry? 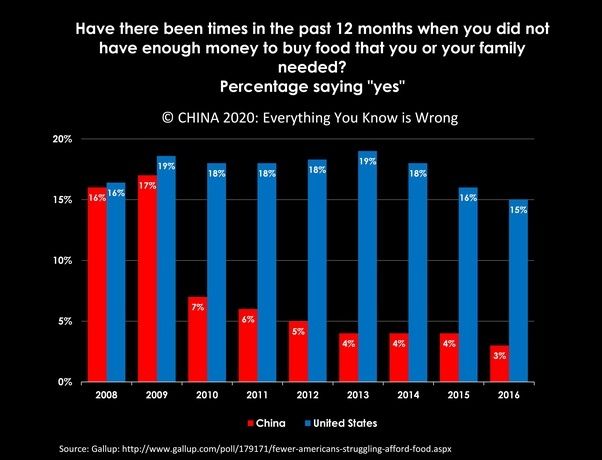 Why does the government spend so much and achieve so little? 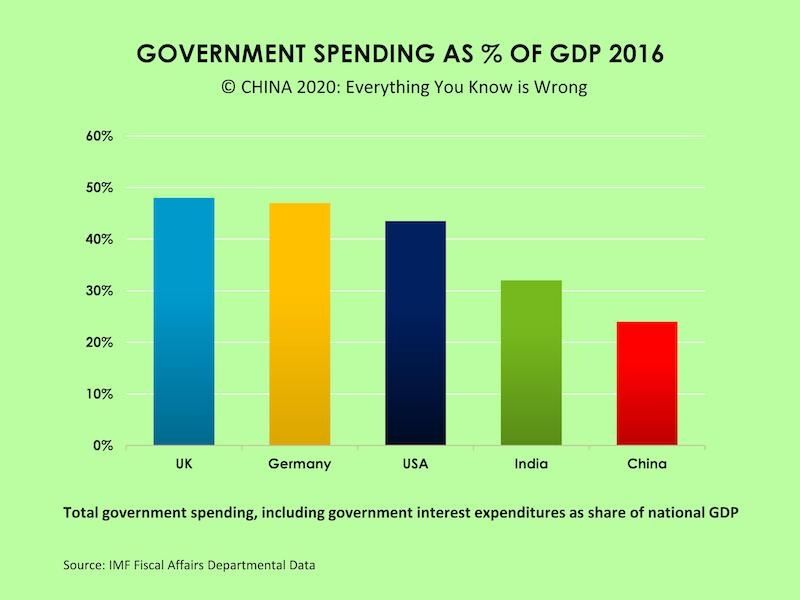 Why is crime so bad when we spend four times more on police than the Chinese? (Who have a population roughly 4 times bigger?) 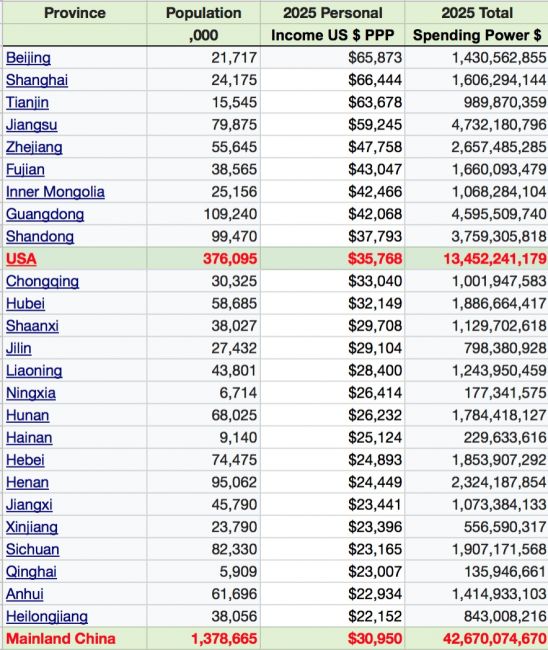 I think you will agree that they are disturbing questions and it’s probably best that people don’t ask them, in which case, it’s best that they don’t find out, which is fine, because their media certainly won’t let them.

This item ran first on Quora, and has acquired about 56.7K views. Quora is now apparently trying to stifle it.

Joey Yu says: (February 22) —"The average American also has never left the United States. Never seen another country unless it's through the media, and what the media shows them is probably outdated."  • And nearly all Western media has the constant anti-Chinese political refrain which has brainwashed many even highly educated American and British professionals. I have given up trying to correct such people because I would lose their friendship if I continue to do that. But that brainwashing rankles.
George Tait Edwards Mercantile “we both win” economies like China and Carthage do not offend their customers. Military “we win, you lose” bully-boy economies like the USA and Rome always do attack their enemies and even their friends. That is the historical pattern during the last few thousands of years. Trump is continuing that pattern - it’s all he knows he can do - and has deliberately made enemies of the rest of the world. America is proving it is nobody’s friend. MAGA is MEEBA- “Make Everyone Else Below America” and that’s no longer possible. Fortunately. 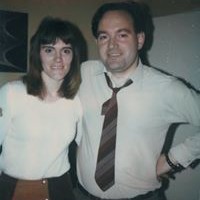 Dr. Strangelove’s Spoon Benders: How the U.S. Military Learned to Stop Worrying and Love the Bomb