October 23, 2020
Please make sure these dispatches reach as many readers as possible. Share with kin, friends and workmates and ask them to do likewise. 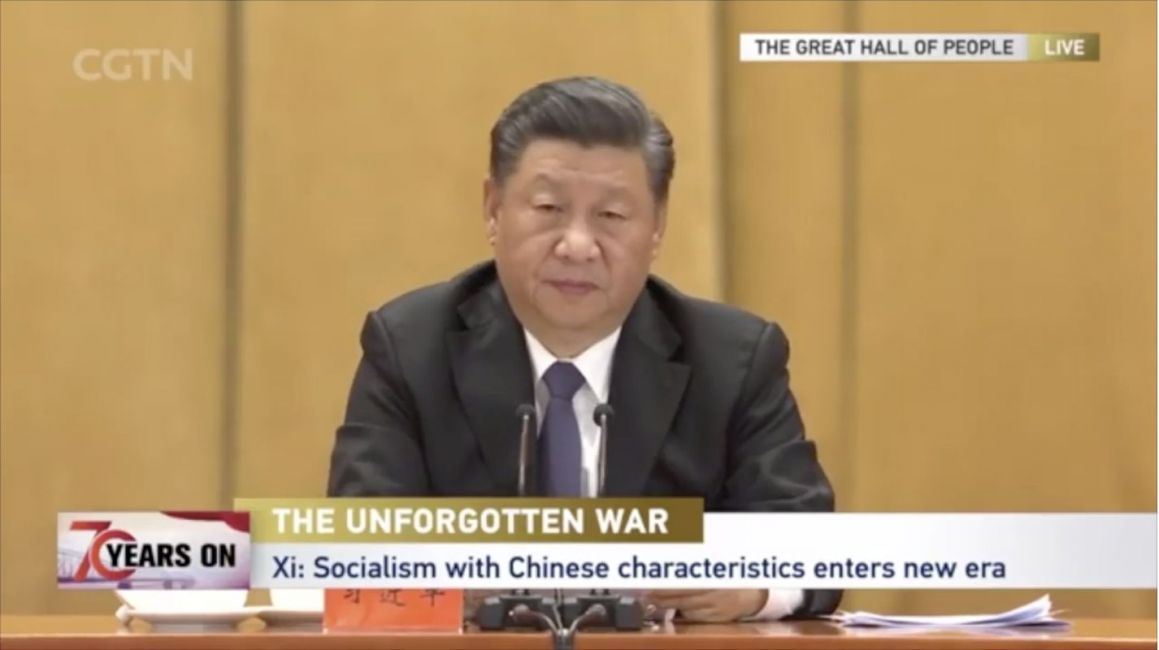 CGTN
Chinese President Xi Jinping said on Friday that China must turn itself into a modernized power and build a world-class army, as a strong military can provide "strategic support" to the country's national rejuvenation.

Xi, also general secretary of the Communist Party of China (CPC) Central Committee and chairman of the Central Military Commission (CMC), was addressing an event commemorating the 70th anniversary of Chinese People's Volunteers (CPV) army entering the battlefield in the War to Resist U.S. Aggression and Aid Korea (1950-1953).

The world faces the challenges of unilateralism, protectionism and hegemonism, he said, and people from all countries should work together and defend multilateralism, peaceful development and win-win cooperation.

As a responsible world power, China upholds universal values such as peace and development, equality, justice, democracy and freedom, as well as promotes global governance through the principles of consultation, contribution and shared benefits, Xi stressed.

But the president said that China will not compromise on its national sovereignty, security and interests.

The Chinese people, he continued, will definitely fight back once external forces attempt to invade and undermine China's territorial integrity.

The history of the War to Resist U.S. Aggression and Aid Korea tells us that China must stick to the leadership of the CPC and strengthen the Party's role as the CPC is the most reliable "backbone" of the Chinese people, Xi said.

No other political party in the world would sacrifice the lives of its members and fight for the Chinese people like the CPC, he added.

Xi urged the CPC to adhere to a people-centric approach as the Party must wholeheartedly serve the Chinese people and rely on them to achieve national rejuvenation.

China must also speed up the modernization of national defense and build a top-tier military that can stop external forces harming its sovereignty and national interests, he said.