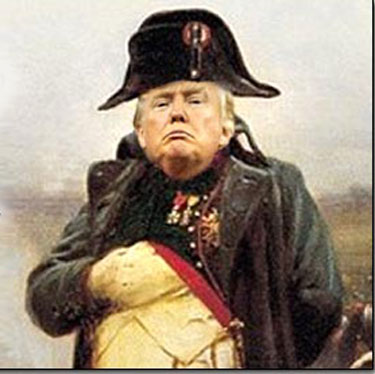 On a very charitable day, the Trump phenomenon could be seen as a downright bumbling and opportunistic Bonapartist attempt doomed to fail (due to the grotesque ineptitude and inherent chicanery of the principal), to ride the structural crisis facing the US capitalist class to personal power. (No offence to the real Bonaparte, folks!)
Trump was the timely beneficiary of overwhelming disgust with the two party system and its inability to further working class interests. The existing system provides a facade of democracy while promoting capitalist class interests and shielding the actual policy makers from any accountability for their lack of furthering working class interests. If managed properly, the capitalist class can play both sides against each other in perpetuity without having to offer any concessions to the working class.
Instead of engaging in the slippery slope of concession granting, the billionaire-owned mass media stokes racial and cultural divisions resulting in the desired fragmentation of the working class. With the working class bifurcated into two broad groups, the mass media manipulates these groups through the propaganda technique Bernays called “continuous interpretation” in which daily events are explained through the red or blue partisan lens with the intent of rendering public opinion compatible with establishment interests while keeping the electorate divided.
With red and blue falsely depicted as opposite ends of the political spectrum, blue achievement is seen as red loss and vice versa. This tug of war is stage-managed by class conscious establishmentarians whose prime directive is to ensure that neither side “wins” thereby maintaining the system’s viability and perpetuity. Though differences exist between the two parties, they amount to little more than strategic disagreements over how to best consolidate capitalist class power and maintain their system. Their respective platforms are in a continuous state of flux and not adhered to in any event if contradiction and hypocrisy can result in partisan gain. 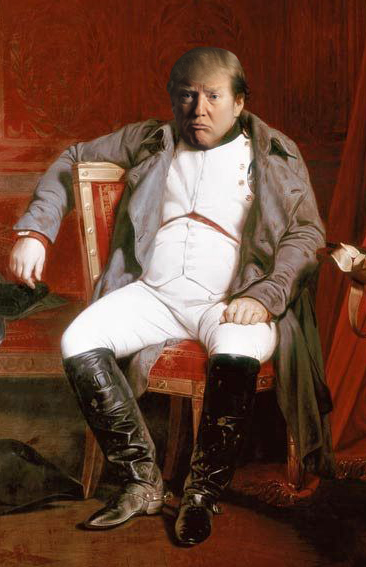 The Mechanism of Invisible Hand, Invisible Cage and Invisible Empire Over Humanity and Nature