March 29, 2021 6 minutes read
Please make sure these dispatches reach as many readers as possible. Share with kin, friends and workmates and ask them to do likewise. 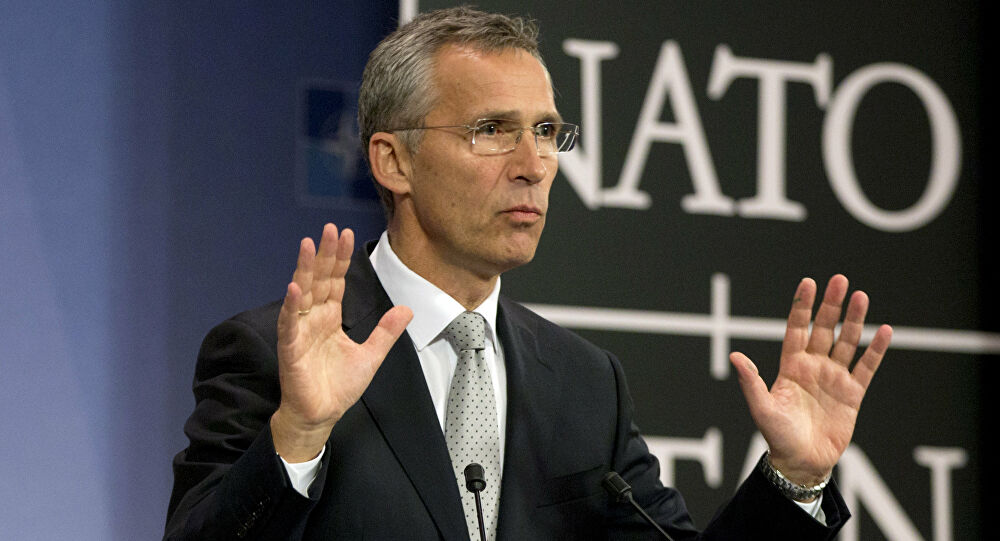 A pathological self-promoting new Quisling to all humanity, Jens Stoltenberg typifies the corruption represented by NATO. Stoltenberg's fronting for America's putrid war designs, and Sweden's abject collaboration with Washington in the silencing of Assange should put an end to the notion the Scandinavians stand for a better brand of political morality.

Forget about China, or Russia, being an alleged threat. They are in actual fact an “opportunity” for NATO and U.S. imperialism. In an unguarded moment, NATO’s secretary-general Jens Stoltenberg let the cat out of the bag when he described the rise of China as both a challenge and “an opportunity”. What he was admitting unintentionally is that a confrontational policy toward China gives the military alliance some badly needed new purpose.

Stoltenberg was giving an exclusive interview to Deutsche Welle to mark the first ministerial NATO summit attended by the Biden administration. The two-day summit held on March 23-24 at NATO headquarters in Brussels involved in-person participation of U.S. secretary of state Antony Blinken as well as other foreign ministers of the 30-nation military alliance.

The NATO meeting comes as the United States and its European allies are ramping up a coordinated policy of sanctions against China and Russia over alleged human rights issues. This week saw an unprecedented coordination by the U.S., Canada, Britain and the European Union in implementing new sanctions against Beijing and Moscow. It is no coincidence that this provocative development comes after high-profile international meetings, both in-person and via videoconferencing, by the Biden administration calling for allies to adopt a more adversarial and unified position toward China and Russia.

The Biden administration has changed tack from the predecessor Trump “America First” policy to vigorously advocate for a “revitalized” transatlantic relationship. Washington views a more unified U.S.-Europe axis as a more effective strategic way to challenge China and Russia. And NATO is providing a renewed coordinating vehicle.

But in seeking unity, the Biden administration is by necessity having to push a much more aggressive policy toward China and Russia, portraying them as greater threats. This means the American military alliance takes on greater responsibility for spearheading Washington’s policy. A NATO joint statement this week affirmed the alliance’s unity in the face of Russian “aggression”. Moscow slammed the statement, saying that Russia threatened no nation, and that NATO was trying to justify its existence.

Senior Russian lawmaker Leonid Slutsky said that NATO’s claims about being a defensive alliance are a “blatant lie”, pointing to wars and interventions it has launched in former Yugoslavia, Afghanistan, Iraq, Libya and Syria.

America’s top diplomat Antony Blinken this week claimed that China’s rise and Russia’s attempts to destabilize the West were “threats” that required NATO to come together. Blinken added disingenuously that the U.S. won’t force its allies into making an “us or them choice” with China. That’s exactly what the U.S. is doing.

Jens Stoltenberg and other European leaders have been swooning over the “new chapter” in transatlantic relations under the Biden administration. After four years of dealing with vulgar-mouth Donald Trump and his relentless hectoring over military budgets, some European leaders are sighing with relief at Biden’s seemingly dulcet assurances that “America is back”.

Of course people like Stoltenberg, a former Norwegian prime minister who has been the civilian head of NATO since 2014, are reliant on pushing a stronger alliance for their comfy livelihoods and no doubt for future sinecures at corporate-funded think-tanks. Stoltenberg is constantly striving to find a new vision and mission for NATO, an organization founded over 70 years ago at the start of the Cold War, and which has been expanding ever since despite the official end of the Cold War three decades ago. The buzz phrase he uses is to make the alliance “future-proof” – that is to find a permanent pretext for the U.S.-led military organization to continue its existence regardless of real-world security needs.

In his interview with Deutsche Welle this week, Stoltenberg commented on the rise of China. He said, inferring something menacing: “China is coming closer to us, investing in our critical infrastructure.”

Well maybe that’s because China is the world’s biggest trading partner with the European Union and a major foreign direct investor in European nations which have become bankrupt from decades of neoliberal capitalism and austerity.

Stoltenberg went on: “There’s no way we can avoid addressing the security consequences for our regional alliance of the rise of China and the shift in the global balance of power.”

And then the usually cautious, wooden Stoltenberg let it slip: China, he said, provided “a unique opportunity to open a new chapter in the relationship between North America — the United States — and Europe.”

Voila! So the real strategic value of China being presented as a “threat” or an “adversary” is to give a new purpose to the U.S.-led NATO bloc which subordinates Europe to Washington’s geopolitical objective of hegemony. The emphasis here is on China “being presented as a threat” and not what the real relationship actually is, that is, one of a vital economic partner. (Same for Russia and its vast energy partnership with Europe.)

The United States in pursuit of global dominance by its corporations and its capitalist order must, by definition, thwart a multipolar global political economy which the rise of China and Russia embody.

The fiendish political problem, however, is that Washington and its European surrogates cannot justify such a stance based on the normal and natural relations that exist. For in doing that, they would be seen as obnoxious, unwarranted aggressors. It is imperative therefore to conflate China and Russia as “security threats” to the presumed Western “rules-based order”.

Never mind that the Western “rules-based order” has seen NATO powers trashing rules and order by invading countries all around the world, waging criminal wars and subversions, killing millions of people and unleashing terrorism and other security threats stemming from collapsing nations and mass migration.

Forget about China, or Russia, being an alleged threat. They are in actual fact an “opportunity” for NATO and U.S. imperialism, which the alliance ultimately serves, to find an excuse for their criminal existence and conduct. Just ask the secretary-general Jens Stoltenberg (who, as the jokes goes, is more secretary than he is general). 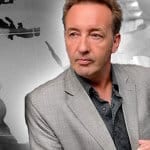 INDISPENSABLE READS: The Consequences of Moving from Industrial to Financial Capitalism