Home ABOMINATIONS The Imperialism of Foolery

April 8, 2021 10 minutes read
Please make sure these dispatches reach as many readers as possible. Share with kin, friends and workmates and ask them to do likewise.

by Diana Johnstone in Paris
CROSSPOST WITH CONSORTIUM NEWS

Pro-Western Syrian exiles have issued a diatribe against the most informative critics of U.S. war policy at a time when Washington’s aggressiveness is reaching new levels of intensity. 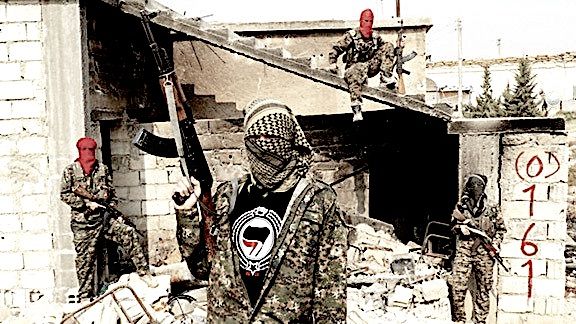 The Western supported ISIS infestation of Syria. That does not seem to concern the distinguished signatories.

No promising event has more fully failed to keep its promise than the optimistically named Arab Spring.  Ten years ago, massive protest demonstrations that began in Tunisia and moved quickly to Egypt were hailed as the harbinger of democracy overtaking the Middle East in one great swoop of history.

It didn’t go that way. The result has been demoralization in Tunisia, enforced military rule in Egypt, the destruction of Libya as a viable nation, endless war and famine in Yemen, Syria in ruins, and not a scratch on the most autocratic nations in the region, starting with Saudi Arabia and Qatar.

Libya offered decisive evidence that “getting rid of a dictator” does not automatically transform a country into a new Switzerland.

A lesson to be drawn is that when it comes to trying to unite and modernize relatively new nation states (especially in the hostile environment of the Middle East), the imperfections of developing ways to govern must deal with sometimes  antagonistic, tribal, ethnic and religious groups.  If the shell is broken, what emerges may be chaos rather than the neat, peaceful, party rivalries of Western representative democracy — a political norm quite recent in human history.

This norm was much more a product of the evolutionary growth in economic power and influence of the bourgeoisie in Western society than of violent revolution, although the process did involve violent uprisings in France and the American colonies of the British Empire.  However, throughout the 20th century, revolution was associated not with the institution of electoral systems — democracy as currently understood — but rather with going beyond such “formal democracy” in order to institute a change in the economic system, namely socialism.

The liberals' malign uselessness of the "a plague on both your houses" posture can be seen writ large in this phony denunciation by Gilbert Achcar and his cronies.

This was what revolutionary movements, notably those labeled as anarchist or Trotskyist, had in mind.  In reality, genuine revolution is not a frequent event.  As the prospect of such social revolution in the West has faded, Western revolutionaries have turned to hailing any movement against existing non-Western states as revolutionary, progressive, if not socialist, then at least “democratic.”

Such revolutionaries, often academics, form a cheering section for one anti-governmental uprising after the other: for the “Kosovars” in Serbia, for Kurds anywhere, for Chechens when they were blowing up theaters and schools in Russia, for the Libyan protesters in Benghazi (who were actually Islamic fundamentalists, contrary to reports at the time), for Uyghurs today.

On March 27, the vicarious revolutionary cheering section marked the 10th anniversary of the war in Syria by sponsoring a statement by 65 Syrian exiles, many of them academics in Western universities, who are long-term opponents of the Baathist ruling party in Syria. 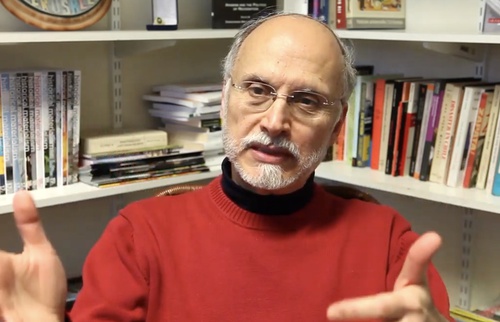 Franco-Lebanese academic Gilbert Achcar led the drive to gather over 300 supporting signatories from numerous countries.   The gist of the message was to condemn American and other Western independent anti-war writers for failing to support the Syrian revolution that never happened.

Because indeed, the democratic Syrian revolution with which those exiles identify did not happen. Demonstrations and repression do not make a revolution.  Those triggering events in early 2011 were rapidly hijacked by armed rebels supported by a range of outside powers aspiring to use the disorder to break Syria into pieces — a long-term policy aim of Israel which does not meet with opposition from Saudi Arabia, Qatar, Turkey… or their friends in Washington.  The Arab nationalist regime in Syria had been on their hit-list for decades.

The 65 Syrian signatories live in Western countries. Their text clearly presents Syria as a dichotomy between themselves, who oppose the regime, and Bashar al Assad. They accuse the anti-war writers of supporting Assad and “dehumanizing” the Syrian people by ignoring themselves, individuals who have opposed the Assad regime in the past and suffered for it.

“Demonstrations and repression
do not make a revolution.”

But the real existing conflict in Syria today is not between Bachar al Assad and 65 exiled intellectuals.  Proclaiming “support” for Westernized intellectual opponents of Assad is totally irrelevant to the existing situation.  The exiles could reasonably blame their irrelevance on the CIA, which spent a billion dollars a year, in cahoots with Saudi Arabia, in the clandestine Operation Timber Sycamore arming and training Islamist rebels opposed to Baathist secularism who made opposition to Assad their own exclusive cause.

Parts of Syria today are still under hostile occupation by Islamists with Turkish support around Idlib in the northwest; by the United States in the oil-producing regions of the northeast; and by Israel on the Golan Heights. For good measure, Israel bombs Syria from time to time.

The country is being quite deliberately strangled by U.S. sanctions.

None of this is mentioned by the Syrian exiles who feel abused by “self-styled anti-imperialist” writers who plead for an end to the sanctions that deprive Syrians living in their own country of food, medicines and other necessities of life.

Democracy can only be brought to a nation by its own people.  However, opposition figures in many countries are encouraged by the National Endowment for Democracy and less open channels to fancy that U.S. support can help them get rid of rulers they hate and even give them a role in a changed regime. Such figures were active in the invasion of Iraq and the destruction of Libya. In the present situation, the main thing such pro-Western Syrian exiles can do to apply for such support is to use their victim status to attack critics of U.S. foreign policy.

“Democracy can only be brought
to a nation by its own people.”

They have let themselves be rounded up for this purpose, issuing a diatribe targeting many of the most principled and informative critics of U.S. war policy.  The initial text cited by name investigative journalists Max Blumenthal, Aaron Maté, Ben Norton, Rania Khalek, as well as Caitlin Johnstone, Jimmy Dore, Antiwar.com, Kim Iversen, Mint Press News, Consortium News, and many others.  These names were scratched out by Achcar in order to induce Noam Chomsky to add his own most highly valued signature.

Aaron Maté of The GrayZone recounts that Chomsky defended his signature on the grounds that without the names, the letter is merely an “abstract statement of principle,” “expressing general support for people.”

But which people? By reducing Syria to a confrontation between themselves and Assad, the exiled intellectuals dismiss as insignificant millions of Syrians in Syria who, however critical of their government, support it in preference to chaos or rule by Islamist fanatics. Support to these Syrian exiles entails an attack on writers doing what Chomsky historically used to do himself: give priority to criticizing his own government, which he can theoretically influence, instead of trying to influence policy in foreign countries. 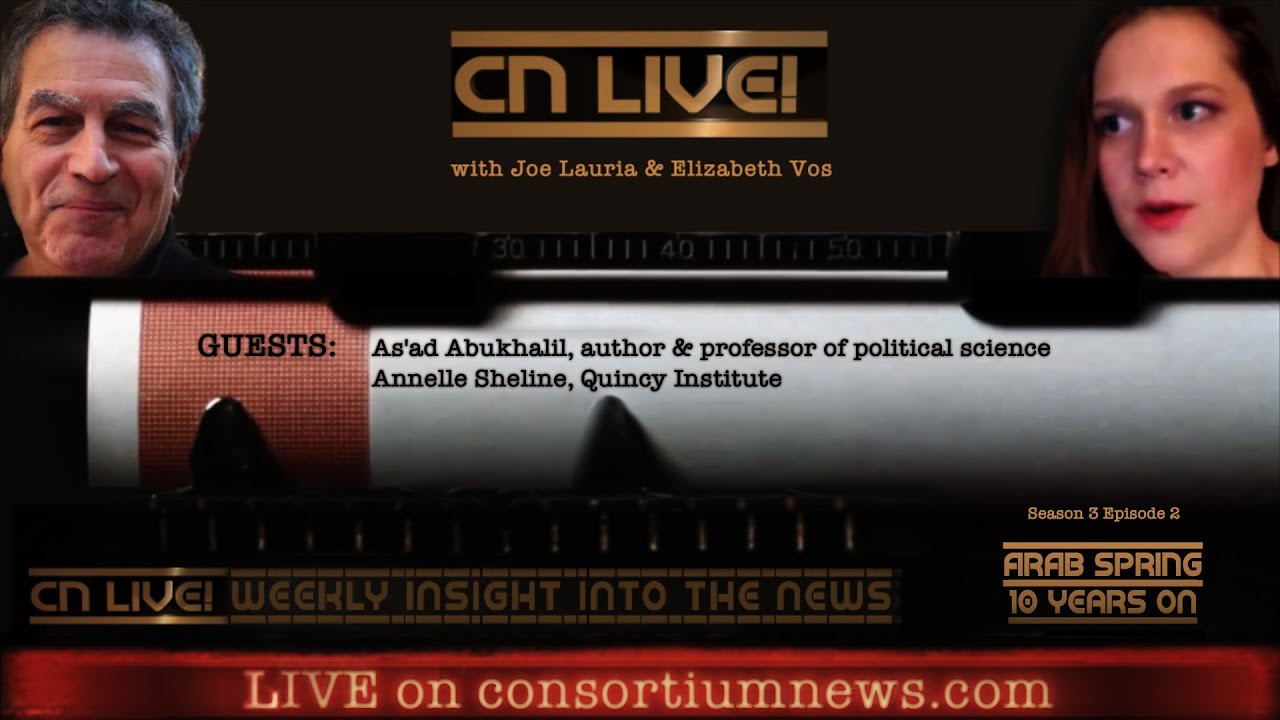 Throughout, this letter claims that critics of U.S. involvement in Syria are (1) motivated by “support for Assad” and (2) influenced in some way by alignment with Russia and China. No evidence or examples are provided to back these totally improbable assertions.  There is no mention of Turkey, Saudi Arabia or Qatar, and U.S. involvement is played down:


“But America is not central to what has happened in Syria, despite what these people claim. The idea that it somehow is, all evidence to the contrary notwithstanding, is a by-product of a provincial political culture which insists on both the centrality of US power globally as well as the imperialist right to identify who the ‘good guys’ and the ‘bad guys’ are in any given context.”

This is an extraordinarily meaningless statement. The U.S. is sitting on Syrian oil, letting it be siphoned off to Turkey, doing everything to prevent reconstruction, but it is “not central” to what has happened in Syria.  And it supposedly takes a “provincial political culture” to notice the “centrality of U.S. power globally.”

Huh? What on earth does that mean?  What is this “truly progressive and international approach to global politics” they yearn for?  What would it accomplish and how?  Not a clue.

“This is the ‘anti-imperialism’ and ‘leftism’ of the unprincipled, of the lazy, and of fools, and only reinforces the dysfunctional international gridlock exhibited in the UN Security Council. We hope that readers of this letter will join us in opposing it.”

This snide and incoherent broadside against genuine independent anti-imperialist writers comes at a time when Washington’s aggressiveness is reaching new levels of intensity and many antiwar writers are confronted with growing attempts at marginalization and even censorship. It is so timely to brand them all with the label “anti-imperialism of fools.”

To reply to the labelers in their language, let me say that the promoters of this despicable letter are practicing the imperialism of foolers. The gambit is to fool people into seeing imperialism in so many places that it is neutralized. The United States has a military budget that exceeds that of all its major adversaries and allies put together, operates nearly a thousand bases all around the world, destroys countries one after the other by sanctions and subversion, clearly wants to change regimes even in Russia and China, and practices nuclear war games on their borders.  Its world hegemonic pretensions are blatant and frightening.

No, we are not such fools.

Diana Johnstone is the author of Fools’ Crusade: Yugoslavia, NATO, and Western Delusions. Her lates book is Queen of Chaos: the Misadventures of Hillary Clinton. The memoirs of Diana Johnstone’s father Paul H. Johnstone, From MAD to Madness, was published by Clarity Press, with her commentary. She can be reached at diana.johnstone@wanadoo.fr .
Up to You.