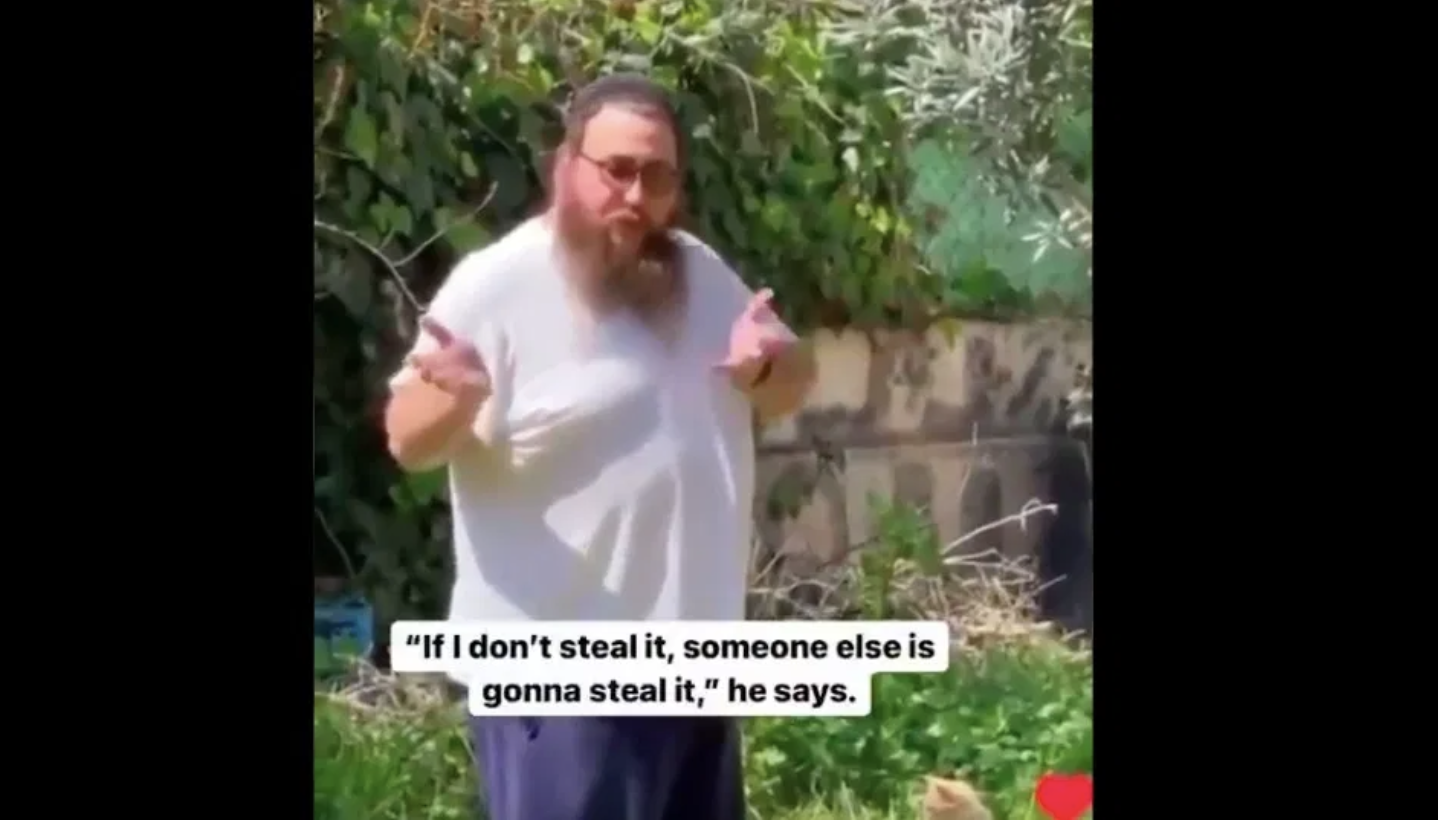 Listen to this article:
Going Rogue With Caitlin Johnstone · The Israel Narrative Is Crumbling Because Of Phone Cameras And The Internet

“Twenty-four people, including nine children, were killed in Gaza overnight, most of them in Israeli strikes,” reads a new report from AP. Nine children, killed with the help of United States funding to the tune of $3.8 billion a year. Remember kids, the US loves Muslims and just wants to protect their human rights.

“I am not aware of any Israeli who has been killed. And you ask me a question about ‘violence’ and ‘condemnation’? Did you see the images of the nine children being dissipated in Gaza tonight? ... We are sick and tired of the double standards.” - @hzomlotpic.twitter.com/YJHdSCWeAs

The Monday night airstrikes were in response to rocket attacks by Gaza resistance groups which had reportedly injured six Israelis, and those rocket attacks were in turn a response to a deluge of Israeli police brutality footage in Jerusalem in preceding days. Electronic Intifada reports:

This came at the end of a day of violence that began in occupied East Jerusalem, where Israeli forces assaulted worshippers at the al-Aqsa mosque compound, injuring hundreds.

Scenes of brutality in Jerusalem generated outrage and solidarity among Palestinians and around the world.

The military wing of the Palestinian resistance organization Hamas issued an ultimatum giving Israel an hour – until 6 pm local time – to withdraw its forces from al-Aqsa and the occupied East Jerusalem neighborhood of Sheikh Jarrah, and free detainees.

When the deadline passed, resistance groups in Gaza fired volleys of rockets towards Jerusalem for the first time since the summer 2014 war, prompting celebrations from some Palestinians.

This is a Twitter bot that tracks changes and edits to stories in the New York Times. Take a look at this and tell me there isn’t systemic anti-Palestinian bias in media. https://t.co/OLCfluXkuG

The mass media are working furiously to spin this in a way that rivals my satire piece from the other day. The New York Times has been cartoonishly re-writing its own reporting in a desperate attempt to make Israel look like an innocent victim of unprovoked attacks instead of the obvious aggressor against people protesting a brutal apartheid regime backed by an entire empire. The New York Post falsely reported that the deaths on Monday were caused by “Airstrikes from Hamas militants” (when did Hamas get an air force?) when sharing an article which falsely implied that those fatalities were inflicted by both sides. DW News framed its headline in a way that suggested the nine children killed had been involved in “fighting” against Israeli forces, and the word “clashes” is being thrown about willy nilly to describe a very one-sided assault.

But it isn’t working.

Social media is teeming with viral video footage of police assaulting peaceful worshippers in the Al-Aqsa Mosque compound, of Israelis cheering and chanting “Yimach shemam (may their names be erased)” at the sight of a fire near the mosque, of Israeli soldiers arresting Palestinian protestersusing the signature knee-on-neck maneuver made famous by the murder of George Floyd, many of which have millions of views. Mainstream politicians on both sides of the Atlantic are putting out statements explicitly condemning Israel as the aggressor in these attacks, and the White House is facing some actual adversarial journalism for once regarding its refusal to denounce the killing of Palestinian children and its absurd position that Palestinians have no right to defend themselves.

This is the most mainstream that criticism of Israeli apartheid oppression has ever been in my lifetime, and as more and more mainstream human rights groups begin acknowledging the reality of that oppression it’s only getting more so.

Whenever I say something critical of Israel I always get readers saying “Oh man, you’re going to get attacked so bad for this, dissent on Israel is not tolerated,” but quite honestly that hasn’t been my experience at all and I think it’s an outdated perception. In the few years I’ve been at this commentary gig I’ve found I get far more aggressive pushback when I criticize establishment narratives regarding Russia or China, or even Syria and Venezuela, than I do when I criticize Israel. The pushback is there of course, but it’s not nearly as virulent as what I’m used to.

There are a lot of factors contributing to the growing awareness of Israel’s brutality, but I think the main reason is very simple: there are only so many viral videos of unconscionable acts that can be dismissed with “Actually this is way more complicated than it looks.” It is not more complicated than it looks. Clearly. It looks bad because it is bad.

I'm building a new house. There were people living where I wanted to build it, so I just started building it on top of them. They tried to stop me so I had to kill them for being terrorists. If you disagree with my actions you're basically a Nazi. My house has a right to exist.

At a recent video appearance for the International Festival of Whistleblowing, Dissent and Accountability, Israel-based journalist Jonathan Cook described the changes he’s seen as smartphones and internet access made Palestinians less dependent on the work of sympathetic activists and gave them the ability to directly share footage of their own abuse. Cook says the following:

Sadly most corporate journalists paid little attention to the work of these activists. In any case, their role was quickly snuffed out. That was partly because Israel learnt that shooting a few of them served as a very effective deterrent, warning others to keep away.

But it was also because as technology became cheaper and more accessible – eventually ending up in mobile phones that everyone was expected to have – Palestinians could record their own suffering more immediately and without mediation.

Israel’s dismissal of the early, grainy images of the abuse of Palestinians by soldiers and settlers – as “Pallywood” (Palestinian Hollywood) – became ever less plausible, even to its own supporters. Soon Palestinians were recording their mistreatment in high definition and posting it directly to YouTube.

Seeing is believing, and a video is difficult to narrative manage. The dominant narrative is no longer solely in the hands of propaganda outlets like The New York Times which can spin everything that happens with a pro-Israel slant, it’s being spread all over the internet in a medium that is far more objective than print.

This is so effective because, unlike so many other ugly aspects of the US-centralized power alliance, Israeli apartheid is not some covert government operation being run by highly trained agents and manipulators. Those responsible for carrying out its day-to-day abuses are just ordinary civilians, police and soldiers who have not been trained on the sinister craft of perception management. Who aren’t acutely aware that it’s bad optics to tell a Palestinian family on camera that if you don’t steal their house then someone else will. Who don’t have bad PR at the forefront of their attention when they’re cheering as they shoot Palestinian protesters. Who just react to the racist nationalist propaganda they’ve been ingesting all their lives instead of considering how difficult it will be to narrative manage a video of them cheering and chanting “may their names be erased” at the sight of flames.

Hard to capture how deeply horrifying this video is. Thousands of Israeli Jews singing about revenge, chanting "Yimach shemam (may their names be erased)," dancing as a fire burns on the Temple Mount.

This is genocidal animus towards Palestinians — emboldened and unfiltered. https://t.co/ftmdMw8BUR

This is why the powerful are working so hard to censor the internet. If they can’t control what our dominant narratives are going to be, they will not be able to rule us.

Will they succeed? Jonathan Cook’s aforementioned speech concludes with some words of hope and encouragement:

The establishment are being forced into a game of whack-a-mole with us. Each time they bully or dismantle a platform we use, another one – like Substack – springs up to replace it. That is because there will always be journalists determined to find a way to peek behind the curtain to tell us what they found there. And there will always be audiences who want to learn what is behind the curtain. Supply and demand are on our side.

The constant acts of intimidation and violence by political and media elites to crush media pluralism in the name of “democratic values” will serve only to further expose the hypocrisy and bad faith of the corporate media and its hired hands.

We must keep struggling because the struggle itself is a form of victory.