July 12, 2021
Please make sure these dispatches reach as many readers as possible. Share with kin, friends and workmates and ask them to do likewise.

The same anti-communist and pro-imperialist message pours out of every media orifice in the West, whenever the case applies. The unanimity of the message gives the game away for the intelligent observer, but those, unfortunately, remain a painful minority in a world of cultivated imbecility.

Observe the barrage of disinformation served up by capitalist media as part of Washington's effort to overthrow the Cuban government. The key point here is that, yes, there are protests in Cuba, but these protests occur on account of (largely) precisely the highly difficult economic conditions created by the US blockade, unperturbed for 60 years, despite repeated near-unanimous UN resolutions condemning the US-imposed sanctions. In fact at this point even most of Washington's European lapdogs have voted against this illegal embargo, and that includes the super poodle, the UK. The only nations still voting to maintain the embargo are now the US and Israel. The US is isolated on this issue, but the oligarchy running the empire is impervious to such realities. Operating with impunity behind its huge military and equally enormous disinformation machine, the US oligarchy feels sure that it can easily contravene humanity's opinions. 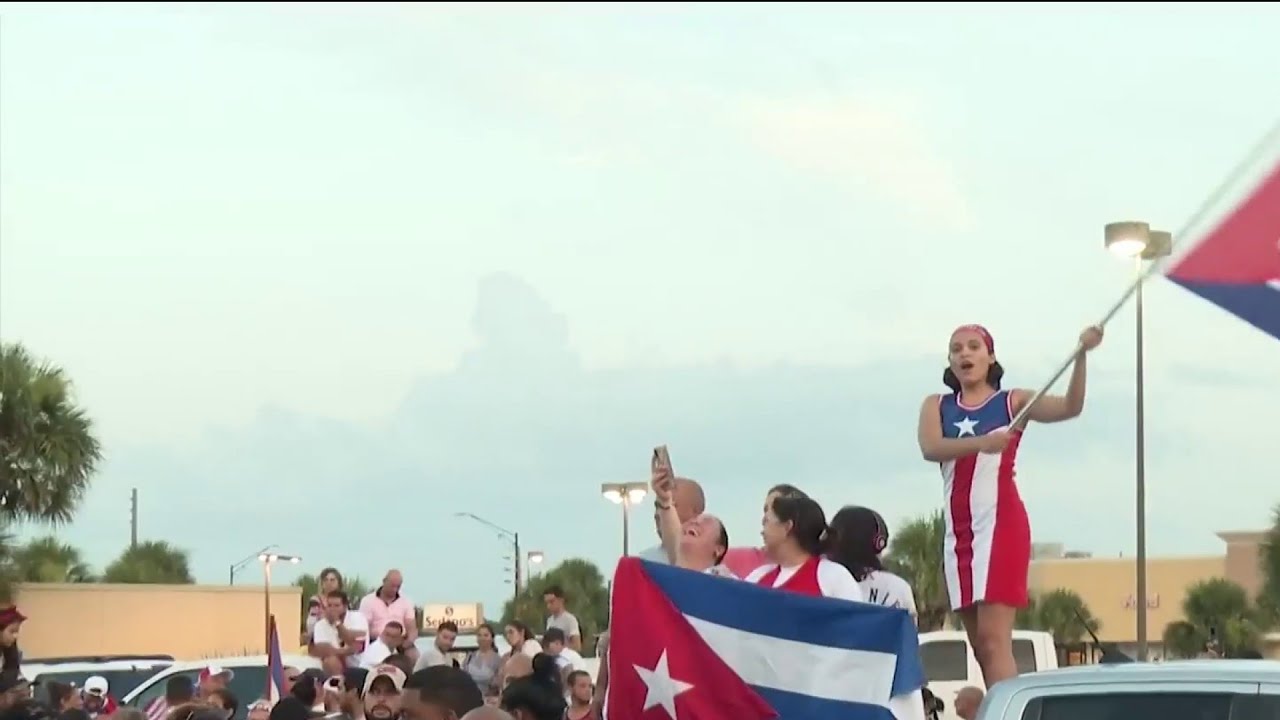 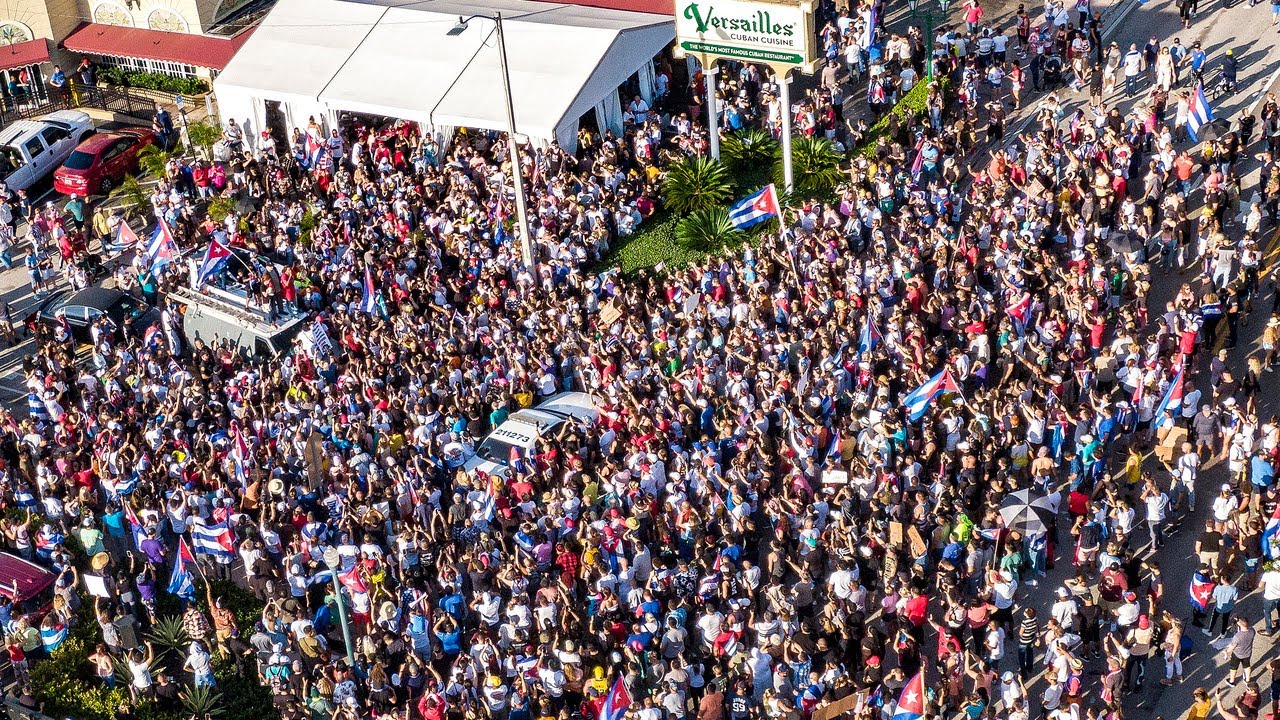 Blatant and dishonest propaganda:  This "anti-government" demonstration at this monument never happened.
Thousands protest in Cuba over food shortages and rising prices 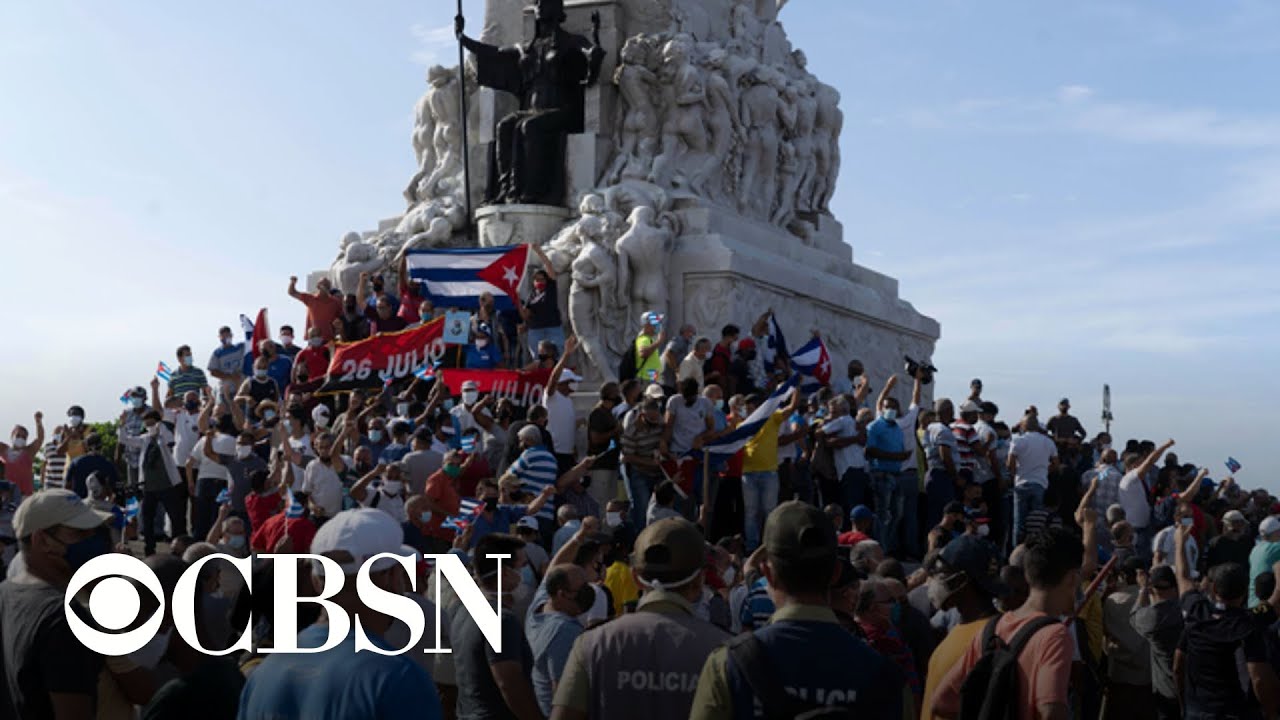 CBS News
Thousands of people in Cuba took to the streets Sunday to protest food shortages and high prices amid the pandemic. It was seen as one of the country's biggest anti-government demonstrations in decades. In Miami, people marched in solidarity with Cuban protesters. CBS News national correspondent Manuel Bojorquez joins "CBSN AM" from Miami with details. Jul 12, 2021 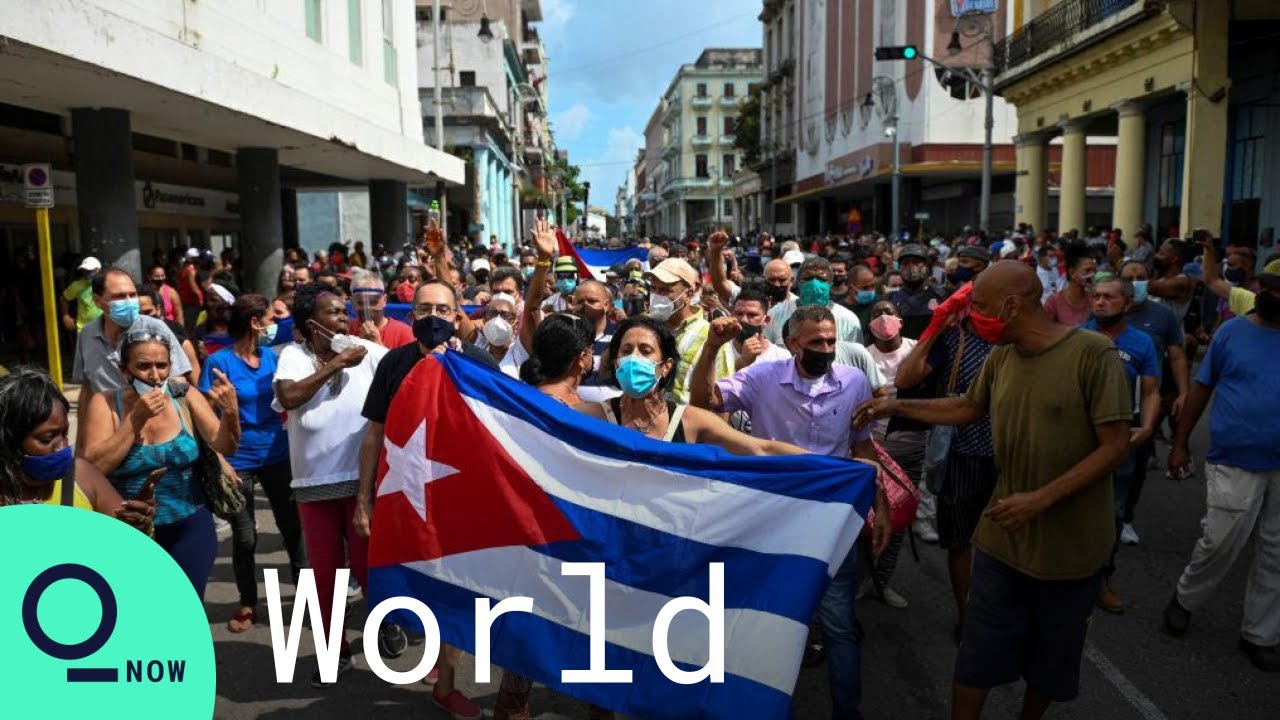 Thousands of Cubans protest against the communist government, chanting 'we are no longer afraid' 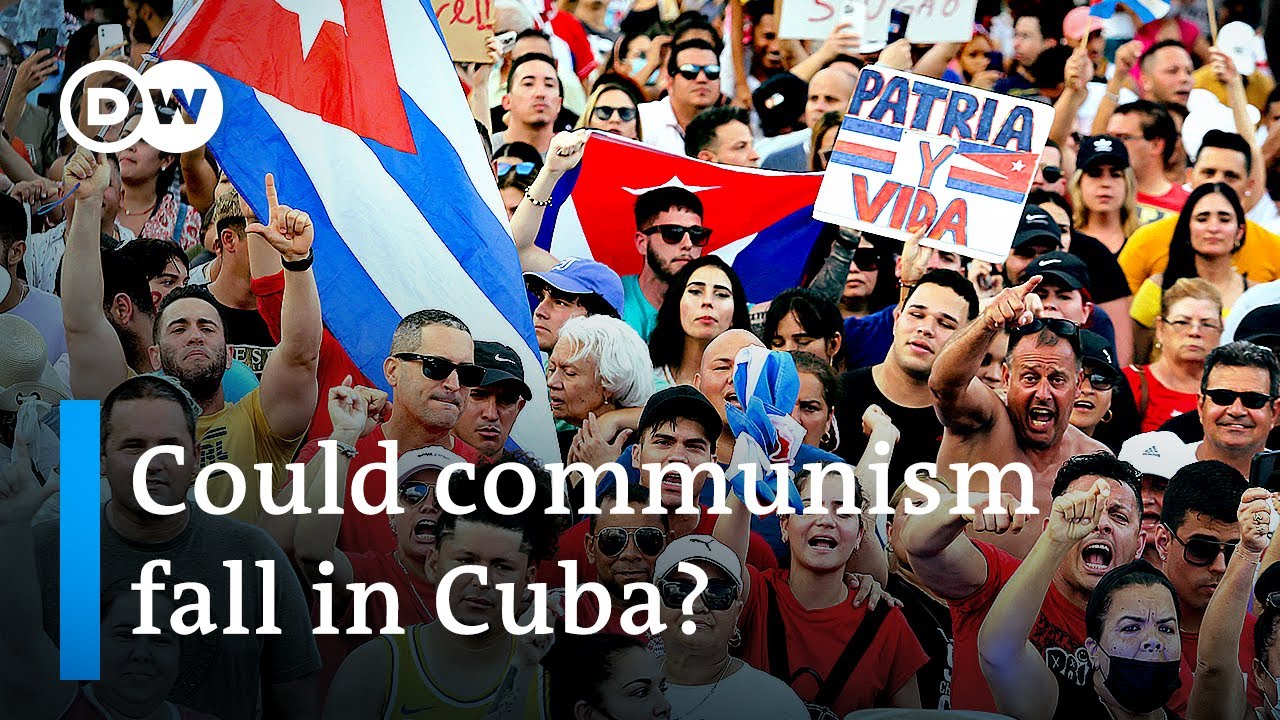 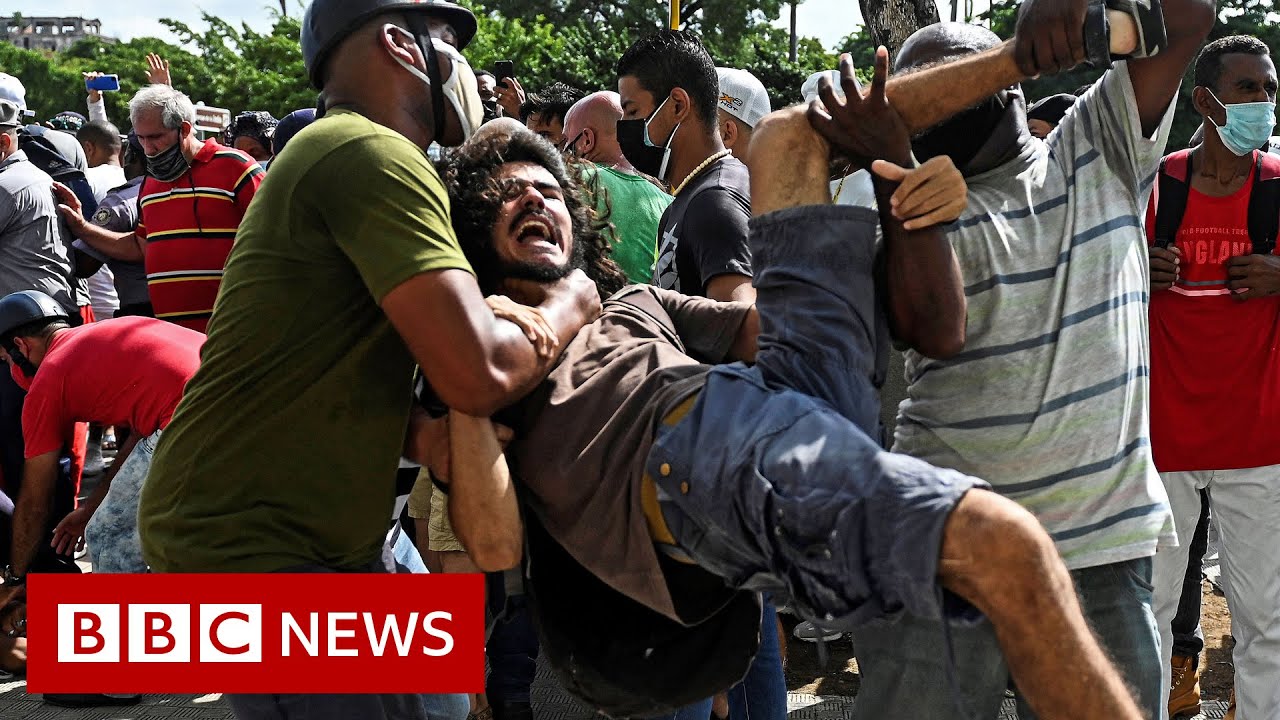 BBC News
Thousands of Cubans have joined the biggest protests for decades against the island's Communist government. (Although it doesn't do this too often, the BBC is the only news channel in this lot to mention the unmentionable. that the protests may have something to do with the longstanding US sanctions.)

Now multiply this by 10,000 or more and you get the idea what the "free press" is all about.

A Message by the Hood Communist

Over the past several hours, we have witnessed an intentional effort to stir up unrest in Cuba via protests that can be observed under the hashtag #SOSCuba. In the US, mainstream media is greatly overstating the support of these anti-communist protests on the streets in Cuba, while also neglecting to note the role the US has continued to play in manufacturing counter-revolutionary movements in Cuba like this in the past. #SOSCuba is a poor attempt to exploit the remaining social and class contradictions inside of Cuba for the benefit of US imperialism.

Those of us living inside the US must defend the Cuban Revolution by any and all means. You don’t get to live in the core of the world empire, a place that has had its boot on the neck of a small, overwhelmingly AFRICAN country just 90 miles off it’s coast, while posturing about “nuance” when talking about Cuba. You don’t get to live in a country where people convince themselves it is enough to vote for the “lesser evil” every 4 years and then sit back and pretend fascism has been defeated, while that “lesser evil” only goes on to create more harm than the evil before him.

In this edition of our newsletter, we’ve compiled some of our favorite articles and resources on Cuba and the impact of economic sanctions. Hopefully after reading, you can come to your own conclusions about Cuba and why it is necessary to defend the Cuban Revolution.

As the PEOPLE of Cuba have taken to the streets chanting this morning, “¡Cuba sí, yanquis no!” and “I AM FIDEL!”