Home AMERICAN BRAINWASH Taibbi: The Rittenhouse Verdict Is Only Shocking If You Followed The Last Year Of Terrible Reporting

Verdict triggers an explosion of anger and disbelief in millions of people conditioned to follow the liberal media's "woke" catechism.

By Matt Taibbi and Matt Orfalea, via Substack

2021-11-20
Taibbi: The Rittenhouse Verdict Is Only Shocking If You Followed The Last Year Of Terrible Reporting 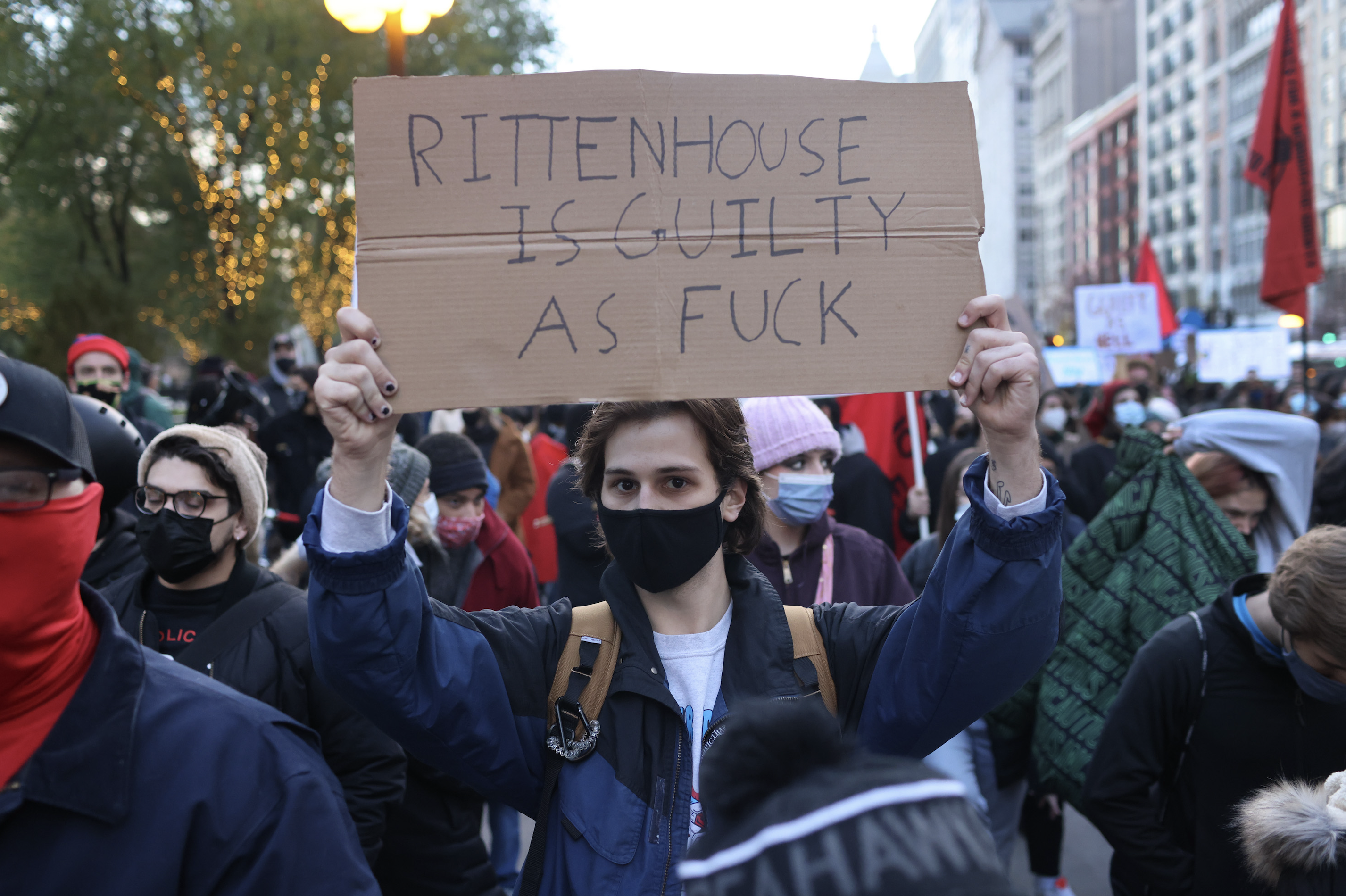 VICTIMS OF DISINFORMATION—The police murder of Jacob Blake in broad daylight, hypocritical liberal pandering towards minorities, and a long judicial tradition of outrageous favoritism toward whites, are the contradictory elements that produced the current confused reaction to the verdict. The masses, as usual, have been played by the Democrat-affiliated media, 1 pursuant to the party's "strategy of tension". America is a very messed up and brittle culture.

Kyle Rittenhouse was found innocent on all six felony charges today, already causing a great exploding of heads in the pundit-o-sphere. Unrest wouldn’t be surprising. How could it be otherwise? Colleagues in national media spent over a year telling the country the 18-year-old was not just guilty, but a moral monster whose acquittal would be an in-your-face affirmation of systemic white supremacy.

It used to bother me that journalists were portrayed in pop culture as sniveling, amoral weenies. Take William Atherton’s iconic portrayal in Die Hard of “Thornburg,” the TV-news creep who gasps, “Tell me you got that!” with orgasmic awe when an explosion rocks the Nakatomi building. I got that — I’d seen that face on reporters.

But risking the life of hero John McClane’s wife Holly by putting her name on TV, and getting the info by threatening the family nanny Paulina with an immigration raid? We’re bad, I thought, but not that bad. I got that it was a movie, but my father was a local TV man, and that one stung a bit.

MSNBC Thursday pulled a Thornburg in real life. Police stopped a man named James Morrison who was apparently following a jury bus, and said he was acting at the direction of a New York-based MSNBC producer named Irene Byon. Even if all you’re after is a post-verdict interview, if a jury gets the slightest whiff that the press is searching out their names and addresses, that’s clear intimidation. People will worry about the safety of their spouses and children as they’re deliberating. Not that it matters to anyone but the defense, prosecution, judge, jury, and taxpayers, but you’re also putting the trial at risk. I’ve covered plenty of celebrity trials, from Michael Jackson to the Enron defendants, and know the identifying-jurors practice isn’t unheard of. However, in a powder-keg case like this, it’s bonkers to play it any way but straight.

We’ve seen Die Hard-level indifference to social consequence from the beginning of this case. The context of the Rittenhouse shootings involved a summer of protests that began after the police killing of George Floyd, and continued in Kenosha after the shooting of Jacob Blake. We saw demonstrations of all types last summer, ranging from solemn candlelight vigils and thousands of protesters laying peacefully on their backs across bridges, to the burning of storefronts and “hundreds” of car thieves stealing “nearly 80” cars from a dealership in San Leandro, California. When the population is on edge, and people are amped and ready to lash out, that puts an even greater onus on media figures to get things right.

In a tinderbox situation like this one, it was reckless beyond belief for analysts to tell audiences Rittenhouse was a murderer when many if not most of them had a good idea he would be acquitted. But that’s exactly what most outlets did.

This is separate and apart from the question of whether or not you like Kyle Rittenhouse, or agree with his politics, or if, as a parent, you would want your own teenager carrying an AR-15 into a chaotic protest zone. The huge media error here was of the “Walls are closing in” variety, except the context was far worse. The “Walls are closing in” stupidity raised vague expectations among #Resistance audiences that at some unfixed point in time, Donald Trump would be pushed from office by scandal. In this case, the same people who poured out onto the streets last summer were told over and over that Rittenhouse was guilty, setting the stage for shock and horror if and when the “wrong” verdict came back.

BELOW: a retweet of Orfalea's compilation of irrefutable media bias:

Part 2 of the video produced by the brilliant @0rf: pic.twitter.com/B3a9B9218y

Media figures got every element of this story wrong. As documented by TK contributor Matt Orfalea, the Young Turks alone spat out all sorts of misconceptions with shocking inattention: that Rittenhouse was “shooting randomly at people” after falling down, that he’d fired first, that there was no evidence that anyone had raised a gun at him, among many, many other errors. Belatedly, the show conceded some of these problems. However, they had access to the correct information in most of these cases on the night of the shootings:

TYT's star host claims he wasn't aware of the images showing Grosskreutz pointing a gun at Rittenhouse until over a year later. The video was published the same night of the shootings by reporter/videographer @BGOnTheScene. pic.twitter.com/mJR8v7Hxsq

The Young Turks showed [belated] restraint relative to other outlets. Joe Scarborough on MSNBC said Rittenhouse unloaded “about sixty rounds” into the crowd (it was eight), adding in another segment that he “drove across state lines and started shooting people up,” and in still another that he was “shooting wildly, running around acting like a rent a cop, trying to protect property in a town he doesn't know.” (His father and other relatives live there). John Heilemann on the same channel said Rittenhouse was “arguably a domestic terrorist” who “crossed state lines to go and shoot people.” Bakari Sellers, CNN: “The only person who fired shots that night was Kyle Rittenhouse” (he didn’t fire first, and protesters actually fired more rounds).

Notes
1 The GOP-affiliated media, led by Fox, and many right-wing channels, also manipulate the masses openly and routinely. The US is arguably the most brainwashed and politically confused nation in the world.

Matthew C. Taibbi is an American author, journalist, and podcaster. He has reported on finance, media, politics, and sports. He is a contributing editor for Rolling Stone, author of several books, co-host of Useful Idiots, and publisher of a newsletter on Substack. ||||. Matt Orfalea is a satirical filmmaker, YouTuber, and video journalist. His work on the Kenosha/Rittenhouse case easily exceeds the informational value of most mainstream reports on the issue. 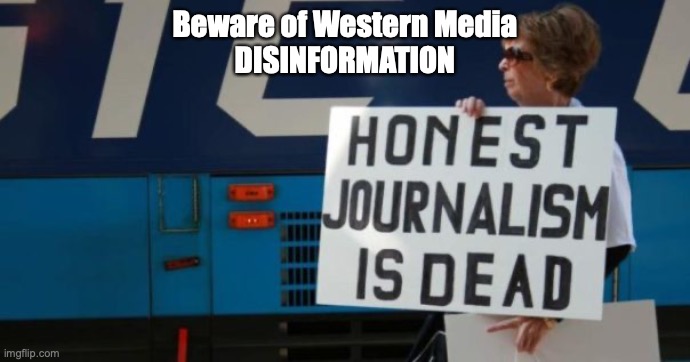