Necessity knows no manners—least of all the manners of cynical criminals.

September 17, 2022
Please make sure these dispatches reach as many readers as possible. Share with kin, friends and workmates and ask them to do likewise. 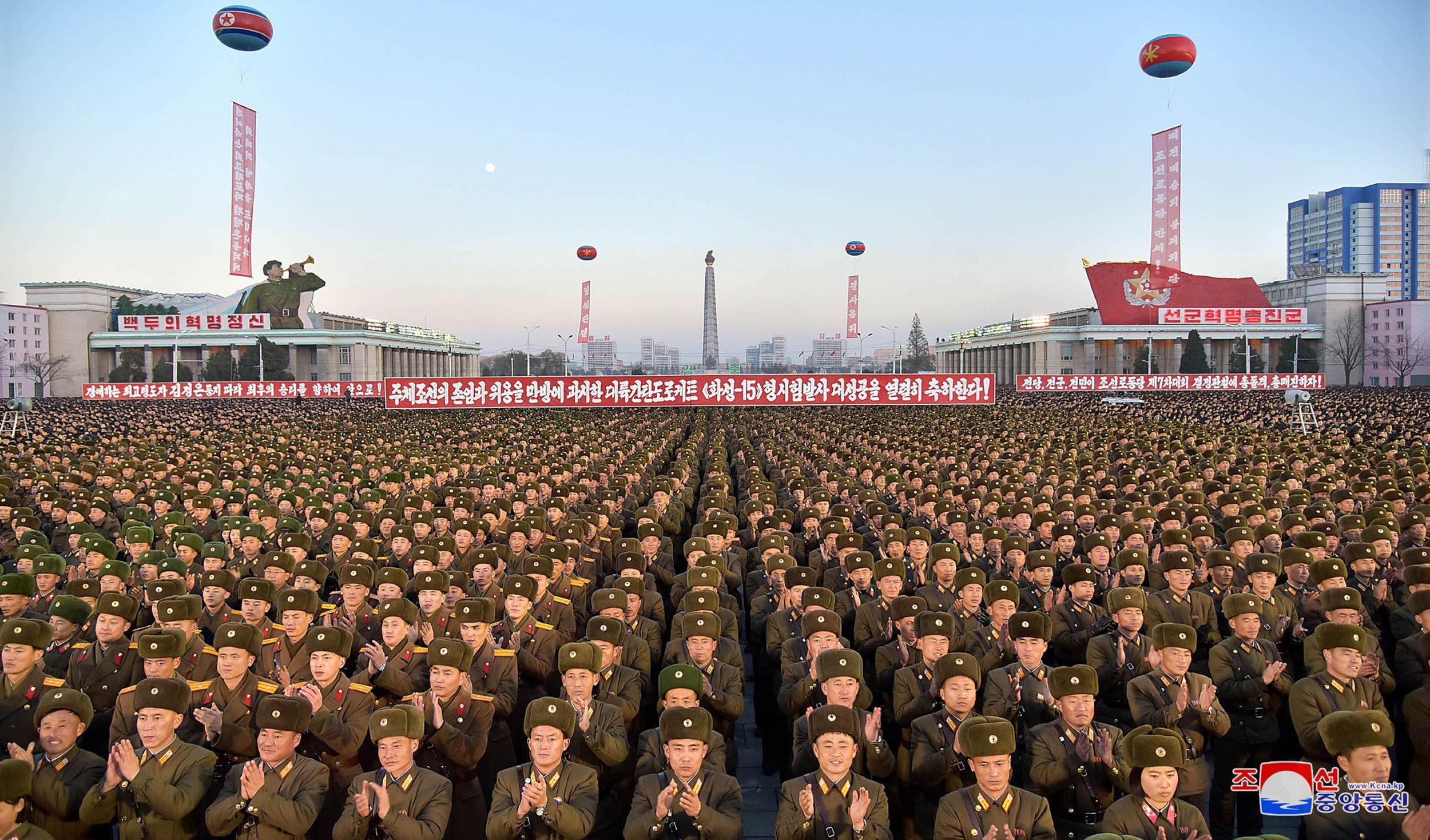 North Korea’s offer to send 100,000 peace workers to Eastern Ukraine is as much a game changer as was the appearance of the Red Army’s Siberian Divisions during the 1941-2 Battle of Moscow when Hitler’s exhausted Wehrmacht seemed on the verge of victory. Irrespective of whether Russia takes them up on the offer or not, because North Korea’s offer to trade their brawn for oil and grain has changed the status quo not only in Ukraine but in Syria, Iran and all other front line states as well, their offer is worth studying in more detail than that Newsweek and other discredited NATO outlets gave it.

In doing some basic math, let’s treat this proposal like the path breaking 1981 win-win swap between IBM and the World Bank. We have, thus, two key sides to this transaction, North Korea, which has an impressive work force to offer in exchange for scarce resources Russia, thanks to NATO’s criminal sanctions, has in abundance. Working at a price of $100 for a mixed basket of oil and grain, we see that Russia would be contracted to supply 100,000 baskets per stipulated time period when the North Korea work force reaches its full complement in Donbas, Damascus or wherever else they are deployed.

Taking it from a different angle, North Korea could be contracted on a piecemeal basis, with per diem allowances and other such perks offered. Let’s take the farmyards of Latakia in Northern Syria as an important illustrative example. North Koreans could plant and harvest crops, with a substantial, stipulated amount being fermented for better nutritional effect before being shipped off to North Korea. Such agreements would have the added benefit of resurrecting Northern Syria’s agricultural sector which NATO’s murderous sanctions and ongoing thefts by the U.S. military have all but destroyed.

More to the point, with Chinese financial backing, this proposal would supply the necessary lubricant needed to allow Syrians and North Koreans to once more have full stomachs. Currently, Syrian farmers cannot hire staff as NATO dragooned many of the workers, who formerly did such work, into their terrorist proxy gangs and the farmers lack both the finances to hire replacement workers and the markets to sell their products into as NATO has destroyed all of that. North Korean labor and Chinese seed finance, to be repaid both in cash and in kind over time, would solve those problems.

North Korea’s offer to send 100,000 peace workers to Eastern Ukraine is as much a game changer as was the appearance of the Red Army’s Siberian Divisions during the 1941-2 Battle of Moscow.

To see how this would work in both Donbas and Syria, let’s consider hypothetical building projects in Syria where the cement and glass industries were such high priority targets of NATO’s rebel proxies that they were a major catalyst for early stages of their entire campaign. Under this proposal, China, the world’s biggest cement producer, and Iran, whose cement exports have been hard hit by NATO’s criminal sanctions, would supply the raw materials by both exporting them and reinvigorating local Syrian (Donbas) production.

Those houses, apartments and basic infrastructure the North Koreans build in Syria (Donbas) would be paid for by a mixture of cash and kind. The value of a house is, in communities like those of Donbas and Syria, in its rental value, which is determined by such factors as its access to employment opportunities and basic services, such as schools, shops and so on.

If we assume, for exemplary purposes, the monthly rental value of an apartment is $100, this can be decreased by government grants and the renter paying for some of the rent in kind. If, for example, Chinese retail outlets were to be given franchises in these developments, then war widows, war veterans and the like could be hired in their outlets, with some of their pay being in kind.

Although similar schemes have worked in post War Japan and other countries as well, the key point for now is to concentrate on the dynamics of North Korea’s proposal and let the various parties to its implementation hammer out the details as to who does what and for how much, which are crucial in all such joint ventures. That said, because North Korea’s proposal has advantages for all sides, it deserves serious consideration. Because it is based on barter and not on the U.S. $, it can act as a deflationary measure, a not inconsiderable attribute, given today’s current economic implosion of the NATO block. It also plays directly into China’s Belt and Road Initiative which, to be as successful as one might wish it to be, must lift all the boats, those of Syria, Donbas and North Korea included.

We have, of course, other noteworthy precedents. Sanctioned Cuba has earned crucial foreign exchange by sending medical teams overseas and the German Democratic Republic’s ‘Afrika Corps’ left a marked impression on the many African armies it trained. Perhaps the North Koreans, with Chinese logistical help, can do something similar.

Plus, if we are totally honest, North Korea’s proposal tweaks NATO’s tail in the most delightful of ways. Although the North Koreans will not be quite turning the swords of Iran, China and Russia into Syrian ploughshares, they will be showing that, for all NATO’s war crimes in Ukraine, Syria and Korea itself, there is an alternative, more civilized way to do things and those, like the Koreans, who have suffered the most from NATO criminality are still in the fight and will be until NATO gets off their backs.

Declan Hayes was Professor of International Business at Tokyo's Sophia University from 1997 to 2007 before returning to teach in Europe. He has previously worked in Australia, Ireland, and Mexico, and has written extensively on all three of those economies. He is the author of Japan's Big Bang.

Dismantle the Commonwealth: Queen Elizabeth’s Death Prompts Reckoning with Colonial Past in Africa