ARCHIVES: Articles you should have read the first time around, but missed. 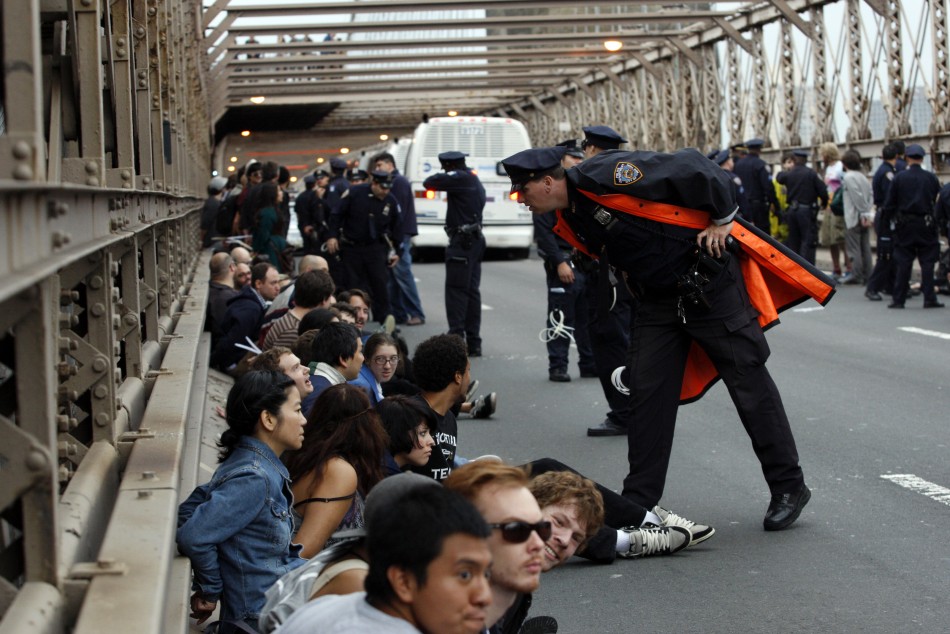 Wondering how much it costs to buy off the police department? JP Morgan Chase just gave the New York City Police Foundation the largest donation in its history. How the police show their gratitude will presumably determine whether they receive similar donations from companies in the future. Via Naked Capitalism:

No matter how you look at this development, it does not smell right. From JP Morgan’s website, hat tip Lisa Epstein:

JPMorgan Chase recently donated an unprecedented $4.6 million to the New York City Police Foundation. The gift was the largest in the history of the foundation and will enable the New York City Police Department to strengthen security in the Big Apple. The money will pay for 1,000 new patrol car laptops, as well as security monitoring software in the NYPD’s main data center.

“These officers put their lives on the line every day to keep us safe,” Dimon said. “We’re incredibly proud to help them build this program and let them know how much we value their hard work.”

Now readers can point out that this gift is bupkis relative to the budget of the police department, which is close to $4 billion. But looking at it on a mathematical basis likely misses the incentives at work. Dimon is one of the most powerful and connected corporate leaders in Gotham City. If he thinks the police donation was worthwhile, he might encourage other bank and big company CEOs to make large donations.

And what sort of benefits might JPM get? The police might be extra protective of your interests. Today, OccupyWallStreet decided to march across the Brooklyn Bridge (a proud New York tradition) to Chase Manhattan Plaza in Brooklyn. Reports in the media indicate that the police at first seemed to be encouraging the protestors not only to cross the bridge, but were walking in front of the crowd, seemingly escorting them across. Over 700 of the marchers were arrested, and the media has a rather amusing “he said, she said” account, with OccupyWallStreet claiming entrapment and the cops batting their baby blues and trying to look innocent.

We simply don’t know whether the police would have behaved one iota differently in the absence of the JP Morgan donation. But it raises the troubling perspective that they might have.

The Greeks Are Being Unfairly Maligned by Global Financiers: The Truth Is Very Different