Home AMERICAN BRAINWASH French counter-terror boss says Putin didn’t kill Litvinenko, US and UK did – and he has proof

French counter-terror boss says Putin didn’t kill Litvinenko, US and UK did – and he has proof 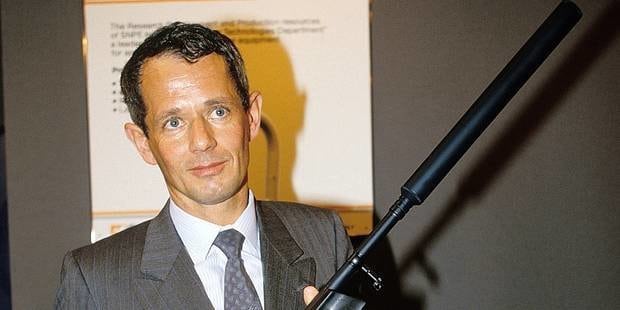 A former French official who has had senior roles in internal security and terror fighting has come forward with a remarkable statement: that he has documentary evidence proving that Alexander Litvinenko, the Russian spy who died from polonium poisoning, was killed by US and UK special services.

In a lengthy interview which is soon to be published, he goes further, saying that Litvinenko's murder was a special sevices operation designed to defame Russia and Vladimir Putin, that the notorious Russian oligarch Boris Berezovsky was involved, and was himself killed by MI6 when he became a liability. He even says he knows the code name of the operation: "Beluga".

Operation Beluga: A US-UK Plot to Discredit Putin and Destabilize the Russian Federation

Is that what's behind much of the threatening rhetoric now going back and forth between the US and Russia?

Barril exposed Operation Beluga in a recent interview with Swiss businessman Pascal Najadi on the 2006 Alexander Litvinenko death case. Litvinenko was a reputed former spy who many believe was murdered with radioactive polonium on orders of Vladimir Putin.

Najadi says the interview drew out the converse revelation that Litvinenko was actually killed by "an Italian who administered the deadly polonium 210." What's more, he astonishingly says, the operation was carried out under the auspices of the US and UK.

Barril's allegations should be taken seriously. He is a renowned French intelligence figure who is known in France as "Superflic", which translates roughly as "Supercop." In the French public eye he is a kind of combination of Eliot Ness, James Bond, and William Bratton.For many years he was the second in command of the ski-mask wearing GIGN, the legendary elite French special forces unit, who top the "badass" rankings of special forces anywhere, and had other high ranking internal security positions in the French government.

Since leaving government service he has handled security issues as a private contractor for heads of state in the Middle East, Latin America and Africa. He has been at the center of several controversies over the years, and is a well-known author. There is no question that he has access to intelligence at the state level which would give him insights into this affair.

In the interview, Barril alleges that Berezovsky was working closely with MI6 and the CIA to discredit Russia and Putin, and that large sums from these agencies were passing through Berezovsky's hands to be paid to individuals to cooperate in these efforts. Barril says Litvinenko was one of Berezovsky's bag men, who passed funds on to others.

"Russia has nothing to do with (the murder of Litvinenko). The case was fabricated from the beginning. Polonium was chosen as the poison because due to its production in Russia it would implicate Russia. The objective of the whole operation was to discredit president Putin and the FSB. It was done because Russia is blocking US interests around the world, especially in Syria. It was an attempt to weaken Putin's hold on power, to destabilize Russia."

In the interview, Barril mentions the outspoken Putin foe, financier William Browder, as being in close cooperation with Berezovsky in the discreditation efforts. He also says he is sure Berezovsky was murdered by his secret service handlers after they realized he was behaving erratically and had to be silenced so that he wouldn't give them away.

Finally, he says he will make his evidence available to a public investigation of the affair if it is run by a credible individual. He suggests Carla del Ponte as a good choice to do it, because he is convinced she is not under the control of the CIA.

Barril's allegations are sure to raise further questions around the 2006 Litvinenko murder, which hit the headlines again in January, 2016, when a UK public inquiry into the affair failed to deliver a conclusive verdict.

The case is 10 years old, but still elicits widespread public interest due the spy-thriller ingredients of the murder mystery: spy - counterspy hijinks, radiation poisonings, accusations (which have been conclusively debunked) that Putin himself 'probably' ordered the murder, seedy nightclubs, a disgraced oligarch who ends up mysteriously dead in his bathroom, sobbing widows on the stand, preposterous politicized "show" trials, politicians grandstanding, and much more.

An accomplished murder mystery author would have trouble coming up with something this surreal.

Comment: Alexander Mercouris has done an excellent job summing up and analysing London's Litvinenko Inquiry: The Litvinenko Inquiry: London's Absurd Show Trial
ABOUT THE AUTHOR
Ricky Twisdale served as deputy editor at Russia Insider, 2015-2017. He lives in Moscow. From 2013-2015 he lived in western Ukraine, where he played witness to events before, during, and after Ukraine's "Maidan revolution."

Against False Conflation: JFK, MLK, and the Triple Evils

It is amazing that all of these “intelligence” (please forgive the oxymoron) agencies act outside the law, whether international or national. They have no need to stop killing, in fact, they are trained assassins. It is beyond disgusting, immoral, unethical and illegal. Anything more you have to say about them, good or otherwise must include these adjectives.

PASSED FILTERS AND SENT BY ARCHIE 1954

Archie1954
It is amazing that all of these “intelligence” (please forgive the oxymoron) agencies act outside the law, whether international or national. They have no need to stop killing, in fact, they are trained assassins. It is beyond disgusting, immoral, unethical and illegal. Anything more you have to say about them, good or otherwise must include these adjectives.