Putin “wants to rebuild the Soviet empire”. Not

This Quote is Always Attributed to Putin. Problem is, He Never Said It. 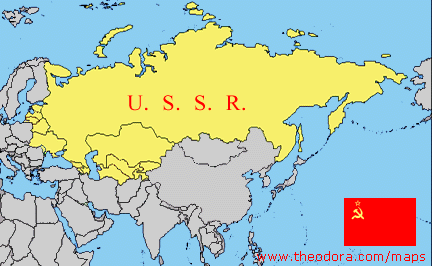 [A] standard attack on Putin is that he wants to “rebuild the Soviet Empire”.  To support this notion, he is relentlessly quoted as saying the collapse of the Soviet Union was “the greatest geopolitical catastrophe of the 20th century”.   In fact, this is a misquote.

The Russian word Putin used has two meanings, in the context which he spoke, most scholars agree that he clearly meant “one of the greatest”.  The question of the meaning of this quote was recently vigourously debated on a leading Russian policy forum by Russia scholars, with the majority agreeing on “one of the greatest.”

Closer scrutiny of his words show he was actually talking about the human cost to Russians of the Soviet collapse.  Putin also said in the same speech that becoming a democracy was Russia’s goal.

Those who claim Putin wants to recreate the Soviet Union ignore something else he said in an interview with German television: “Whoever does not miss the Soviet Union has no heart. Whoever wants it back has no brains.” This quote best summarizes Putin’s attitude towards the USSR: romantic nostalgia that has no place in making policy.

Most Russians agree with him.  Non-Russians underestimate the price Russians paid for the USSR’s collapse.  Russians associate the Soviet Union with their victory in World War II.  They remember it as a time when their country was a superpower.  They compare it with the poverty and humiliation they suffered after its collapse in the 1990s.

At a time when many Russians feel under pressure from the west the Soviet Union serves as a symbol of Russian identity.  However that does not mean Russians want to recreate the Soviet Union any more than Putin does.

BOMBSHELL:  American Killed in Ukraine was a Nazi and Nephew of Notorious WW2 War Criminal

What is Antifa? (Debunking Myths About Antifa)

As monuments are being toppled & WWII facts...

Greenwald: The Abrupt, Radical Reversal in How Public...