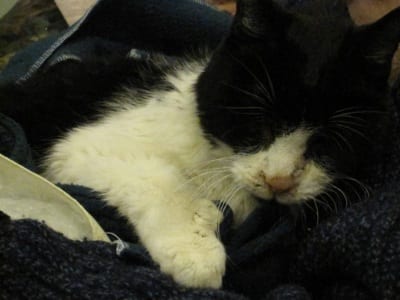 animalito in the last 24 hours of his life. He succumbed to kidney disease.

[R]efusing treatment to sick animals whose human guardians are unable to pay for care is a “familiar” scenario to veterinarians, according to Phyllis DeGioia, a writer for the Veterinary Information Network. “Financially strapped owners often turn to euthanasia to alleviate an animal’s suffering — sometimes prematurely,” DeGioia wrote.

This article is republished from an eBook series that has been made freely available.

Americans spent $14.21 billion on veterinary bills for their companion animals last year, according to a projection made by the American Pet Products Association. Despite this seemingly large figure, my guess is that given companion animals’ low status and the limited funds of most human guardians, animals are actually given lethal injections quite frequently, when potential treatment plans exist. We need socialized animal care.

It certainly would have helped Americas, a springer Labrador-retriever mix, and her guardian Kim Welch. “In 2007, Americas was diagnosed with a nerve-sheath tumor just millimeters from her heart. Removing the tumor from its difficult location would require amputating the dog’s shoulder and foreleg. The risky surgery cost $7,000 — money that Welch, a hairdresser and single mother, did not have,” DeGioia wrote. Ultimately, Americas received surgery and survived, but only after Welch was forced to sell her belongings on eBay and received donations from Canine Cancer Awareness and a mysterious benefactor. Most companion animals and their human guardians are presumably not so lucky.

Now, I should say, that I agree with the vegetarian socialist Henry Stephen Salt who believed that in the future domestication as a whole, including the domestication of companion animals, would and should be rejected. “The injustice done to the pampered lap-dog is as conspicuous, in its way, as that done to the over-worked horse, and both spring from one and the same origin—the fixed belief that the life of a ‘brute’ has no ‘moral purpose,’ no distinctive personality worthy of due consideration and development,” Salt argued, writing in 1892. “In a society where the lower animals were regarded as intelligent beings, and not as animated machines, it would be impossible for this incongruous absurdity to continue.” 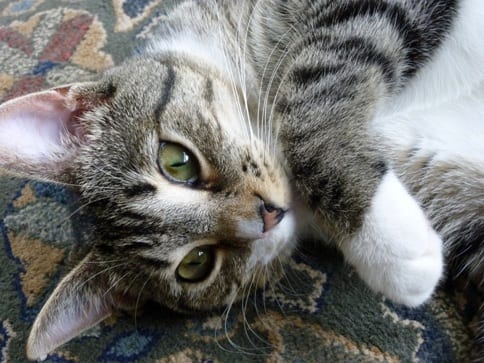 Still, within the context of current-day domestication, public non-human healthcare would improve the quality of life of millions of companion animals in this country alone. Progressive groups should emphasize the socialization of veterinary care in their platforms. This would attract animal activists to a leftist coalition at next to no ideological cost, as genuine progressives will support the socialization of significant industries regardless of how it might help non-humans.

In the wake of the Occupy Wall Street movement, in this moment when leftists seem to be converging for the first time in a generation, animal activists need to think about how we fit into broader progressive struggles. What demands can we put forward that might be supported by other leftists who might not yet be on board with the entire animal-liberation project? I’ve seen this discussion begin to play out in a number of different outlets.

This seems like a good start, to which I add socializing veterinary care. I encourage other animal advocates to begin asking themselves this question. In the short term, what aspects of the animal rights program can we influence broader progressive organizations to adopt?

Listening to Lavrov giving up on the West