The Problem With Obama’s Cuba Speech 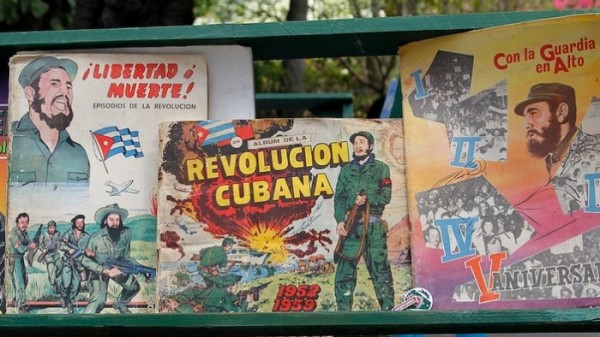 Six years into his Presidency, Barack Obama has finally taken steps he campaigned on in 2008 to normalize relations with Cuba. The new policy towards Cuba will include important changes including establishing formal diplomatic relations, removing Cuba from the list of state sponsors of terrorism, and expanding trade relations. However, Obama is doing the right thing for the wrong reasons. His rationale for finally abandoning the hard-line Cold War stance demonstrates his belief that the morality and legality of United States actions are beyond reproach.

“In the most significant changes in our policy in more than fifty years, we will end an outdated approach that, for decades, has failed to advance our interests, and instead we will begin to normalize relations between our two countries,” Obama said in a live televised speech from the White House.

The problem with the policy is that it “failed to advance our interests,” according to Obama. When he speaks of “our interests”, he is of course referring to corporate business interests, not the public interest. Deciding an economy should belong to the population rather than unaccountable private interests is an affront to businesses that believe they have a right to operate in foreign markets and control local resources.

The socioeconomic system Cuba adopted after its successful revolution in 1959 was therefore a threat to American multinational companies. The threat was not only Cuba removing itself from the U.S. economic orbit, but serving as an example to other countries to do so themselves. Cuba had to be punished in order to stop the spread of independent decision making.

Obama’s imperialist mindset is that the United States is benevolent. He believes in American exceptionalism with “every fiber” of his being. When the country does something wrong, it is never because its decisions and actions are immoral or illegal. They are merely mistakes. This was explicit in his explanation of why the U.S. isolation of Cuba began.

“Though this policy has been rooted in the best of intentions, no other nation joins us in imposing these sanctions,” Obama claimed.

This is brazenly dishonest historical revisionism. American officials have long claimed the embargo and the freezing of diplomatic relations were implemented to promote democracy and human rights. This discourse is transparent propaganda, meant solely for public consumption.

The only way to determine the government’s intent is to look at the internal deliberations that took place when the policy was formed. Fortunately, the documentary record exists and has been declassified. It makes clear the Cuba policy was based on anything but good intentions.

“The majority of the Cuban people support Castro. There is no effective political opposition,” wrote Assistant Secretary of State for Inter-American Affairs Lester D. Mallory in 1960. “The only foreseeable means of alienating internal support is through disenchantment and disaffection and hardship… every possible means should be undertaken promptly to weaken the economic life of Cuba… a line of action which… makes the greatest inroads in denying money and supplies to Cuba, to decrease monetary and real wages, to bring about hunger, desperation and overthrow of government.”

Clearly, it is morally reprehensible to attempt to induce “hunger” and “desperation” among people for exercising their right to self-determination. It is also illegal.

In 1970, the U.N. General Assembly passed Resolution 2625 which declared: “No state may use or encourage the use of economic, political or any other type of measure to coerce another State in order to obtain the subordination of the exercise of its sovereign rights and to secure advantages of any kind… Every state has an inalienable right to choose its political, economic, social and cultural systems, without interference in any form by another State.”

To his credit, Obama did embrace the necessity of engagement: “Now, where we disagree, we will raise those differences directly.” The principle of sovereign equality among nations is the basic foundation of international relations according to the UN Charter. However, Obama then states the reason to effect this change is a matter of pragmatism: “After all, these 50 years have shown that isolation has not worked.”

The problem with U.S. policy is not that it hasn’t worked, it is that it is fundamentally wrong. This idea is outside the range of mainstream debate. After the release last week of the Senate Torture Report, much of the discourse among politicians and in the press has been about the effectiveness of torture.

Whether or not it worked is completely irrelevant. As the Convention against Torture makes indisputably clear: “No exceptional circumstances whatsoever, whether a state of war or a threat of war, internal political instability or any other public emergency, may be invoked as a justification of torture.”

Despite this, public debate has failed to reckon with the horrific nature of the crimes authorized by American officials and carried out by agents of the state. Imagine the reaction if the crimes were instead committed by Russia or China and their press treated the issue the same way. Those media outlets would rightfully be vilified for propagandizing and serving as enablers of those crimes.

A New York Times editorial claims that Cuba “remains a repressive police state.” In the week after the release of the Torture Report, while the U.S. is consumed with mass popular protests in major cities from coast to coast against rampant, unpunished police brutality and murder of unarmed African Americans, with the vast scope of unconstitutional NSA surveillance still being uncovered, the Times‘ accusations are laughable.

Meanwhile, Raul Castro has demonstrated Cuba’s continued willingness to engage without animosity the country who has carried out an invasion, decades of terrorism, and a half-century-long, unprovoked economic war.

“I have reiterated in many occasions our willingness to hold a respectful dialogue with the United States on the basis of sovereign equality,” Castro said, “in order to deal reciprocally with a wide variety of topics without detriment to the national Independence and self-determination of our people.”

“We propose to the Government of the United States the adoption of mutual steps to improve the bilateral atmosphere and advance towards normalization of relations between our two countries, based on the principles of International Law and the United Nations Charter.”

Castro rightfully declares adherence to international law and the UN Charter as the basis for how relations between the two countries should be conducted. Last year Castro said: “We don’t demand that the U.S. change its political or social system and we don’t accept negotiations over ours.” This sentiment has not been reciprocated.

Obama’s correct decision to abandon the Cold War policy towards Cuba needs to be accompanied by a recognition that the policy itself has been immoral, criminal and wrong. Period. As long as the economic blockade is not overturned by Congress, it continues to be so. The U.S. public was sold a bill of goods in the decades-long anti-Communist crusade. It’s time to stop denying this and rewriting history to justify the pursuit of Empire.

ABOUT THE AUTHOR
Matt Peppe writes about politics, U.S. foreign policy and Latin America on his blog. His writing has appeared in CounterPunch, MintPress News, Latino Rebels, Countercurrents, The Greanville Post, and other leading political outlets. You can follow him on twitter.

The oil coup, the assault on the Ruble, regime change in Russia and related matters