A COMPASSION FOR ANIMALS DISPATCH
Meet Craig, he runs a factory farm

[box type=”info”] Editor’s Note: As an organization that fights for the rights of animals to live free from human brutality in all its forms, we routinely publish exposés and essays describing the multiple types of crimes and abuses that animals receive at the hands of humans. But while almost all human “use” of animals is utterly cruel and despicable, factory farming stands out for its sheer ruthlessness and heartlessness. In this vast industry, which “processes” mind-numbing numbers of animals every day (billions) the crime is so vast that we can justly call it the industrialization of animal murder. The exposé below about chickens does not pack anything new. Brave activists have brought this kind of fact to light before. The difference here is that a contract chicken farmer, a man who from the perspective of big shots in the industry like Perdue is a mere cog in their system, has risen to spill the facts about the horrors from within. This is obviously valuable. That said, the publication of this material should not be read as an implicit endorsement on our part of a “humane factory farming” method because such a thing does not exist. ALL factory farming, all systematic exploitation of animals is morally wrong. It’s a hard concept to accept, but that’s how the moral cookie crumbles. —P. Greanville[/box]
[dropcap]W[/dropcap]hen we sent the communication below about brave chicken farmer, Craig Watts, we had no idea how phenomenal the response would be. Hundreds of messages of support for Craig have flooded in from Compassion supporters:

John Oliver explains how chicken farming can be unfair, punishing, and inhumane. And not just for the chickens! 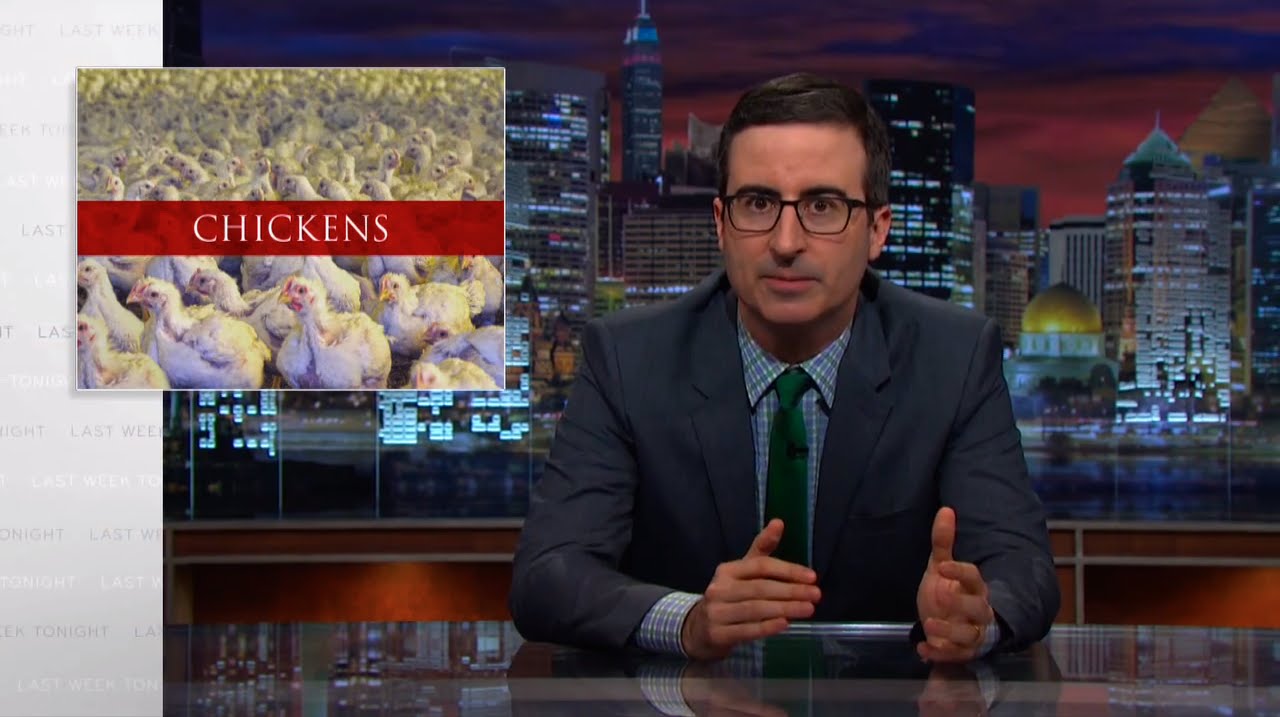 REGULAR TEXT RESUMES HERE
…
Craig Watts is a contracted chicken grower in the USA, working for Perdue Farms – one of the world’s largest chicken meat manufacturers. Craig contacted me because he was at breaking point. He needed to show Compassion what his chickens were going through. And he was tired of the lies he feels are being sold to consumers.
…
Craig was prepared to put himself on the line, and open the doors on a deeply secretive industry. Like you, Craig knows there is a better way, but he needed our help. Your help.
…
“HUMANELY RAISED”?
Craig is a caring farmer. He wants to be able to give his chickens a good life. But he is bound by contract to some extremely tight rules that Perdue have set out. It makes him angry and frustrated that he cannot, for example, give the chickens any access to fresh air or sunlight.
…
According to Perdue, and the National Chicken Council, the conditions Craig’s chickens are enduring are ‘humane’. I am in no doubt that they are lying to us. When I visited Craig’s farm in North Carolina all I saw was suffering, and evidence of an inhumane industrial system that is failing animals, letting down farmers, and misleading consumers.
… 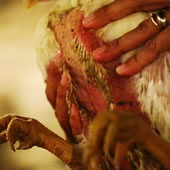 When I picked up this chicken I saw painful ammonia burns on its abdomen – which they often get from living on faeces-ridden litter. 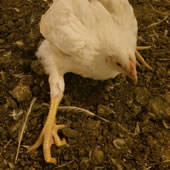 Factory farmed chickens are bred to grow so big and so quickly, they often can’t support their own weight. 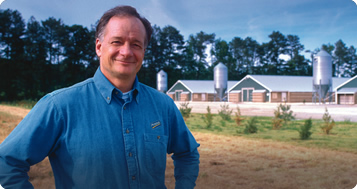 Jim Perdue—his family has made a mega-fortune peddling “the quality of his chickens supposedly based on kind treatment.” Like everything else in this system, an abject lie. Curious that he and his father do look like chickens.

When Compassion released footage of Craig’s chickens, it was quickly picked up by global media. And Perdue immediately conducted a surprise animal welfare audit on Craig’s farm – the first he’d received in 22 years.Craig was hounded by his employers and, in the weeks after the story broke, he was visited 23 times. Perdue even tried to blame him for ‘poor management’ of his farm. Ironic as Perdue have previously, repeatedly, recognised Craig with their Top Producer award.
…
In order to stand up to this corporate giant, Craig has risked his livelihood, and put himself at risk of physical harm. He has been intimidated, harassed and bad-mouthed. It is sickening how some huge corporate producers seem to be giving their contract farmers little choice: farm inhumanely or you won’t be able to pay the bills.Your donation today will help turn the tables, open the eyes of consumers and shake up the food system. And, importantly, your support will help us find others, around the world, who are willing to speak out and open the doors on factory farming.

PS I never thought we’d get an opportunity like this, and I want to show everyone in the world Craig’s ‘humanely raised’ chickens. I want people to be as outraged as Craig and I that companies like Perdue are getting away with calling factory farming ‘humane’. Sometimes change has to start from within.

Mozgovoy’s Murder and the Role of Western Journalists