Instead what has actually happened is that nothing whatsoever has changed since the invasion, Americans still take it on faith that Vladimir Putin, Bashar al-Assad and Kim Jong Un are world-threatening enemies in sore need of ousting, and bloodthirsty psychopaths like Max Boot who have been consistently wrong about everything are still hailed as experts worth listening to.

Oh yeah, and now they’re being adored as progressive heroes. 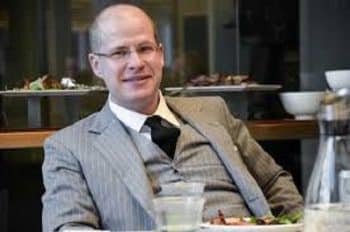 Max Boot: No responsible medium would give any space to a dangerous malignancy like this, but then again the New York Times and the rest of the US media are far more pieces of the ruling class propaganda machine than legitimate sources of news.

Boot, who is a PNAC signatory and senior fellow at the Council on Foreign Relations (which tells us something about this den of criminals and sociopaths—eds), published an article yesterday in Foreign Affairs which perfectly matches the newfound love of progressivism in his neocon soulmate Bill Kristol. The article, titled “2017 Was the Year I Learned About My White Privilege”, details in halting, equivocation-laden prose the months-long journey into awakening that this lying warmonger claims to have experienced during the Trump administration.

This spectacularly evil man, who wrote an essay titled “The Case for American Empire” just weeks after 9/11 in which he called in plain English for America to “unambiguously to embrace its imperial role,” is now seeing his latest essay shared eagerly by Democrats everywhere enthusiastically exclaiming “Look! See? This conservative gets it!”

I’m seeing some progressives arguing that Boot’s sudden public recognition of his white male privilege is intrinsically worthy of praise and acceptance, and that the proper response is to applaud him for it, not spit in his face. These people are wrong. Max Boot did not have some personal epiphany about race and gender dynamics which he felt like sharing in Foreign Policy magazine (the obvious place everyone goes for publication of their enlightening insights into privilege and inequality); Max Boot is courting Democrats because his war-hungry ideology is being increasingly rejected by Republicans.

If you want to see why neocons are courting Democrats with increasing desperation, check out the response to Boot’s latest essay by Fox’s Tucker Carlson, who has come to align with the popular anti-interventionist sentiments of Trump’s base, or Carlson’s debate with Boot on his show back in July:

Max Boot will say anything if they just let him invade Iran. https://t.co/M6MxBpr8oW

Meanwhile what have Democrats been doing? Supporting escalations with Russia based on accusations with no evidence that are reported as fact by the mainstream media in the exact sort of manic, violent, fact-free climate we saw in the lead up to the Iraq invasion (an invasion that Max Boot says nobody needs to repent for). Resistance hero Keith Olbermann says he owes George W Bush and John McCain an apology for the times he disagreed with them, and MSNBC’s Joy Reid openly admitted that she prefers people like Boot as allies instead of actual leftists and progressives:

One of the most amazing outcomes of the Trump administration is the number of neo-conservatives that are now my friends and I am aligned with. I found myself agreeing on a panel with Bill Kristol. I agree more with Jennifer Rubin, David Frum, and Max Boot than I do with some people on the far left. I am shocked at the way that Donald Trump has brought people together. [Laughs.]
~ Joy Reid

Reid’s comments are typical of the way the cult of anti-Trumpism has mainstream Democrats swooning over Bush-era neocons like they’re the Kennedys reincarnated instead of a bunch of child-butchering war profiteers. Just check out the top comments under this “Gosh I’m so woke all of a sudden!” tweet by neocon psychopath Bill Kristol:

In reality, nothing Trump has done in his administration so far is anywhere remotely close to as evil as the invasion of Iraq. The fact that hatred of the sitting president has Democrats so desperate they’re not only forgiving the crimes of vestigial Bush neocons but also helping them in their agenda to sabotage any movements toward detente with Russia shows just how brutally efficient the psychological manipulations of the establishment propaganda machine have become.

It was just in 2012 that these same Democrats were laughing along with their president at the Russia fearmongering of Mitt Romney. 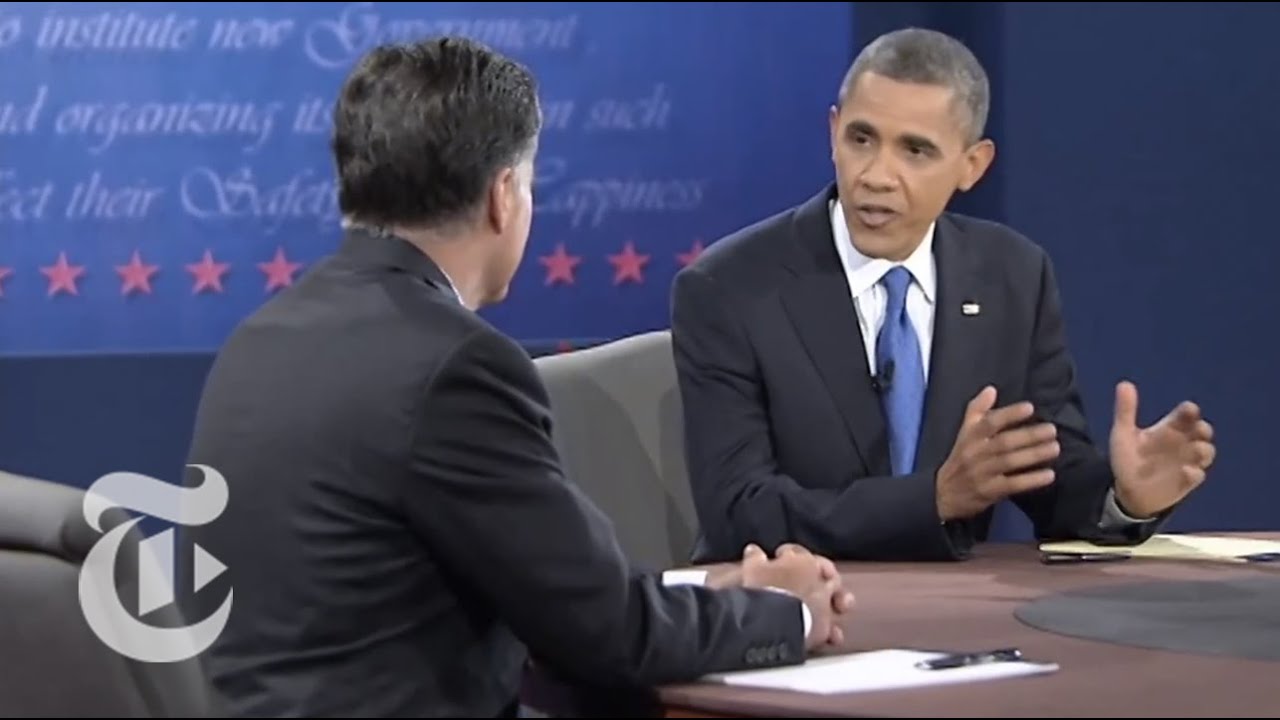 Romney, who calls Russia our "No. 1 geopolitical foe," doesn't seem to realize it's the 21st century. #RomneyNotReady http://t.co/xcvhOAFS

[dropcap]N[/dropcap]eoconservatism first rose to prominence in the 1970s, and right off the bat one of its key principles was an opposition to detente with the USSR. This never changed. Not when neocons moved from the Democratic party to the Republican party, not when the Soviet Union fell, and not when neocons began migrating back from the Republican party to their old home in the Democratic party. Neocons have always been fixated on the world-threatening agenda of aggressively crushing Russia, and today the Democrats have picked up that flag and run with it right alongside them.

Which is why now we have depraved psychopaths like Max Boot and Bill Kristol acting out the bizarre performance of suddenly woke progressives. Their new Democratic buddies have already helped them resurrect the cold war on the same amount of evidence as was needed to manufacture support for the Iraq invasion, and with a little tweaking they hope to eventually convince them to help satiate their bloodlust in Iran and Syria as well.

The extremely influential neocon think tank Project for a New American Century’s most well-known publication, “Rebuilding America’s Defenses: Strategies, Forces, and Resources For a New Century”, argued extensively in the year 2000 that America’s victory in the Cold War against the USSR means the US must step into a planetary leadership role and maintain that leadership role by any means necessary, including military force.

The answer to this question came after 9/11: yes, yes it does. The New American Century has seen an immense increase in military interventionism across the globe to ensure the hegemony of the US dollar and prevent Russia and China from climbing the global power ladder unchecked.

That’s all we’re seeing here in Woke Max Boot and Woke Bill Kristol. Neoconservatism has always been an ideology/military-industrial complex war profiteering scheme which advocates bullying and sabotaging all governments that could pose a threat to the planetary dominance of the US power establishment, and lately rank-and-file Republicans have been proving less useful in facilitating that agenda than rank-and-file Democrats. So they’re saying and doing whatever they need to in order to win the approval of the Dems.

And by golly, it sure looks like it’s working.

It’s not okay to be a neoconservative. In a healthy world, being a neocon would carry as much social weight as being a child molester or a serial killer. These people should not be embraced, they should be recoiled from. Always.

Until Democrats turn away from neoconservatism, the fact that they don’t should be pointed to at every opportunity. The correct response when any Democrat tries to tell you about Russia or Syria is “Get out of here with that Saddam-has-WMDs filth, neocon.”

That omnicidal death cult deserves nothing but our most sincere revulsion.

Thanks for reading! My work here is entirely reader-funded so if you enjoyed this piece please consider sharing it around, liking me on Facebook, following me on Twitter, bookmarking my website, throwing some money into my hat on Patreonor Paypal, or buying my new book Woke: A Field Guide for Utopia Preppers.

Amazing isn’t it that an Australian woman has a better hold of the basic power balances in the US, which are weighted down frankly by racism. It is easily forgotten that the Democratic party was for a long time that of the Southern bloc. But out of expediency it switched over to ‘liberal’ causes and identity politics in the 1960’s and now eagerly accepts its former inner core of neocons back. Ms Johnstone is in a way a privileged professional woman, so should her protests not be ignored in favor for support of ephemeral struggles by ‘working women’ (vide the… Read more »