Home ABOMINATIONS The Beginning Of The End Of American Empire

The Beginning Of The End Of American Empire

“If something can’t go on forever, it won’t.”
– Herb Stein, chief economic advisor to US President Richard Nixon 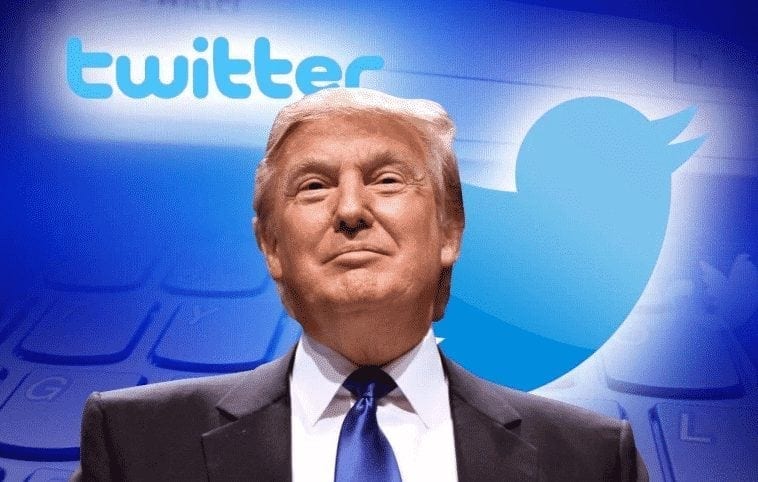 If Trump had been elected back in the 1970s, at the opening phase of Capital’s attack on social democracy and return to fundamentalist market forces, the ruling powers and their media might have been compelled to reveal much of what they are now blaming on this rich, arrogant, egomaniacal ass, obviously overqualified for the job of president. But what they most feared about his bull in a china shop honesty and ignorance of the usual political protocol, is both moving closer to totally revealing the lie of master-race dominated globalization while offering unconscious help to forces of global democracy that will end the tyrannical control exercised by the western world – most especially the USA and Israel – over conditions not only hindering humanity’s advance, but threatening its demise.

While Psychocratic Party babblers hysterically screech about Trump’s lack of sanity and proper diplomatic language of lies, the bumbling oaf reveals the true nature of empire and scares the hell out of imperialists who have been shielded by their servant class for so long much of the population has come to accept if not believe their fairy tales and deceits as gospel truth. This has led to further and faster breakdowns in morality and intellect, especially among those who consider themselves an educated elite.

While Psychocratic Party babblers hysterically screech about Trump’s lack of sanity and proper diplomatic language of lies, the bumbling oaf reveals the true nature of empire and scares the hell out of imperialists who have been shielded by their servant class for so long much of the population has come to accept if not believe their fairy tales and deceits as gospel truth.
The growth of liberal fascism can seem an over statement, but when reactionary free market fanatics and racist foreign policy felons begin to sound thoughtful by comparison to what often passes for progressive political voices in America, it is no laughing matter. Although, to maintain a semblance of sanity in order to proceed into a future offering true hope for the human race, you must be able to at least giggle when things get close to stark raving lunacy. Such as when supposedly educated thinkers accept grade school gibberish about evil Russians “meddling” in our democracy and causing presidential elections to be won or lost based on their circumventing the billions of dollars spent by the rich in controlling the process marketed as our great democracy. You know, the one in which the overwhelming majority of the electorate voted for neither the deplorable nor the despicable parties of the rich. We laugh or we succumb to the mental health crisis center atmosphere of a nation spending hundreds of billions on its wars, tens of billions on other nonsense, while hundreds of thousands of its people live in the street and more than 20% of its children live in poverty. Social brain death has many of us smilingly call that democracy while ringing up our therapists for extra visits because Trump so upsets our shopping pleasures with his racism, sexism, bigotry, homophobia, wealth and other aberrations which never existed until this rich, arrogant putz moved into the Great White House of American Hypocrisy. You can’t make this stuff up, but some folks with graduate degrees in lemonade-stand economics and day care center politics seem to not only swallow, but also digest it.
For many years liberal democratic hired serfs of the Israeli lobby have urged legislation to make Jerusalem the capital of the invaded state formerly known as Palestine, but when Trump blatantly takes the action that they knew would possibly be disastrous some of them add this to his list of allegedly impeachable crimes. Once again, the political putz does exactly what the corrupt system’s agents have been paying lip service to and scares the hell out of all the hustlers and pimps in D.C. whose careers are based on doing exactly what their private employers pay them for while saying the opposite to the public. That’s why we’ve had a generation of twisted political language speaking of a peace process in Israel which has guaranteed further slaughter of Palestinians along with occasional innocent Israelis suffering in the way innocent Americans are slain by terrorists getting even for what we have done to their people. The difference between good, honest, democratic, peace loving mass murderers and awful terrorists is while the professional nationalists produce, sell, buy or lease their weapons of mass destruction, the terrorists have to hijack or purchase them on a black market actually run by the same nationalist murderers. Neat? Make you wonder as you pray for peace at your church, mission, synagogue, ashram or coven? Don’t worry, be happy, buy something, feed your pet and impeach Trump. Feel better now? If not, call your therapist and get more drugs. But wait. The private profit control of what passes for health care has raised the price on both. OMG! Actually, calling the market racket that puts money into the private insurers pocket before any commission passes to the doctors, nurses, pulse readers and bed pan carriers “health care” is like referring to sex workers and their pimps as purveyors of “love care”. But some will continue worshipping the past president for his massive suck-up to private insurance profiteers that brought some into the market but only at cost to others living far below the dollar standards of our minority rich. And that is the only way good life is enjoyed by some of us; at the expense of worse lives, and growing far worse by the day, suffered by others. 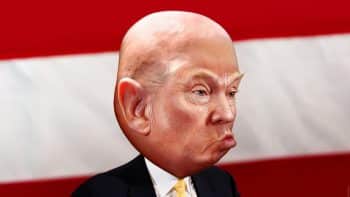 The bald emperor: In Trump, America has placed in power the biggest, loudest, most honest and straightforward pimp in our history.

Democratic equality is the sharing of society’s wealth by those who create it and not have it squandered by a tiny group of individuals who do nothing but profit from that social labor by having some of their wealth trickle down to their professional class servants? Welcome to the marketplace values of private profit before any public consideration. China, Russia, Iran and all the other nations portrayed as villains and enemies by our mind managers and consciousness controllers may well be humanity’s best friends as they aid in highlighting the lies of war dominators who pass themselves off as peace procurers. A pimp is a pimp, by any other name. In Trump, America has placed in power the biggest, loudest, most honest and straightforward pimp in our history. Those who can afford, however briefly, to pay for therapy and drugs to make their lives seemingly brighter are shrinking in number while those who suffer the unprotected horrors of market forces that bludgeon, starve and murder with greater frequency have no such luxuries and need radical change not just to save self but to save the race. Humanity is not just one or another artificial creation of rulers who need social division to perpetuate their individual wealth and power. The ship of state and the world itself are in terrible shape but the lunkhead captain absorbing blame for what the global ownership class has created may help wake enough of the world to reality to bring about the radical change necessary for salvation. Happy New Year? Let’s hope so.

About the Author
Frank Scott is founding editor of legalienate.blogspot.com. He writes  political commentary and satire. He lives in Richmond, California.

A Principle to Organize Around this Trumpian Winter: Plunder the Pentagon and Leave “Entitlements” Alone

HYPOCRISY WRIT LARGE: US Empire Is Running The Same Script With Iran That It Ran With Libya, Syria