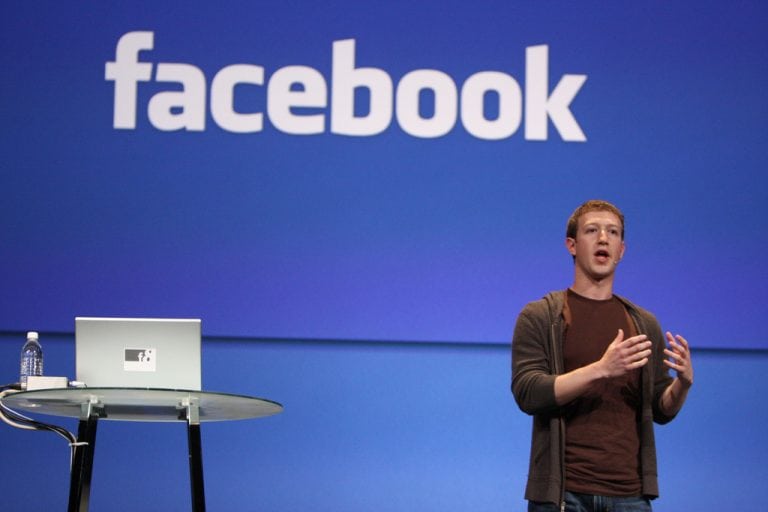 A billionaire but still just a kid, Zuckerberg hardly understands the actual historical significance of his policies. On the other hand he fears the deep sate, whose orders he’s clearly executing.

Facebook CEO Mark Zuckerberg announced Friday that the world’s largest social network is initiating major changes aimed at deprioritizing news and political content on individual users’ news feeds in favor of “personal moments.” The change is the most significant effort to date to censor online information.

Facebook is currently a major source of news for hundreds of millions of people throughout the world. The number of global Facebook users has increased from 100 million in 2008 to more than 2 billion. According to a Pew Research poll last November, 45 percent of Americans use Facebook for news content, more than any other social media platform. It has become a significant mechanism for the organization of protests and the spread of information outside of the control of the major media conglomerates. It is this that Facebook, working closely with the major capitalist states, wants to end.

In his post announcing the decision, Zuckerberg said that the company is “making a major change to how we build Facebook … from focusing on helping you find relevant content to helping you have more meaningful social interactions.”

The manifesto is filled with the type of Orwellian language characteristic of an authoritarian regime. The changes are motivated, Zuckerberg explains, by “a responsibility to make sure our services aren’t just fun to use, but also good for people’s well-being.” By demoting news content and emphasizing posts from friends and family, Facebook will ensure that its users “feel more connected and less lonely,” and the overall effect will be “good for our well-being.”

Facebook has become a significant mechanism for the organization of protests and the spread of information outside of the control of the major media conglomerates. It is this that Facebook, working closely with the major capitalist states, wants to end.

In other words, Facebook knows what is good for you, and it is not news and information about the state of the world. Such “public content” will be increasingly removed from Facebook news feeds, while those news posts that are shown “will be held to the same standard—it should encourage meaningful interactions between people.”

In the dictatorship envisioned by Orwell in his book 1984, Big Brother and his apologists in the media use “Newspeak” to paper over the perpetual state of war and dictatorship by turning things into their opposite: war is peace. In Zuckerberg’s “Funspeak,” the suppression of people’s ability to transmit information is described as an effort to “bring us closer together with the people that matter to us.” Censorship in the guise of a Hallmark greeting card.

Zuckerberg states, moreover, that Facebook “started making changes in this direction last year,” that is, censorship has already begun. The World Socialist Web Site has observed that over the past six months, content posted on Facebook, particularly videos, have a significantly lower reach than in the past, while readers have reported having their own posts of WSWS articles flagged as “spam.”

The political motivation for the decision—a 180-degree shift in the company’s content strategy—is underscored by the fact that it will likely have a significant negative impact on Facebook’s bottom line. In his post, Zuckerberg acknowledged that he expects that “the time people spend on Facebook and some measures of engagement will go down.” This, combined with an anticipated drop in advertising revenue from content publishers, caused Facebook stock to fall 9 percent on Friday.

But more important issues are at stake. Facebook’s action exemplifies the embrace by the major technology companies of corporate-state censorship. From companies whose stated aim is to propagate, share and disseminate information, they have become instruments of suppression and control.

One year ago, Zuckerberg would have taken his statement, included in his post yesterday, that “video and other public content have exploded on Facebook in the past couple of years” as a point of pride. Now, he treats it as dangerous.

This shift is the outcome of a campaign led by the Democratic Party and the US intelligence agencies. In coordination with media outlets including the New York Times and Washington Post, they have developed a neo-McCarthyite argument that Russian influence in US politics, primarily through the mechanism of social media, has corrupted “American democracy” and is “sowing divisions” within the country—an argument taken up by Germany, France and other states.

In a series of hearings at the end of last year, US lawmakers made clear that they expected Facebook, Twitter and Google to implement a sweeping crackdown on political speech. Just this past week, Democrats in the US Senate released a major report on alleged Russian intervention in US and European politics. It concludes that “social media platforms are a key conduit of disinformation campaigns that undermine democracies.”

The real concern of the ruling class is not Russian “meddling,” but the growth of social and political opposition, in the United States and internationally. As the Trump administration pursues its reactionary, militarist and antidemocratic agenda—including the abolition of net neutrality—the Democrats are terrified that unending war and unsustainable levels of social inequality will produce a social explosion.

Five months ago, the World Socialist Web Site warned that Google was seeking to censor leftwing, antiwar and progressive web sites as part of a broad turn toward censorship by the major technology companies. The assault on democratic rights and free speech has progressed rapidly in just half a year. The ruling class is taking aggresive actions in anticipation of a major war and an explosion of social unrest this year.

Under these conditions the online webinar, “Organizing resistance to Internet censorship,” featuring WSWS Chairperson David North and journalist Chris Hedges, is extraordinarily timely. The live videostream will be broadcast on Tuesday, January 16, from 7:00 to 8:30 pm Eastern Standard Time. We call on all our readers to register today at endcensorship.org and make plans to participate in this critical international event.

About the Author
Andre Damon is a senior editorialist and corespondent for wsws.org.

This work is licensed under a Creative Commons Attribution-NonCommercial 4.0 International License.
ALL CAPTIONS AND PULL QUOTES BY THE EDITORS NOT THE AUTHORS

US Humiliation of South Korea