MAKE SURE YOU CIRCULATE THESE MATERIALS! BREAKING THE EMPIRE'S PROPAGANDA MACHINE DEPENDS ON YOU.
GEOPOLITICS & EMPIRE 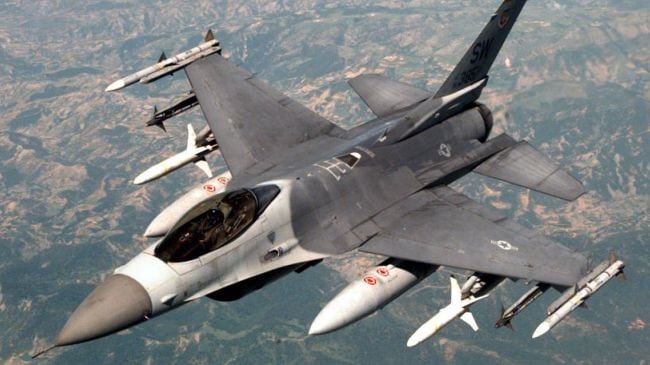 IDF jet of the type downed by Syrian defenses. One of the many tools used by Israel, the empire and its vassal states, to instigate mayhem around the world, especially the Middle East.

Professor of Sociology Edward Curtin discusses the attempts by the US, Britain, NATO and Israel to create false pretexts for an invasion of Syria and war with Russia. He discusses how the Deep State has concocted RussiaGate and how media and propaganda make it difficult to tell fact from fiction.

Triggering War. A Manufactured “Catalytic Event” Which Will Initiate An All Out War? Are We Going to Let this Happen Again? https://www.globalresearch.ca/triggering-war-a-manufactured-catalytic-event-leading-to-all-out-war-are-we-going-to-let-this-happen-again/5632549

Further Signs of More War: A Most Dangerous Game http://edwardcurtin.com/further-signs-of-more-war-a-most-dangerous-game

The Coming Wars to End All Wars http://edwardcurtin.com/the-coming-wars-to-end-all-wars

Despite Mr. Curtin’s dire predictions of a coming world war, I do not believe in it. If we are aware of the might of Russia’s new weaponry, I am quite sure that the powers-that-be in Washington are far better informed, reason why Trump is giving billions more to the Pentagon to produce newer and more lethally effective weapons. The international race for war materiel is to try to bluff others of one’s prowess and imaginary threat to trumped-up adversaries (pun intended). It is an international game of skittles and sooner or later it will fall apart, but as more recent history shows, any confrontation is acted out in proxy, reason why Afghanistan and Syria are victims. It is not the big boys that get into scrambles but it is always the lesser and less powerful nations that get to bear the brunt of the antagonism burden.

Excellent discussion. Thanks to both participants. The addition of John Bolton as National Security Advisor cements the observation that the state is moving into imminent warfare mode. The citizens of Western societies today are as out of touch with “reality” as during the Crusades and the Holy Inquisition – totally lost in the propaganda mythologies of the elites of the times – who have therefore reduced them to unthinking cannon fodder. That the war-mongering neo-cons in the Trump administration are now attacked “from the right” by mainstream Democrats, as essentially “not warlike enough” speaks to the complete lobotomy that has occurred on the public mind. I just returned to the U.S. after three years in rural France and I feel like I’m walking around on some sort of zombie apocalypse movie set. Can no one think for themselves anymore? Or is it just too frightening to do so?