Swiss Governmental Lab identifies the Substance used on the Skripal case as being linked to…NATO?

MAKE SURE YOU CIRCULATE THESE MATERIALS! BREAKING THE EMPIRE'S PROPAGANDA MACHINE DEPENDS ON YOU.
UPDATE: Prefatory note by the author [su_panel background="#f9f5df"]

I THINK THE BELOW IS SELF-EVIDENT.
The West is exerting maximum pressure to keep the lid on the big lie regarding the Skripal false flag and later, as that had begun to fall apart, due to its transparent fraudulence and numerous contradictions, the chemical weapons putative attack in Douma. Chemical weapons, as expressed by other reporters and geopolitical analysts, are being used as the favorite bugaboo to inflame passions among the public, given their horrific effects, but it should be recalled that the world today has many other types of horrendous articles of death, from drones firing missiles that turn a human body into a mangled pile of bloody gel to conventional mortar shells, not to mention more exotic weapons in every major superpower arsenal, many of which are being used by the West and its client states, as we witness in Yemen. The whole thing reeks of hypocrisy.

Timeline
At 15:50 April 16, I called the OPCW public affairs phone number (31-704163242) and spoke to a “Jamie”; surname not given. I asked about the April 12 OPCW executive summary report to the public in which it was written:

“The results of the analysis by the OPCW designated laboratories of environmental and biomedical samples collected by the OPCW team confirm the findings of the United Kingdom relating to the identity of the toxic chemical that was used in Salisbury and severely injured three people.” https://www.opcw.org/news/article/opcw-issues-report-on-technical-assistance-requested-by-the-united-kingdom/

No more. Nothing stated about whether the poison was only novichok or could it have had other elements, such as the NATO-produced BZ, as the Russian government contends and about which Dr. Andrea Galli wrote.

“Jamie” would not answer my question. He said: “This is protected information. Our full report only goes to the 192 member states”.

Question: “Does this mean that Russia’s statement that BZ was an element was correct or not?”

We went around this a bit and then he asked why I kept asking him. I answered: “Because I am concerned about what the facts are and so should you be, because what really happened could either be an excuse to start a world war or be confirmation that there is no excuse at all to war, and that is clearly related to what did or did not happen in Douma, Syria on April 7.”

Swiss Governmental Lab identifies the Substance used on the Skripal case as being linked to NATO? 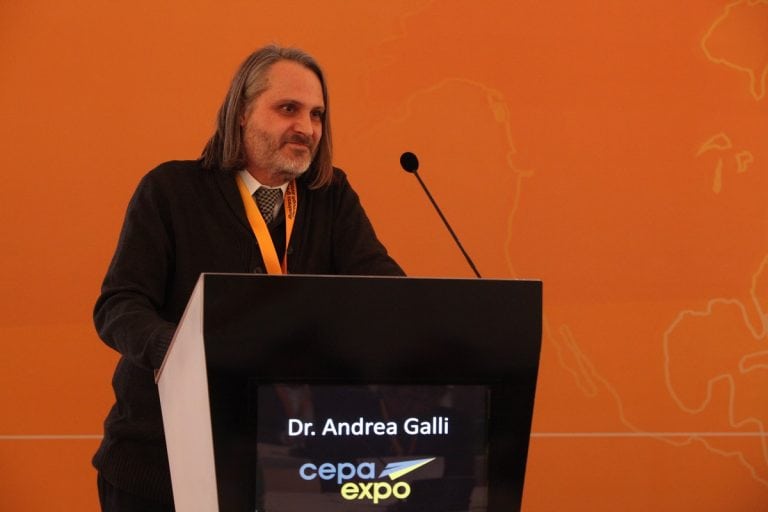 Britain has accused Russia of carrying out an attempted assassination of the ex-double-agent Mr Skripal using nerve agents belonging to the Novichok group. Mr Skripal was found unconscious with his 33-year-old daughter on a park bench on 4 March in Salisbury, with medical staff later determining they had been exposes to a nerve agent. Ms Skripal is recovering from the attack after being discharged from hospital on Monday. Mr Skripal remains ill in hospital. The incident has exacerbated a major crisis between Russia and the west.

The Swiss Institute for the Protection of Nuclear, Biological and Chemical Weapons (Schweizerisches Institut für ABC-Schutz, www.labor-spiez.ch) is a world-renowned swiss governmental run centre of excellence in the domain of WMD forensic analysis. It proceeded to analyse the substance found at Salisbury at the request of the OPCW. Lavrov said he received confidential results from Switzerland’s government-run Lab.

According to the report of the Swiss Lab the poison found at Salisbury by OPCW investigators looking into the Skripal affair, there are traces of the toxic agent 3-Quinuclidinyl Benzilate and traces of A-234 – one of the nerve agents of the novichok group – in its original form and in a concentration that would have killed the Skripals, not explaining the clinical picture of the Skripals. However, the presence of 3-Quinuclidinyl Benzilate explains the clinical picture of the Skripals.

3-Quinuclidinyl Benzilate was developed and weaponized in the 1960s as a new chemical agent for battlefield use as a psychochemical and assigned the NATO code Agent BZ.

Agent BZ is a NATO nerve-poisoning agent and a nonlethal chemical weapon that can render the enemy too irritable to fight but has unpredictable effects. While nonfatal, agent BZ causes a wide array of potentially incapacitating symptoms in its victims: soldiers can become disoriented or even experience hallucinations, according to a U.S. Army manual from 1963 that can be obtained through the Freedom of Information Act.

“The incapacitating agent BZ munitions give the commander a capability to apply a nonlethal force in selected situations,” the document explains.

Less than 1 mg of BZ takes 30-60 minutes to act and can produce acute brain syndrome, characterized by delirium lasting for 3–5 days, which can be reversed by physostigmine and other anticholinesterases. Chemical agents that consistently produce changes in thought, perception and mood, without causing any major disturbances in the autonomic nervous system or other serious disability, are classified as psychomimetic agents. It is a psychedelics group of substance that includes a large variety of compounds. Among them, LSD is the most well known member.

What is now with the sanctions against Russia since they have never worked on this type of substance? The laboratory did not immediately respond to the claims, which came late Saturday afternoon. An insider with access to the Swiss-lab has confirmed on Sunday 15, April the results cited by Lavrov.

The above information was on the internet and on Modern Diplomacy’s website at 13:30 April 16 when our correspondent in Northern Europe found it and downloaded it to his documents. At 14:00, when he looked again the materials were gone from Google and from the Modern Diplomacy website. Instead, people now get a 404. Curiously, it is only this page that has been affected, the rest of Modern Diplomacy appears to be operating normally. 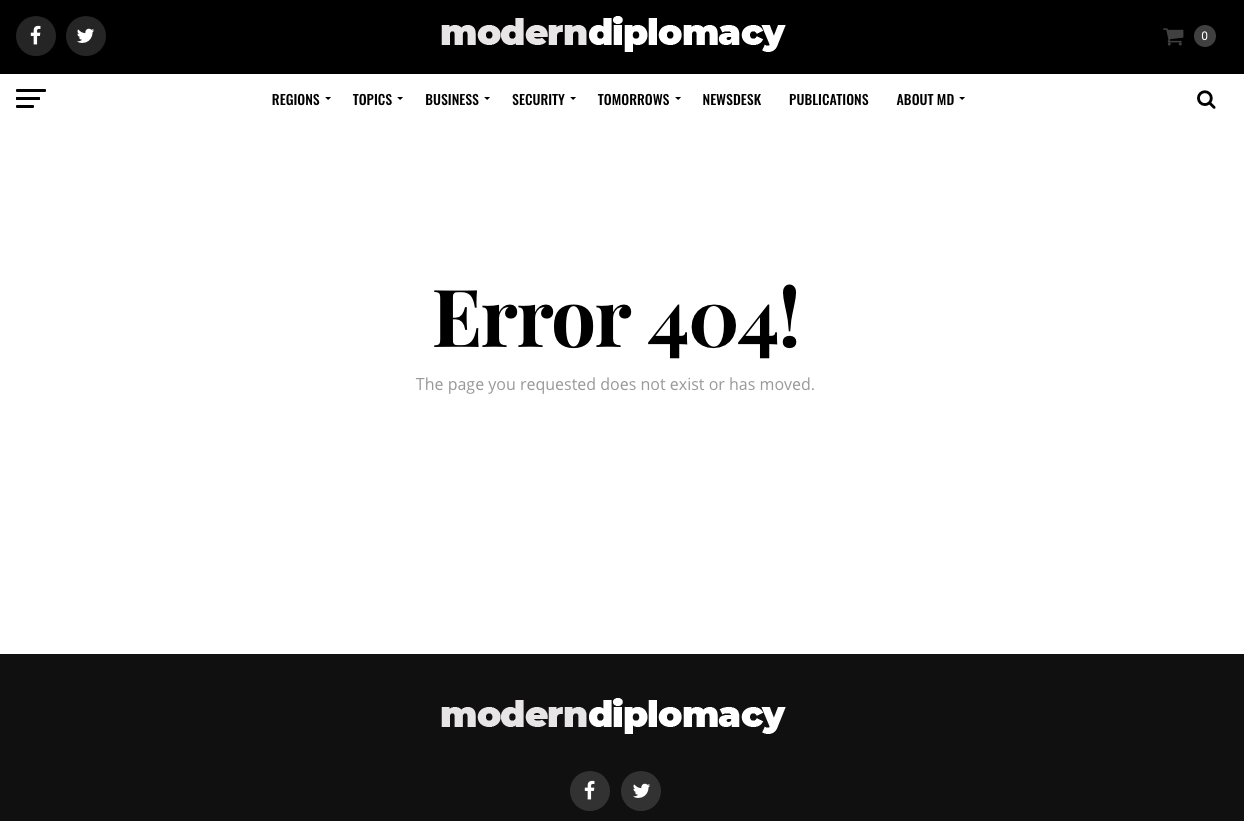 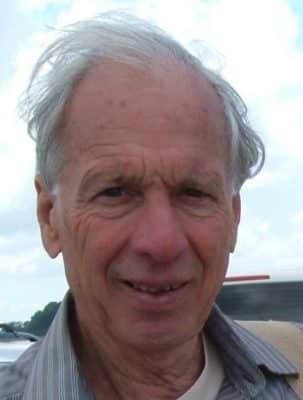 , journalists and activist, is the author of six books on Cuba including: “Backfire: The CIA’s Biggest Burn”, Cuba Beyond the Crossroads with Theodore MacDonald, and Cuba at Sea, plus other books such as "Yankee Sandinistas", “Sounds of Venezuela”, and “Tamil Nation in Sri Lanka”. He has lived and worked in Latin America including in Cuba 1988-96 (Cuba's Editorial José Martí and Prensa Latina), and in Denmark, Iceland, Japan, and India. www.ronridenour.com; email: ronrorama@gmail.com.