BE SURE TO PASS OUR ARTICLES ON TO KIN, FRIENDS AND COLLEAGUES
[su_panel background="#e9eaef" radius="11"]THIS IS A REPOST DUE TO INTENSIFICATION OF ISRAELI PROPAGANDA TO WHITEWASH THEIR AGGRESSIONS ON SEVERAL FRONTS—SYRIA, GAZA, ETC.— AND MORE TALK OF WAR WITH IRAN, HEZBOLLAH, LEBANON, AND OTHER AREAS. [/su_panel]

Looks like another War Crime by Israel.
Israel should be sanctioned & boycotted for its Wars of Aggression & its support of al-Qaeda & ISIS terrorists in #Syriapic.twitter.com/1ZDfOnWMas

According to Syrian and Lebanese media, multiple military sites were struck Sunday night. Hezbollah’s Al Ahbar accused Israel for the attacks. A Syrian military statement said “Syria is being exposed to a new aggression with some military bases in rural Hama and Aleppo hit with enemy rockets.”

The Syrian Arab News Agency (SANA) said “(a) number of military sites in the countryside of Hama and Aleppo provinces were exposed to a new aggression at around 10:30 PM on Sunday.”

“This aggression came at a time when the news confirmed the conclusion of agreements to take terrorists out of Yalda, Babila, Beit Sahm and al-Yarmouk camp and after the terrorist organizations’ setbacks and defeats especially in the countryside of Damascus.”

Sites targeted included the Syrian army’s 47th brigade ammunition depot near Hama, one or more facilities at Aleppo’s airport, and a western Hama Fire Fighters Center. Iranian military advisors use these facilities, some of their personnel reported killed in the strikes, perhaps dozens of other casualties as well. It’s unclear who carried out the attacks, Syrian sources saying either the US, UK, Israel, or perhaps all three countries. One report said bunker buster bombs were used.

The Syrian Arabic language Tishreen broadsheet reported the attack coming from Jordanian-located US and UK military bases – unconfirmed so far. Nothing was reported about Syrian missile defense system attempts to intercept incoming missiles.

Hours before the strikes, Trump and Netanyahu spoke by phone. Earlier on Sunday, new Secretary of State Pompeo met with Netanyahu in Israel – following his visits to NATO headquarters in Brussels and Saudi Arabia, likely while he was in Jordan, the final stop on his first foreign trip. Earlier on Sunday, Israeli war minister Lieberman said Israel maintains freedom of operation in Syria – no matter how flagrantly in violation of international law.

The Kremlin should warn Washington, other NATO countries and Israel that it won’t tolerate escalated attacks on Syrian military positions launched to weaken its ability to combat ISIS and other terrorists – ultimately aiming for regime change. Syria is the world’s most dangerous hotspot, a flashpoint for potential direct East/West confrontation – no matter how hard Russia tries to avoid it.

EXTRA!
An impeccably impartial witness—Baroness Caroline Cox, a member of the UK House of Lords— denounces Western policy in Syria and "US coalition" attacks. Accuses BBC of bias. 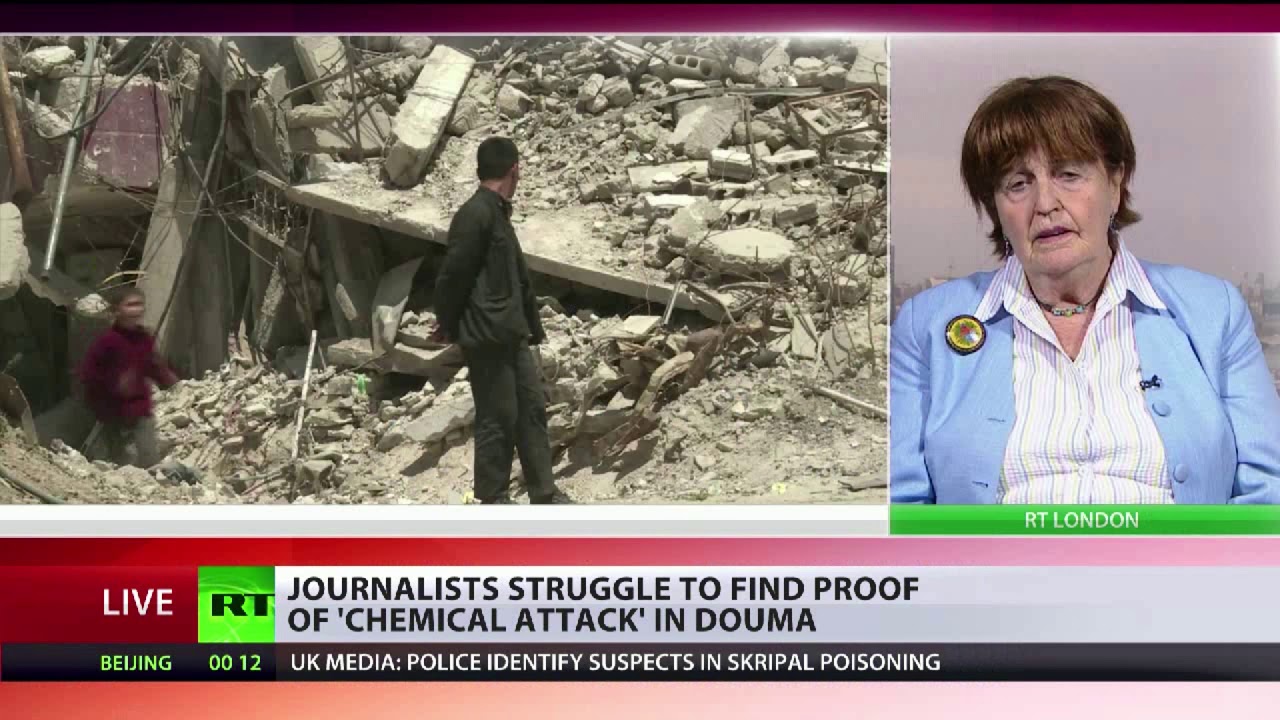