How TIME’s Bremmer Got Duterte Wrong

Today, global dominant media is often exploited as a tool of coercive diplomacy. The recent Time commentary on the Philippines president is a case in point. The real story is behind the story.

In early May, Time magazine released the feature story, “The Strongmen Era,” by Ian Bremmer, the venerable president of Eurasia Group. The cover featured the photos of Russian President Putin, Hungarian Prime Minister Urban, Turkey’s President Erdogan, and Philippines President Duterte. It was a promotional piece for Bremmer’s new book on globalization. As Duterte reject the term “strongman,” Bremmer penned a new attack. 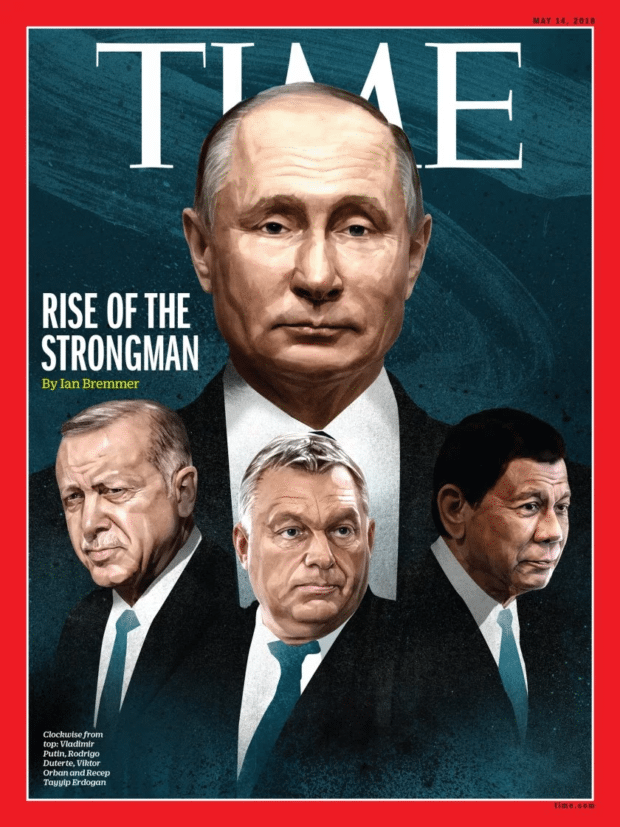 TIME's tendentious cover. Anyone not doing Washington's bidding is apt to be derided as a "strongman" or worse. When murderous thugs come to power to implement American policies, they become "leaders of the free world." Just business as usual in the biggest propaganda machine the world has ever seen. (May 3, 2018)

Bremmer’s arguments are neither original nor deep. What makes them different is that the Eurasia Group is very close - too close, say critics - to U.S. economic, political and intelligence power, including the famed military-industrial complex, along with his role as Time’s editor-at-large and global affairs columnist.

In his sequel on Duterte, Bremmer relied largely on just a single report by Human Rights Watch (HRW), which he considers “highly credible.” Yet, the HRW has lost much of its reputation. Billionaire speculator George Soros has had leverage over HRW since the ‘80s. In 2010 Soros cemented the ties with a 10-year $100 million HRW donation. Since then, HRW’s record has been tarnished by allegations of partisanship and bias, which climaxed in the 2014 open letter by Nobel Peace Laureates criticizing HRW for intimate ties with the US government. 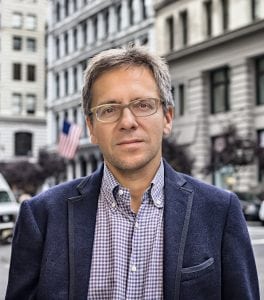 Moreover, the head of HRW’s Asia Division Phelim Kine continues to inflate data in reporting on the Philippines anti-drugs campaign; and Bremmer uses this flawed data without slightest source criticism. Relying on HRW, Bremmer blames Duterte for “sending anyone to jail for criticizing him,” yet the examples he comes up with are Senator Leila de Lima and Supreme Court Chief Justice Maria Lourdes Sereno.

In reality, de Lima is imprisoned for receiving substantial payola money from drug lords, abusing public office and paying off confidants, while serving as Justice Secretary in the former Aquino administration. In turn, Sereno, another Aquino appointee, got her office, thanks to partisan politics, but not to credentials, and she was ousted after grossly abusing her office.

Finally, Bremmer relies on “international rights organizations” and UN officials that Duterte has tried to “harass and intimidate.” In reality, the Duterte government invited UN Special Rapporteur Agnes Callamard - who has been supported by Soros in the US and the UN - to a public debate, yet Callamard sneaked into Manila for a lecture at the request of Chico Gascon, a veteran Liberal Party leader, who promotes the misguided views that Bremmer takes for divine truths.

Links with the Philippine failed liberals, and Malloch-Brown (Soros)

The common denominator in all these cases is the ongoing meltdown of the Liberal Party (LP), which Washington has relied on in the Philippines since the late 1980s, despite the party’s internal decay. Human rights is the pretext in a geopolitical effort to corner the Duterte government, restore the LP and its special ties with the US.

Bremmer’s Time debacle is the latest in a long series, which began in May 2016, when he warned in the New York Times that “The Philippines Has to Know It Needs the US.” The Philippines needs Chinese infrastructure investment, but “if you deal with China without us... That will be bad for you and your country.” 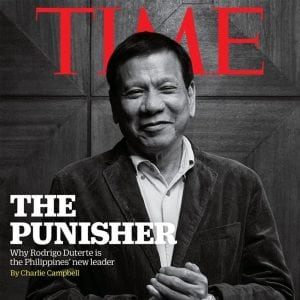 Bremmer was talking about Duterte already in May 2016, upon his election to the presidency. As usual, everything is seen through the lens of Washington's global agenda.

And yet, as Duterte has recalibrated Philippines ties with the US in security and with China in the infrastructure, the country is positioned to grow at 6-7% annually for years. These realities are fully ignored in Bremmer’s pieces for Time, along with Duterte’s democratic and huge popular support - and by other global media that failed to report on the darker side of the Aquino era, its massive graft, proliferation of drugs, and high-profile corruption debacles.

In contrast to Nobel critics of human rights’ political exploitation, Bremmer’s case rests on HRW and Soros, who he deems the “advocate of liberal Western democracy.” Yet, the two may share more prosaic common interests. In 1998, the Financial Times reported that Soros’s commentary on the need for Russia to devalue its currency precipitated the country’s massive default on debt, which was created by Prime Minister Sergey Kiryenko’s cabinet. That’s also the year when Bremmer founded his consultancy which has advised Kiryenko, according to his own bio.

Moreover, the Eurasia Group is linked with Soros through Lord Malloch-Brown, the controversial chairman behind the election technology Smartmatic - which has caused political debacles around the world, including the Philippines - who has served as vice-chairman of Soros Fund Management and the Open Society Institute. Since 2016, Lord Malloch-Brown - who has been a longstanding advisor of the Aquinos and the Liberal Party - also became Senior Advisor of the Eurasia Group.

None of these associations were disclosed in the Time commentary.

Links with the White House and US intelligence community

Specializing in the former Soviet Union, Bremmer got his PhD in Stanford in 1994. The young policy wizard proved influential in think-tanks that work with, for and by the US government, multinationals and Wall Street. He founded Eurasia Group in the late ‘90s when the US pioneer of geopolitics Zbigniew Brzezinski used to warn that American hegemony can only survive if the US can dominate Eurasia and deter future rivals - such as Russia and China.

As the National Security Agency (NSA) intensified efforts to shape US foreign policy in the early 2000s, along with the State Department and Pentagon, its leaders listened Bremmer about oil, natural gas, terrorism and Iraqi reconstruction. The Group’s CEO is Robert Johnston, an energy specialist, who used to serve in UBS and Enron. Its head of research David Gordon has served in the highest posts of the CIA and the State Department. Evan Medeiros was recruited in fall 2015 to head the Group’s Asia branch. As Obama’s top advisor on the Asia Pacific, he was responsible for coordinating US policy toward Asia, including “modernizing” key alliances, such as the US-Philippines 10-year defense agreement.

There is nothing wrong about hiring the “best and the brightest.” But a revolving door between the government and the private sector comes with huge moral hazards. If the two are not kept in arm’s length, collusion becomes viable and political risk consultancies operating in the private sector risk morphing into arms of the government. That’s precisely the kind of “statism” - centralized state control - that Bremmer purports to oppose.

The original version was released by The Manila Times on May 21, 2018. 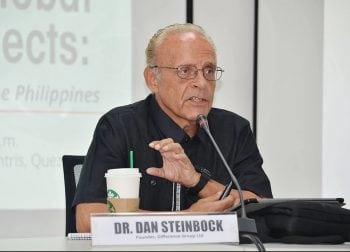 Dr. Dan Steinbock is an internationally recognized strategist of the multipolar world and the founder of Difference Group. He has served as research director at the India, China and America Institute (USA) and visiting fellow at the Shanghai Institutes for International Studies (China) and the EU Center (Singapore). For more, see https://www.differencegroup.net/