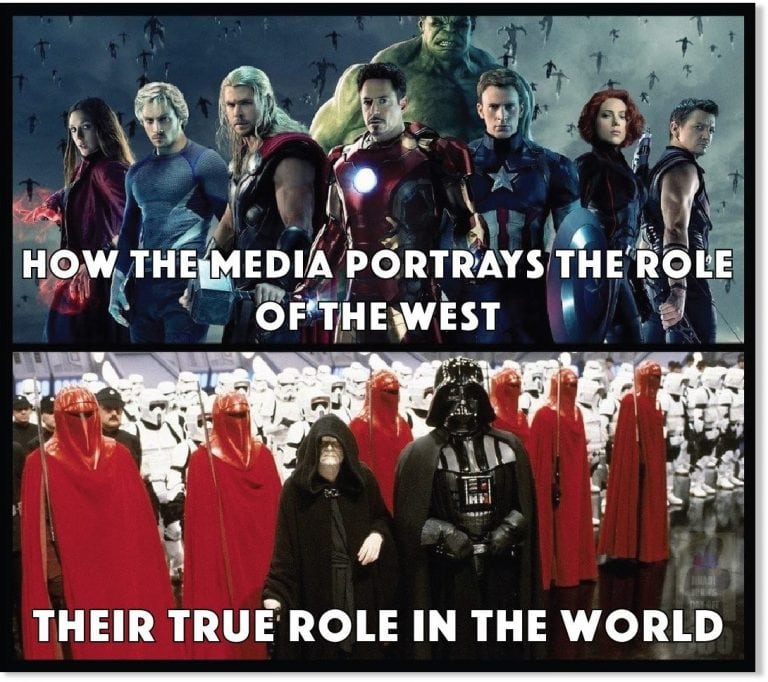 Vilifying them with fabricated accusations, people are manipulated to support naked aggression for alleged national security reasons, humanitarian intervention, democracy building, and/or other manufactured pretexts, threats invented because none exist.

America and Israel have no enemies [except those created by these two states' own criminal actions].  State-sponsored propaganda pretends otherwise. Media scoundrels repeat Big Lies to enlist popular support, scaring the public to back what demands condemnation.

The Journal report came when Syrian forces are mobilizing for a large-scale offensive to liberate southeastern areas along the Israeli and Jordanian borders. Thousands of government troops headed for Daraa and Quneitra provinces to join up with other Syrian Arab Army forces positioned there for the upcoming offensive. The Journal report may have been prepared as a pretext for US and Israeli terror-bombing, helping terrorist fighters they support illegally hold onto captured territory.

According to AMN News, the planned offensive “is expected to be the biggest operation to take place during this seven year long war,” maybe the “bloodiest.”  Possible US and/or Israeli intervention is the wild card, making it bloodier if things turn out this way. Separately, Russia’s Defense Ministry spokesman General Igor Konashenkov explained “(a)s for the current situation in the Syrian Arab Republic, we recommend the Pentagon chief to examine the map showing the situation in this country,” adding:

“All remaining pockets of resistance of Daesh (ISIS) terrorists in Syria are located only in areas controlled by the United States.”

They’re deployed as imperial foot soldiers where Washington wants them used, supplying them with heavy weapons and other material support. Throughout years of war, “Washington focused on financing and directing arms supplies to fictional ‘Syrian opposition’ totaling hundreds of millions of dollars,” said Konashenkov. “The vast majority of US-supplied arms and ammunition (went to) Nusra Front (and ISIS terrorists, used by Washington) to overthrow the legitimate Syrian government.”

A nonbinding draft proposal will be voted on, condemning its egregious violence against peaceful demonstrators threatening no one – the measure likely similar to the resolution vetoed by the Trump regime days earlier. No other SC members opposed it.

Commenting on Washington’s veto, PLO Executive Committee Hanan Ashrawi called it “absolute proof of (America’s) moral corruption, (extending) blindfolded support to Israel, so that they can ensure Israel’s crimes and violations against an unarmed civilian population remain unpunished, and continue with impunity.”

Both countries partner in each other’s high crimes. One Ziofascist regime supports the other.

A Better Idea Than Russia Returning to the G7