Home AMERICAN BRAINWASH Understanding the Conflict in Nicaragua: the Long Battle Against US Imperialism

Understanding the Conflict in Nicaragua: the Long Battle Against US Imperialism 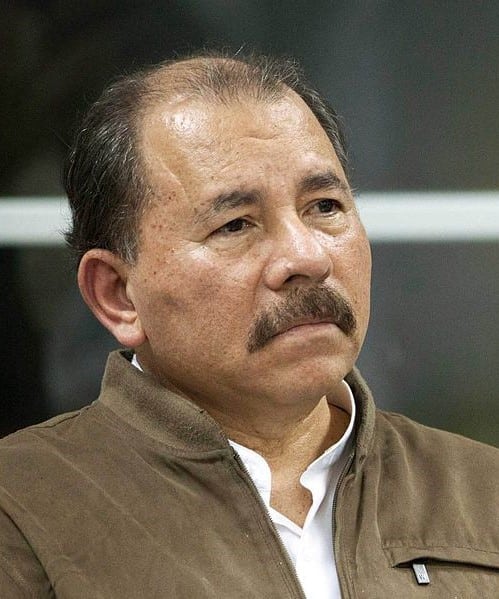 As of June 28, the death toll in Nicaragua has reached 285, with more than 1,500 wounded. The country is divided, trying to make sense of the violence and the political climate that surrounds it. In the United States, making sense of the current narrative is nearly impossible. It seems that there is one narrative passing through the mainstream news cycle on repeat like an echo chamber. According to this narrative, President Daniel Ortega is authoritarian. He cut pensions. People protested. Ortega responded violently, killing still climbing numbers of protestors. Ortega must go, and the United States must support him, in the name of democracy. But reality is rarely that simple. This article is not a defense of the Ortega administration. It does not seek to condone or overlook the recent deaths. It is an attempt from one human being to another to push against the walls of this echo chamber and give historical context to the current conflict.

The misinformation – or, at best, the careful curation of facts—surrounding the recent protests begins with the pension cuts that sparked the conflict. Contrary to the current narrative, the pension proposalsdid not originate with Ortega’s administration. In response to the budgetary shortfall of Nicaragua’s social security fund (the INSS), the IMF proposed cutting benefits by 20% and raising the retirement age to 63 (or even 65) from 60, among other changes. Ortega’s administration rejected the IMF’s harsh austerity measures and instead proposed cutting pensions by 5% and increasing contributions to the INSS by 3.5% from employers and .75% from employees. Ortega’s proposal cut pensions by far lower rates than the plan suggested by the IMF policy, but somehow the IMF seems to have escaped blame in the narrative around the protests. Don’t be fooled: the IMF and the broader neoliberal agenda have a long history of crafting policies that impoverish everyday people and widen inequality gaps throughout the Global South. Nicaragua is no exception.

Daniel Ortega has long been an enemy of the United States and its imperialist agenda. Ortega was part of the Sandinista revolution that ousted the US-backed 40-year Somoza dictatorship in 1979. The Sandinistas remained in power for 19 years under Ortega’s leadership, during which time illiteracy rates fell by nearly 40%. They lost the elections in 1990, paving the way for 17 years of neoliberal administrations. In 2006, Ortega once again won the presidential elections. Since he has been in office in 2007, poverty has fallen from 48.3% in 2005 to 24.9% in 2016 after plateauing for during the series of neoliberal administrations that followed the 1990 defeat of the Sandinista government. From 2006 to 2017, the GDP has increased by 38 per cent. Ortega has enjoyed high popularity ratings, but to say that the people of Nicaragua unliterally love him would be a lie. His record is complicated: it was before the protests, even more so now. But the fact that the gains made by his administration have been left out of much of the coverage around Nicaragua’s most recent protests gives rise to a bigger question, one that is unconcerned with the wishes and demands of the Nicaraguan people. The conflict in Nicaragua is not black and white: it is possible both that the people of Nicaragua have grievances with Ortega, and also that there are other factors at play that echo larger trends of an imperialist intervention and a neoliberal agenda throughout Latin America propagated by the US, most recently in Brazil and Venezuela.

As Tricontinental: Institute for Social Researchrecently reported, the United States has waged an ‘unconventional war’ on Venezuela and throughout the region, using economic sanctions, the manipulation of public opinion, and other schemes to insert a neoliberal agenda under the pretext of humanitarianism, “waging a war that has the particularity of sometimes seeming to be mobilizations for citizens’ rights.” These ‘Unconventional Wars’ provide important context for understanding the protests and relate violence in Nicaragua. The United States has in large part created the crisis in Venezuela through economic sanctions and other means and subsequently used the consequences as a pretext for intervention. Self-determination is a threat to US and corporate interests that stand to benefit from natural resources, trade deals, and cheap labor in the region. In the case of Nicaragua, Daniel Ortega’s administration has aligned itself with the leftist Venezuelan government, raising its fist to the beast of US imperialism. It is brave to stare US imperialism in the eye (according to Tricontinental: Institute for Social Researches In the Ruins of the Present,the US has the most powerful military in the world at $611.2 billion per year), but it is not without consequences.

The West has shown that the assertion of both Venezuela and Nicaragua that they have the right to act independently of US and Western interests will not be tolerated, especially insofar as it dares to use the countries’ resources to invest in the wellbeing of their own people at the expense of the profits of multinational corporations. The US has made it clear that there are consequences for any administration that dares to challenge its authority. To this end, the United States is pushing the Nicaraguan Investment Conditionality Actof 2017 (also known as the NICA Act), which seeks to block the country’s access to international loans—all under the pretext of democracy and humanitarianism (despite the fact that these loans are largely used for health, education, and social spending). The NICA Act has been interpreted by many as a way of punishing Nicaragua for its alliance with Venezuela and its deviation from the desires of US imperialism and hegemony. For the US, this has nothing to do with democracy. It has nothing to do with pension cuts. It has nothing to do with supporting actual grievances that the Nicaraguan people have with their government. 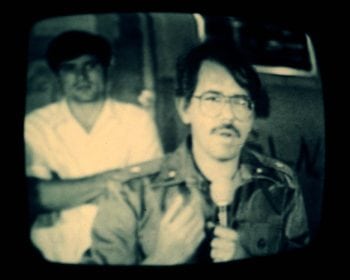 Ortega as young Sandinista commander. Who knows where these idealistic revolutions could have gone if the US and its accomplices had not wrecked their plans.

The US narrative about Nicaragua closely mirrors the ‘unconventional wars’ in Venezuelaand Brazil, hiding behind a manufactured narrative of humanitarian need and using a systematic shock as an opportunity to insert a neoliberal agenda. As journalist Max Blumenthal and others have noted, the United States government has poured a tremendous amount of money into the anti-Ortega protest movement (including some protest groups, media, and other anti-Ortega groups), largely through the National Endowment for Democracy (NED)and USAID. Recently, a group of student leaders of the protests took a trip to the United States funded by Freedom House, a US government-funded NED partner, and met with conservative senators Marco Rubio, Ted Cruz, and Ileana Ros-Lehtinen to ask for support (the same three who recently re-introduced the NICA Act in April). While the intentions of the students and the reality on the ground are murky at best, the intentions of US imperialism couldn’t be clearer.

We mustn’t forget that the United States has a long history of meddling in Latin America and supporting regime change to further its own economic interests. In Nicaragua, the United States supported the brutal Somoza dictatorship and funded the right-wing Contras in an attempt to defeat the Sandinistas during the iconic Iran-Contra scandal. With this history in mind, are we really to believe that the US government has the best interest of the Nicaraguan people at heart? Are they concerned about the people’s grievances with Ortega, or is there something else at stake?

We can – and must – hold multiple truths at the same time: that Ortega’s government has made huge strides for working people in Nicaragua, that many Nicaraguans have had- and continue to have- grievances with the Ortega administration, that there has been a real human toll to the conflict that has cost the lives of hundreds of Nicaraguans, and that the United States is trying to take advantage of this discontent and instability for its own benefit. The push for the NICA Act and the funding of opposition groups enforce any suspicions that the historians among us might have had. We know what the US wants. But we mustallow the people of Nicaragua to chart a path forward, to be the makers of their own history, and to hope for peace and a future that is free from the suffocating grip of US imperialism.

About the author
Celina Stien-della Croce is the Coordinator of Tricontinental: Institute for Social Research.