One year ago, workers and young people throughout the world were horrified by a neo-Nazi march in Charlottesville, Virginia. The Nazis held torch-lit parades, chanted “Jews will not replace us,” gave the Nazi salute, flew flags with swastikas, and marched in Ku Klux Klan uniforms. One of the fascists rammed a car into a counter-demonstration, murdering one woman and injuring 35 others.

Earlier this year, the organizers of the August 12, 2017 Charlottesville rally, known as “Unite the Right,” announced a plan to hold another demonstration on its anniversary, this time in Washington D.C. In response, over a dozen left-wing organizations and dozens of prominent individuals, including whistleblower Chelsea Manning, called a counter-protest on the same day.

As part of a campaign to block what it called “divisive,” “violent,” and “extremist” activity, Facebook, working in conjunction with US intelligence agencies, announced Tuesday that it had blocked not the Nazi rally, but an event page for the demonstration protesting it.

Facebook justified its action by declaring that the counter-protest was set up by a group that showed signs of “inauthentic activity,” a claim that it backed up with neither details nor evidence.

The No Unite the Right 2 – DC rally removed by Facebook

The statements accompanying Facebook’s action make clear that the blocking of the counter-demonstration is a deliberate effort to repress and criminalize left-wing political views, setting a far-reaching and dangerous precedent.

Facebook’s blog post announcing the blocking of the event, together with 32 other accounts, cited an analysis by the Atlantic Council think tank noting that all the accounts targeted by Facebook were left-wing, including accounts opposing police violence, attacks on immigrants and the Trump administration’s promotion of fascist groups.

The Atlantic Council’s report said the pages shut down by Facebook targeted “the left of the political spectrum” and “sought to promote divisions and set Americans against one another.”

Both Facebook’s post and the Atlantic Council report are filled with Orwellian and authoritarian language. Who is Facebook to determine what constitutes “inauthentic activity,” a term so broad as to be capable of including anything? And who gave Facebook the right to shut down pages that “promote divisions,” as if such divisions do not already exist, with no need of being “promoted,” in a society characterized by historically unparalleled levels of social inequality?

These themes were continued in a hearing by the Senate Intelligence Committee Wednesday featuring testimony from “security” companies and think tanks closely aligned with the US intelligence agencies.

Renee DiResta is director of research at New Knowledge, a consultancy firm that claims to protect the reputations of businesses from what it calls “suspicious communities.”

DiResta said “malign narratives” have “existed for a very long time,” but in “today’s influence operations” the “propaganda is shared by our friends, often in the form of highly effective, shareable, immediately graspable memes.”

With reference to “fake” ads run ahead of the 2016 election, she noted that the accounts promoted statements “targeting the left,” aiming “to paint Secretary Clinton in a negative light as compared to candidates Jill Stein or Senator Bernie Sanders.” 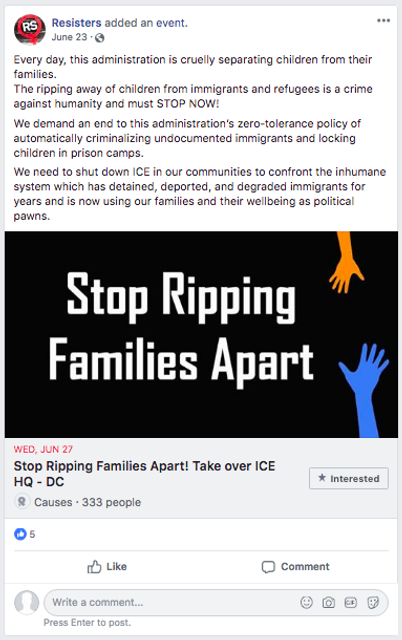 She noted that such “Influence operations” are increasingly appealing to “ideological true believers” and “non-state extremists.” In other words, they are directed at people fed up with the capitalist system and looking for a socialist or left-wing alternative—the implication being that such conceptions are “extremist” and must be criminalized.

Another participant in the hearing, Graphika CEO John W. Kelly, said that “automated accounts” on the “extremes” of the political spectrum “produce as many as 25 to 30 times the number of messages per day” as “genuine political accounts across the mainstream.”

A definite narrative is being created, resurrecting American anti-communism’s long tradition of labeling “outside agitators” as the source of “social disturbances.” Any political viewpoint critical of capitalism is to be labelled an “inauthentic influence operation” promoted by “extremists,” and therefore subject to suppression by the state and the technology monopolies.

In so doing, the factions of the state aligned with the Democratic Party and the intelligence agencies, who are locked in a bitter factional battle with Trump over issues related to foreign policy, find themselves in alliance with the White House against the emergence of left-wing political opposition. This has manifested itself, in this case, in an effort to target those protesting a fascist rally, and, by extension, the defense and legitimization of the fascists.

The moves by all factions within the US political establishment to delegitimize and criminalize political opposition  must be understood in class terms. After decades of continuous upward redistribution of wealth, three people now control as much wealth as the bottom half of American society. Jeff Bezos, the world’s richest man, has a net worth of $143 billion.

This financial oligarchy, together with a broader periphery within the top 10 percent of income earners who have also been enriched by the boom in share values, see themselves besieged by an angry and hostile working class that is increasingly turning to socialist politics.

Amidst stagnating or declining real wages, endless cuts to health care and pensions and a string of major contracts expiring over the next several months, the stage is set for an eruption of militant labor struggles unlike anything seen since the sit-down strikes of the 1930s. The growth of the class struggle is increasingly pitting workers in direct conflict with the trade unions, which the ruling class has relied on for decades to suppress the class struggle and facilitate the redistribution of wealth to the rich.

Under these conditions, the ruling elite sees the criminalization and suppression of independent political opposition as a vital necessity in the defense and expansion of its social privileges. The creation of an apparatus of mass censorship by Facebook, Google and Twitter is a vital weapon in the hands of the ruling elite in this life-and-death class struggle.

But the eruption of workers’ struggles that the oligarchy so fears also provides the only basis for defending fundamental democratic rights. In their coming struggles, workers will take up the demand for the free and open Internet and freedom of speech as part of a mass movement, in the United States and internationally, to overturn the capitalist system and establish a socialist society.

ABOUT THE AUTHOR
Andre Damon is a senior writer with wsws.org, a Marxist organisation.