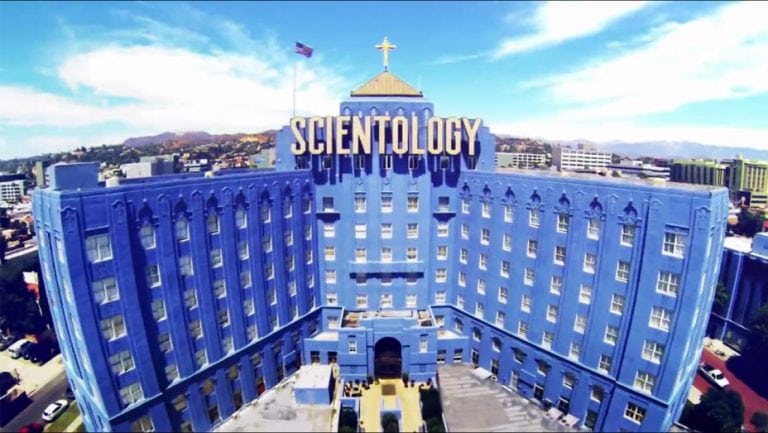 The ingrained futility of American elections show that only non-electoral forms of struggle may prove fruitful to change the system.

A few short years ago Alex Gibney had an insightful documentary on Scientology, Going Clear. What really got to me was how utterly foolish and chronically masochistic many of those former members of this so called Church were. I have studied various cults, and even dabbled within one myself during my younger days. I have seen, firsthand through my own vulnerability, how the need to either belong to or feel needed by a group of others can drive one to enter into these cults. The sad reality is that few people, and this is key, ever realize that it is in fact a cult that they are joining. What made me literally shout at my television screen while listening to some of those interviewed was ' How much **** did you have to take for so many years before you finally saw the light?' Watch the film and see for yourself how far people allow themselves to be manipulated and exploited and even tortured. Mind you, my experience with cults like Scientology, including my brief visit with LifeSpring ( an offshoot of EST),  revealed to me the vast number of highly educated and ( seemingly ) intelligent people who allow themselves to be taken in. I myself was taken in too... all the way up to LifeSpring's advanced training course which consisted of two weeks of intensive ( and expensive)  mind control. As I began to speak one on one with some of the others sharing this experience, I realized how many  overly sensitive and ' needy ' folks like myself ( including many recovering addicts and alcoholics) that were there. The need to ' belong ' and to ' feel  wanted ' can be so great.

To this writer the two party system here in our dear America has been the longest lasting cult in our nation's history. As with the inane British ' Tory vs. Labor ' con job, our own ' Republican vs. Democrat' garbage has for so long scammed so many good, decent Americans.
Having gone through three years of intensive Freudian analysis in the early 80s I can see how cults like Scientology and EST and LifeSpring copied much from standard psychoanalysis, then tweaked it a bit and renamed it something else. Having studied how our own government has used various techniques of outright torture, especially in regard to this ongoing Orwellian ' War of Terror ', I can see how cults copy those techniques and refine them a bit, all for the same heinous purpose: Control . Having also spent over half my adult life studying the entire Nazi movement right through WW2, I can see how much of what Hitler's gang did with their mass rallies and pomp and circumstance has and is being mirrored by cults like Scientology. Seeing the leaders of this cult and its top executives dressed in uniforms that resemble those worn by movie ushers from the 30s and 40s, one has to laugh at the audaciousness of it all. Yet, it is real! Thousands attend these spectacles and cheer and applaud... just like those fools did in 1930s Germany! Or , how about the overflowing crowds who follow those TV preachers and send their hard earned savings for ' Prayer cloths ' and other nonsense?

Now, allow me to go one step further. In two years from now we will have our next Presidential Horserace . Check out the conventions  they hold for these two major political parties. You will then realize why cults like Scientology have been so successful. To this writer the two party system here in our dear America has been the longest lasting cult in our nation's history. As with the inane British ' Tory vs. Labor ' con job, our own ' Republican vs. Democrat' garbage has for so long scammed so many good, decent Americans. Do the research and see how the really key issues and policy decisions that keep this American Empire going full speed always have the consensus of the two parties. It has to... or the wizards behind the curtain would do some pruning to make certain of it. Cults, any and all... SUCK! Isn't it time for more Americans to ' connect the dots ' ?

The Turkish crisis and the threat of world war

Good article that shows how easily people are manipulated. Emotionally needy folks are especially vulnerable to the wacky cults; but an awful lot of “regular” folks are being conned by the billionaire-owned media to believe all the bullcrap emanating from the duopoly political parties
We humans are group animals, for the most part, and depend on cooperation and support from those around us to survive and thrive. The worst thing the rich and their minions do to us in the US on a daily basis is to promote competition and individualism and to make us feel inadequate and inferior because we’re not as wealthy as they are. If you fall for this propaganda, you buy the lie that they made it to the top because they are smarter and more worthy, and that this system of gross inequality is the only possible way to organize society

Super lucidly put, thank you. Hyper-individualism and the toxic all enveloping bew of Amercan exceptionalism are cultural and psychological poisons that have destroyed the social health and cultural cohesion of America.