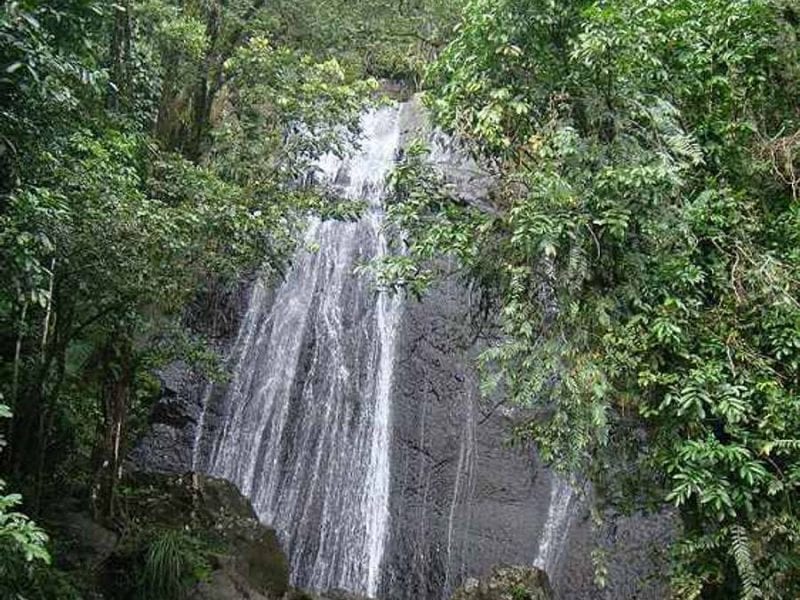 The report’s shocking analysis discovered a collapsing food web in tropical rainforests. Oh please! Can ecological news get any worse than this?

Biologists Brad Lister and Andres Garcia of the Universidad Nacional Autónoma de México returned to Puerto Rico’s Luquillo Rainforest after 40 years, and what they found blew them away. The abundance of insects, and arthropods in general, declined by as much as 60-fold and average temps had risen by 2°C over the past four decades. According to the scientists, global warming is impacting the rainforest with distinctive gusto.

According to Lister: “It was just a collapse in the insect community. A really dramatic change… The insect populations in the Luquillo forest are crashing.” (Source: Climate-Driven Crash in a Rainforest Food Web, Every Day Matters, Oct. 22, 2018).

It doesn’t get much worse than “crashing” of ecosystem support systems, i.e., insects and arthropods in general, which are in the phylum Euarthropoda, inclusive of insects, arachnids, myriapods, and crustaceans. This equates to a loss of basic structures of biosphere life forces.

The research team believes they are already seeing today what the recent IPCC report predicted for climate change in 2040. In their words: “It’s a harbinger of a global unraveling of natural systems.”

“The central question addressed by our research is why simultaneous, long-term declines in arthropods, lizards, frogs, and birds have occurred over the past four decades in the relatively undisturbed rainforests of northeastern Puerto Rico. Our analyses provide strong support for the hypothesis that climate warming has been a major factor driving reductions in arthropod abundance, and that these declines have in turn precipitated decreases in forest insectivores in a classic bottom-up cascade.” (Lister)

Lister and Garcia also compared insect abundance studies conducted in the Chamela-Cuixmala Biosphere Reserve in western Mexico in 1980 to the year 2014, finding temps increased 2.4°C and biomass of insects, and arthropods in general, declined 8-fold.

Their report prompts all kinds of questions about the health and stability of the world’s ecosystems. For one, tropical rainforests are the final frontier of pristine wilderness in the world. People do not live there and other than scientists, few people visit.

Therefore, if arthropods or invertebrate animals like insects and spiders are crashing in abundance, then something is horribly amiss. After all, the Luquillo is a protected rainforest, but alas, that doesn’t prevent the impact of global warming, which is on the rise in the tropics.

According to the scientists: “Our results suggest that the effects of climate warming in tropical forests may be even greater than anticipated.” (Source: Mountain Research Initiative)

Already, it was reported back in March of 2018 that insect losses of 40% up to 80% were happening around the world outside of and beyond tropical rainforests. (Ref: Insect Decimation Upstages Global Warming by Robert Hunziker, March 27, 2018)

Now, it appears that insect loss is truly global, not missing a corner of the planet. It’s everywhere. That’s worse than bad news; it’s dreadful. It’s indicative of a living planet in its early stages of dying throes but still hanging in there. Nobody knows for how much longer.

The big question is: What are the consequences of loss of large portions of insect life? Answer: All living things in the food chain above insects also decrease in abundance or in plain English, they die, e.g. frogs, lizards, and birds and ultimately Homo sapiens, assuming ecosystems eventually crumble.

After all, 97% of the Animal Kingdom consists of invertebrates such as insects, crabs, lobsters, clams, octopuses, jellyfish, and worms.  Meanwhile, insects of the world are getting the ole one-two punch as global warming hits the tropical rainforests whilst excessive use of chemicals hits broad-reaching continents, everywhere.

The underlying message is that the world’s ecosystems are under tremendous stress from aberrant forces such as (1) out of ordinary temperature rises, aka global warming, and (2) toxic chemicals, e.g.: “Industrial toxins are now routinely found in new-born babies, in mother’s milk, in the food chain, in domestic drinking water, in deep-water squid, at Mt. Everest’s basecamp, in fact, worldwide… Humans emit more than 250 billion tonnes of chemical substances a year, in a toxic avalanche that is harming people and life everywhere on the planet.” (Source: Scientist Categorize Earth as a Toxic Planet, Phys Org, February 7th 2017)

Here’s an excellent video about the insect dilemma on YouTube by Ben Guarino of the Washington Post: https://www.youtube.com/watch?v=EAOnySPnt3E

Postscript: NOAA has issued a warning as of 10-25-2018 that the entire Great Barrier Reef from November 2018 to February 2019 is at heightened risk of massive bleaching and coral death because of heat stress. If the models prove accurate, it would mean the entire Great Barrier Reef would be damaged by climate change and coral populations would trend towards very low levels, affecting the reef’s tourism and fishing industries and the employment they support. The Intergovernmental Panel on Climate Change’s recent 1.5C report warned coral reefs were especially vulnerable to climate change. At even 1.5C of warming it estimated the planet would lose 80% of its coral reefs. At 2C they would all be wiped out.

About the Author
Robert Hunziker lives in Los Angeles and can be reached at rlhunziker@gmail.com.

Why I Remain Hopeful When Things Look Grim

Fascism on the March