Home ABOMINATIONS Alexandria Ocasio-Cortez: It Pays Well to be a Sheepdog of the Establishment 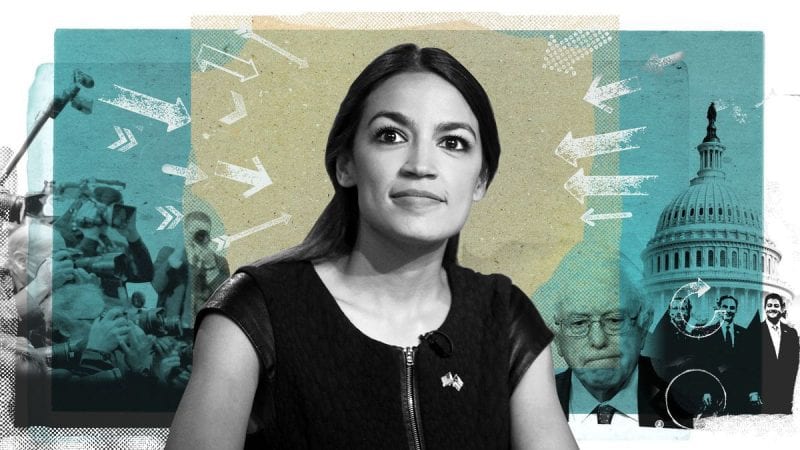 One doesn’t have to be Nostradamus to predict what was going to transpire when Alexandria Ocasio-Cortez arrived in Washington DC. It was a matter of time before Alexandria succumbed to the status quo and fell in line behind the neoliberal Democrat establishment. In short order, this rebel from the Bronx transformed into a lapdog of the very entrenched interests she purportedly ran against.

The most obvious sign of Alexandria’s capitulation to the DNC order is her decision to support Nancy Pelosi for House Speaker. She actually had the temerity to call Pelosi the most progressive candidate when she announced her backing of Nancy the corporate crony. Let me clarify one thing, I don’t put any stock in labels like liberal, progressive or any of these political affiliations that do nothing but divide people while hiding the invisible hands of the moneyed cabal that run our nation through coercion. However, calling Pelosi a progressive is like calling Dick Cheney a compassionate conservative.

As galling as Alexandria’s support of Pelosi is, that is but the tip of the iceberg when it comes to how she has transmuted her pledge on her way to becoming yet another sheepdog of the establishment. The reason why our politics is broken is because demagogues on both sides have perfected the art of blaming the other side while pretending their side are the good guys. In reality, the pox is on both sides of the aisles. Democrats and Republicans alike—as well as the entirety of our political system—survive intact through subterfuge; tribalism is deployed with ruthless efficiency to distract the public from the fact that our government has been hijacked by corporate courtiers working on behalf of their plutocratic benefactors.

A truth teller would indict the bipartisan swamp that is endemic of our politics instead of presenting one-sided rants. Sadly, Alexandria chose to become another sham artist, instead of using the bully pulpit the good people of New York City gave her to reveal the insidious face of the duopoly, she insists on blaming Republicans only while keeping mum about the malfeasance of the very party she joined. This is not shocking of course, in a way I don’t blame her, she is doing what most of us do when we witness misdeeds at our place of employment. Nonetheless, I can only be so forgiving, the average American is not actively treading on the hopes of millions on their way to raking in millions of dollars.

Here is what I have figured out about the way of the establishment, people who tell half-truths, rage against the symptoms and artfully incite people’s emotions thrive. Meanwhile, those who seek unity, disavow “us versus them” rhetoric and point to disease that is eating away at the fabric of our nation are sidelined and silenced. One needs only scan Alexandria’s social media posts and listen to her interviews to realize that she has chosen to be embraced by the status quo instead of challenging it. She gives the meekest condemnation of her own party while she lashes the GOP as if America could be Utopia if not for the malice of Republicans. Democrats are using the same divisive rhetoric that is used by Trump and his GOP cohorts, fighting hate with anger never delivers change but it sure does keep the status quo in place.

The left/right divide in our government is a complete farce; outside of the wedge issues that both parties pretend to care about but never act upon when they have power, there is not a scintilla of a difference between Democrats and Republicans. Both are wholly owned subsidiaries of the military-financial-corporate complex. The great pyramids in Egypt have nothing on the pyramid that America has become; the 1% are harvesting their fortunes on the backs of the poor, working and middle-class. The root of this perverse wealth-transference scheme are economic policies that are enacted by both parties that cater to the rich while cratering the rest of us.

Alexandria hacks at the branches of Amazon and Wall Street but she does so through political blinders in ways that only further the divides between Americans. If she puts aside her partisan loyalty, she could unify people around the tenants of economic fairness and community empowerment. Instead, she will spend her tenure throwing darts at Republicans and encouraging people to vote for Democrats.This is how the game is played in DC, she must act the part of a Democrat foot soldier before she climbs up the ranks and eventually becomes the very entrenched insider that she ran against. CLICK TO TWEET

This is yet more proof that you can’t beat a broken system by working within it anymore than can one take on criminals by becoming a capo of the mafia. Alexandria makes a big show of being against the influence of corporations but all of her rhetoric is for naught because she became a due paying member of one of the most lethal corporations in the world. In case people missed it, both Democrats and Republicans are corporations that take money from other corporations. Alexandria cast her lot with the very virus that she blames for wrecking the planet, words pay well but deeds expose people’s intentions.

At what point will we stop falling for this ongoing hoodwink? Personalities keep being foisted upon us in order to distract us from the systemic rot of our governance. Alas, we are so addicted to the cult of personality that we have become that we keep latching on to the freshest faces while disregarding the bigger picture. In all honesty, we are medicating ourselves with politics while outsourcing the solutions to what ails our society to people who are benefiting from the sickness. The only way we can make a fundamental difference in this world is if we change our perspective of success and believe in collective wellness as much as we honor individual achievements. Until then, we will keep getting charlatans who pretend to know our plight while they use our struggle to attain for themselves.

There was once a candidate who ran a brilliant campaign where he presented himself as “one of us”. Stories were pushed about the fact that he and his wife were still paying for their college loans in order to make him identifiable to the common person. He eventually arrived in DC and pushed through the biggest corporate boondoggle in American history, he is now on his way to becoming wealthy magnate as he gets paid by the same industries he enriched during his tenure. His name is Obama, the Bank First President. Alexandria, with her struggles to pay rent and eating Mac ‘N Cheese with straws is following his playbook. It pays well to be a sheepdog of the establishment.

Support truly free and independent journalism, not the kind with corporate backing that uses independence as a slogan but writers and thinkers who are not beholden to big money and have a passion for speaking truth to power. 100% of the proceeds from the tip jar goes to the individual writers of the articles you are reading. Click on the picture below to contribute as you are able. 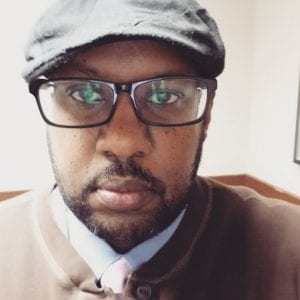 Teodrose Fikre. • Founder at Ghion Journal •  Fikre is the editor and founder of the Ghion Journal. A published author and prolific writer, a once defense consultant was profoundly changed by a two year journey of hardship and struggle. Going from a life of upper-middle class privilege to a time spent with the huddled masses taught Teodrose a valuable lesson in the essence of togetherness and the need to speak against injustice.

Nicely done. Over the years, I’ve found that there is a substantial difference between Democrats and Republicans: They appear on different places on the ballot. Philip Berrigan, antiwar protester, was pretty much on the money (no pun intended here) when he said that if elections mattered they would be made illegal.