HELP ENLIGHTEN YOUR FELLOWS. BE SURE TO PASS THIS ON. SURVIVAL DEPENDS ON IT.
There's great sympathy for the protesters among the police, but staged provocations by the government could quickly muddy the waters between the Gilets Jaunes" and the security forces.

The French president’s proposed fuel tax is just as unpopular with police as it is with ordinary citizens, and they feel uneasy having to suppress ‘Gilets Jaunes’ protests that “in their heart” they back, their union chief says.

“Most of us back the Gilets Jaunes [Yellow Vests], because we will be directly affected by any rise in fuel prices,”Alexandre Langlois, the secretary-general of the VIGI police union, told RT France from their studio in Paris. “Most of us can’t live where we work, because it is either too expensive, or we would be arresting our next-door neighbors, so we drive significant distances.”

“Our tax contributions are going up in several areas, but there are no commensurate wage rises… It is hard to accept these cruel measures,” continued Langlois, 35, whose own law enforcement background is in border control and domestic intelligence.

The role of the police has come under intense scrutiny as the protests, which have brought tens of thousands to streets and motorways across France each of the past three weeks, have grown increasingly violent.

On Saturday at least 90 people were hurt – including 16 officers – during clashes at the Champs Elysees in central Paris, after tear gas, water cannon and stun grenades were unleashed against a crowd of radically-minded protesters, over 260 of whom were arrested. The interior ministry has called them “casseurs” (agitators) who “came to fight.

Langlois agrees that the movement has been exploited by more radical elements, but says that cops are still reluctant to be sent out against the Yellow Vests, who took their name from the hi-visibility road workers’ jackets they have chosen as their symbol.

“It is difficult, because in our heart we support the protesters,” said Langlois. “The assigned cops tell themselves: ‘We will again look like villains, like attack dogs for the ministry and the government.’”

While Langlois is clear that some areas, such as the heart of the French capital are volatile and dangerous arenas for demonstrations, he also blames the higher-ups for repeatedly mishandling the response.

“Our colleagues on the ground have no operational freedom, they are merely following orders issued by those sitting somewhere else in police headquarters. At least once it would be right if the blame was assigned to the bosses, not those on the streets, who are doing what they can,” said Langlois. 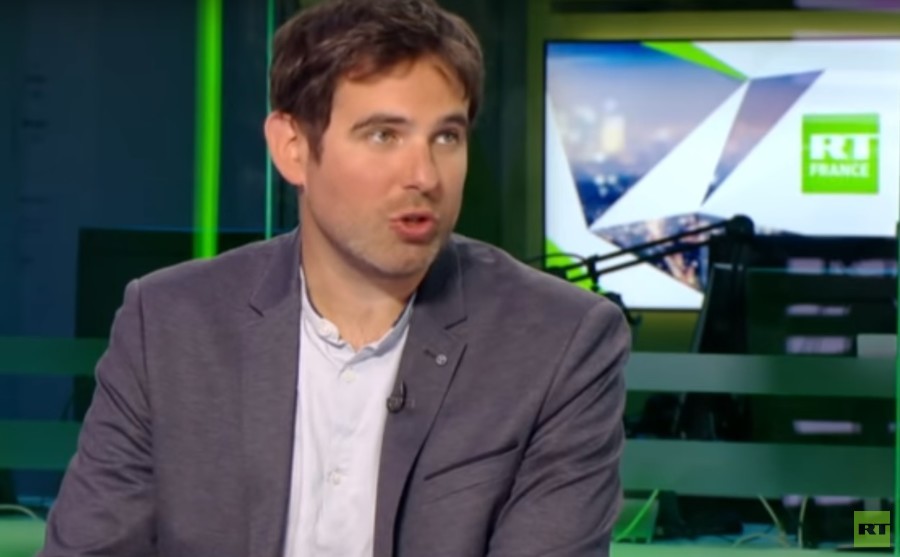 In the wake of such fierce opposition to his measures, intended to discourage the environmental impact of traditional petrol-driven cars, president Emmanuel Macron has already offered to compromise on the exact format of the tax, and how it would be applied during periods of high fuel prices. But he says he will not totally abandon the levy, due to come in from January.

But now the protesters, who count left and right-wingers among their number, are demanding a range of other measures, including a slowdown in the pace of transition to green cars, a tax reduction across the board and a rise in state-mandated minimum wages.

The ebb and flow of passions: acts of violence mixed with acts of fraternity and even compassion. After all, it's really just one class in the streets—the working class.

A shirtless man battling a water cannon; a cadre of riot cops beating a curled up demonstrator; the City of Lights awash in flames – these are the images that have shocked the world after nearly three weeks of protests in France.

The upheaval over soaring fuel prices has spread across the country, with the French government mulling the suspension of a fuel tax in order to placate the Yellow Vest protesters. Videos of the demonstrations, which began in mid-November, have captured both the extreme violence and acts of compassion that have emerged from the ongoing unrest.

Ironically, one of the heroes to emerge from the Yellow Vest protests is a vest-less (and shirtless) man who took on a water cannon.

As demonstrations heated up in Paris on November 24, one protester decided to exchange his vest for a pair of swimming goggles. A video of the shirtless Frenchman bravely enduring a thorough soaking from a water cannon gained notoriety, after what appeared to be a piano rolled through the already-dramatic scene. Actually, the wheeled wooden object turned out to be an old desk, but the scene still looked like it was lifted from an artsy fartsy French film.

The protests have not been devoid of compassion, however.

In the town of Pau, in southwestern France, police found a way to peacefully disperse protesters.

Footage posted on social media over the weekend shows a group of about two dozen police officers in riot gear removing their helmets while standing just meters away from demonstrators who were reportedly preparing to storm town hall. The crowd welcomed the peace gesture by applauding the police and singing the French national anthem.

Unfortunately not all of the videos to emerge from the protests are so whimsical or heart-warming. Footage purportedly taken at Rue de Berri, Paris – about a half a mile from the Arc de Triomphe – on Saturday shows a cowering protester being beaten by around ten riot cops.

In the video, the demonstrator is thrust to the ground by two officers, who then begin to kick and hit the curled-up man. Several other policemen then join in, using their batons and feet to beat the protester.

A particularly gripping video, shot from a balcony by an onlooker, reveals the combat-like intensity of the clashes between the Yellow Vests and riot police. The footage shows a group of policemen attempting to stop the advance of a crowd of protesters.

At first, only a few demonstrators engage the cops. However, the mob of Yellow Vests quickly rallies and completely overwhelms the group of police. With the cops making a hasty retreat, more protesters swarm in from a side street, hurling objects as they close in on the police. With projectiles being thrown in all directions, the onlooker abruptly pulls the camera away and begins to shout.

A standoff at the Arc de Triomphe led some to draw parallels between the Yellow Vest protests and France’s revolutionary past. Footage of the encounter between protesters and riot police near the iconic monument shows a man kneeling in front of the arch, with his hands stretched out.

He is then joined by another demonstrator, clad in a yellow vest, who waves two French flags as he stands behind the kneeling man. The display of flag-waving fearlessness was seen as some as a modern-day rendition of Eugene Delacroix’s classic revolutionary painting, ‘Liberty Leading the People’.