Home ABOMINATIONS Sometimes A Pair of Pants Can Give You Vertigo

Sometimes A Pair of Pants Can Give You Vertigo

“Between the experience of living a normal life at this moment on the planet and the public narratives being offered to give a sense to that life, the empty space, the gap, is enormous. The desolation lies there, not in the facts.”
– John Berger, “A Man with Tousled Hair” in The Shape of a Pocket

A few days ago, as I stepped into my pants to start the day as is my habit, I happened to notice the label at the waist band. It read “Gap,” and the sight of this word sent my mind spinning into a whirling contemplation of this void that lies at the center of life today, a subject that has disturbed me for a long time.

I had earlier that morning made the mistake of checking the news headlines on the computer. This too is a habit that I no doubt share with millions of other people. It is a dastardly habit no sane person should inflict on oneself. To rise from one’s night dreams and step into a litany of hyperbolic headlines shouting doom and gloom at every turn is to inject oneself with a poisonous drug before the sap of life has a chance to rise in one’s veins and one’s imagination might give birth to new possibilities. 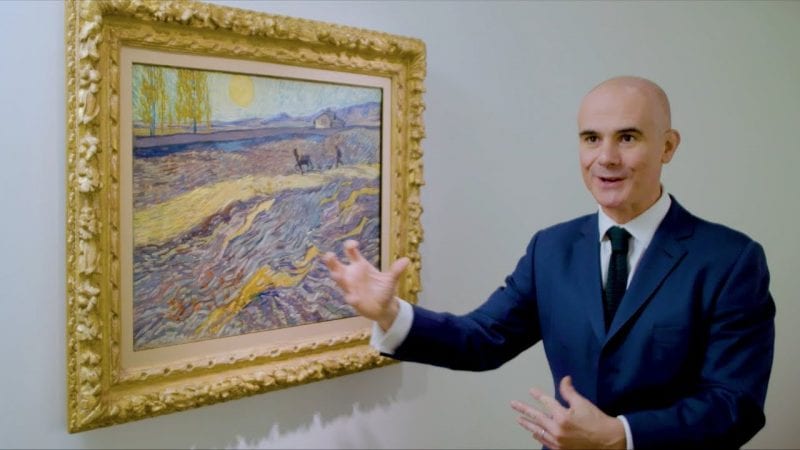 Standing in my pants, I felt as though I were hovering over Berger’s enormous empty space, and if I didn’t wake up, I would tumble endlessly away. Thoreau’s words floated up: “To be awake is to be alive. I have never yet met a man who was quite awake. How could I have looked him in the face?”

So I stepped over the hole at my feet and tried to shake the monotonous clatter of the monstrous media’s messages from my mind. In my vertiginous state I dared not look in a mirror. So many of the media’s lying words that I had already ingested with coffee seemed to float around and within me in an unreality disconnected from the actual world, even the world they were ostensibly reporting on.

I too had written many words about the drastic condition of our world today, thinking somehow my words, different from the corporate media’s, could move the world by pulling back the curtain that the powerful have created through clichés to conceal the sordid reality they have made of this beautiful earth. Yet the presentation of facts seemed to make no difference. Very little, if anything, made a difference. Most of those who read my words more or less already agreed with me. And many, even friends and family, just ignored them, anticipating that they would disturb them. And the mainstream publications shunned them like the plague.

Between my desire for a changed world and the world that seemed to change only for the worse lay the desolation Berger identified.

Many people feel it, I know, especially dissidents who fight in various ways against the powerful. But we prefer not to go there, to see what it consists of and how we may transmute it into acts and words that might make a difference. We prefer to make believe we are making a difference by repeating ad nauseum the same prefabricated responses, usually directly political, to the atrocities committed daily. We are caught in what Czeslaw Milosz, writing in a different context, called “ontological anemia” – “among this illness’s symptoms is the nothingness sucking from the center in.” We try and try but seem to devour ourselves by repeating the same approaches, as if all the slaves know is what their masters have taught them. Milosz knew this because he was an artist and a spiritual seeker, not just a political analyst, and also had personal experience with the totalitarian mindset that is descending on the West.

The twists of history can make one’s head spin.

In writing about Vincent Van Gogh, whose hunger for reality drove him to produce works of achingly loving beauty, John Berger, the quixotic Marxist, writes:

Reality, however one interprets it, lies behind a screen of clichés. Every culture produces such a screen, partly to facilitate its own practices (to establish habits) and partly to consolidate its own power. Reality is inimical to those with power.

Yet while Van Gogh sought reality by breaking the mold, the rich and powerful have devoured the results of his efforts and have transposed them into commodities. Last year, his painting, Laboureur Dans Un Champ, painted from an asylum where he had committed himself, sold for $ 81.3 million at Christie’s after a frenetic auction.

A humble peasant working in a field becomes a trophy for the rich, who keep the working man slaving away. Words and deeds are turned upside down on desolation row where

We need to think again. Imagine! Today we are caught in a void of clichés and in the clutches of rapacious elites. Only acts of creative imagination will free us from their clutches.

I look to my right and on a shelf I see a vividly painted Matryoshka doll. It startles me into the thought that like Matryoshka dolls, so many of our personal habits that deaden us to imagining a way across the gap to a better world are nestled within social habits of thought, speech, and action. We are so often encased like tiny cloned dolls in the social clichés that make us smaller versions of the powers that we say we oppose but which we mimic. We are carved and painted in their likeness, and caught in the habit of reacting to them in ways that reinforce their control.

We must disrupt our routines. We must find new ways, not to just respond, but to take the initiative. When we react according to habits, although we may not realize it, we are being controlled and not in control. Habits, like the word’s etymology reveals, may reassure us that we have, hold or possess a position of strength from which we can move the world in our direction, but the only Archimedean lever and fulcrum capable of that is inspiration.

That involves a new way of seeing, not vertiginous but visionary.

I think I’ll change my pants.

Educated in the classics, philosophy, literature, theology, and sociology, Ed Curtin teaches sociology at Massachusetts College of Liberal Arts. His writing on varied topics has appeared widely over many years. He states: “I write as a public intellectual for the general public, not as a specialist for a narrow readership. I believe a non-committal sociology is an impossibility and therefore see all my work as an effort to enhance human freedom through understanding.” His website is http://edwardcurtin.com/ .

The Holocaust and the Bush family fortune