Amos Oz was no dove 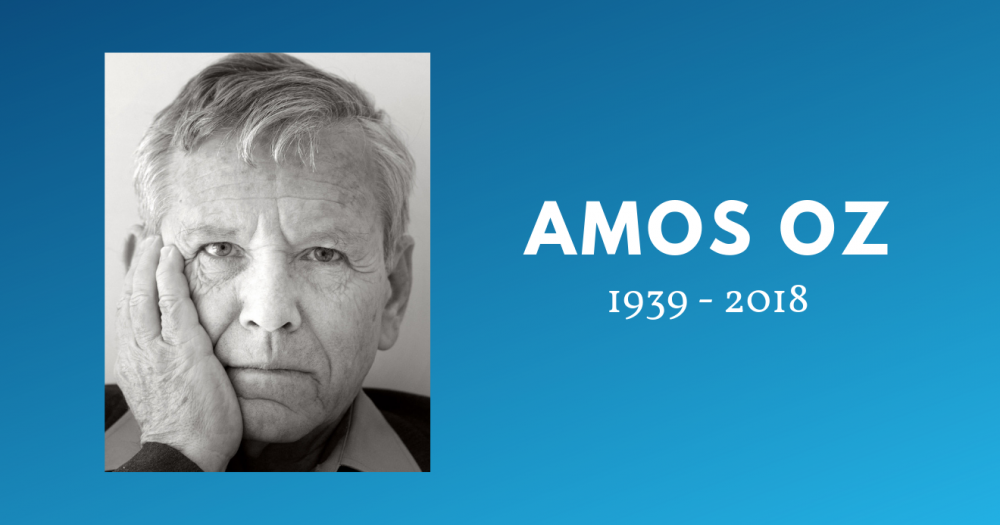 Once again, I find myself in the awkward position of having to write a critical obituary for another member of the so called Israeli “left,” or rather “peace camp.” Four months ago, it was Uri Avnery, founder of Gush peace movement, and today it is the esteemed Israeli novelist Amos Oz who has died at the age of 79. Even though my area of interest is literature, it is the man’s politics that I was more interested in.

Like most leaders of the soft Zionist “left,” Oz was an opponent only of the occupation of the West Bank and the Gaza Strip, and never condemned the original sin — the 1948 grand theft of Palestine. For him, a committed Zionist till the last moment, the 1967 occupation was the source of the “Israeli-Palestinian conflict.”

I am interested in his position regarding two important issues: right of return and the two-state solution. His position represents that of the so-called Israeli “Left;” or soft Zionism.  After serving in the 1967 Six-Day War, Oz was one of the first public figures to oppose the occupation of the West Bank and Gaza and became an advocate of the two-state solution, or two ethnic entities based on ethno-religious identity.

In addition, Oz also defended Israel’s war crimes and crimes against humanity in a number of occasions including the massive Israeli attack on Lebanon in 2006, the 2008-2009 Gaza massacre, and, the mother of all surprises, he supported US president Donald Trump’s moving the US embassy to Jerusalem so much so that he thought that, “every country in the world should follow President Trump and move its embassy in Israel to Jerusalem.”

One can get an idea about the ideology driving his writing in the three pieces of his writing that I am most familiar with, and which happen to be the most celebrated literary pieces in Israel, namely In the Land of Israel, My Michael and A Tale of Love and Darkness.

In what is considered his memoir, A Tale of Love and Darkness, there is an interplay between literature and ideology and how the latter takes over at expense of aesthetics. Through his glorification of the kibbutz regardless of the fact that it is built on a stolen land belonging to native Palestinians, he became an active participant in, and defender of, the aggressive colonialist politics of his country. In his work Palestinians are (mis)reprepresnted as marginalized and passive characters, they are never active agents.  Oz’s literary work was truly a fusion of literature and Israeli ideology.

Oz, like Avnery, belonged to a group of Israelis who are trying to set their own, restrictive parameters for the Palestinian struggle or qualifying their support for it to serve their political agendas. It is of paramount importance, within this context, to distinguish among different variants of such support or recognition.

Oz studiously avoided the political framework set by Palestinian political forces and civil society as a strategy to end only the 1967 military occupation of the West Bank and Gaza Strip so much so when he employed the term colonialism, he limited the terms’ application to the Palestinian territory occupied in 1967, not to historic Palestine. The danger of this formulation is that it sidesteps the issue of the right of return of millions of Palestinian refugees, as well as that of the legalized and institutionalized, and now constitutionalized, system of racism and discrimination against the Palestinian citizens of the Israel. It thus ignores the UN-sanctioned rights of the great majority of the indigenous people of Palestine.

His was a reflection of some Israeli attempts to restrict the scope of Palestinian basic rights for freedom, equality and justice. This is a well-known Israeli “Zionist-left” practice for defining Palestinian rights by limiting them to those living in the West Bank and the Gaza Strip and ignoring the 7 million refuges whose right of return is guaranteed under international law and the 1.6 million Palestinian citizens of Israel who are at the receiving end of the state’s racist policies. Oz, like other soft Zionists, fought for Israel’s” right to exist” without dismantling its system of apartheid and settler-colonialism, the same way some white liberals fought to improve the conditions of oppression for black Africans under apartheid in South Africa. This is why I, like many other Palestinians, question the sincerity of those Israelis who never challenge the racist character of Israel, let alone the grand crime it committed against our people in 1948. The Israelis we count on are those who recognize our internationally sanctioned rights, including the right of return. Oz was not one of them. On the contrary, he was committed to the Zionist project in Palestine through his defense of the racist two-state solution, and his unlimited defense of a Jewish majority on 78 per cent of historic Palestine.

No wonder Edward Said had a different take on Oz. From Said’s The End of the Peace Process: Oslo and After:

The predictable Amos Oz has demanded that we decide between peace and violence, as if Israel has already grounded its planes, dismantled Dimona, stopped bombing and occupying South Lebanon (two seventy-year-old Lebanese men were killed by Israeli planes at the time of the marketplace bombings: why is that not violence and terror?), and withdrawn all its troops out of the 97 percent of the West Bank it still controls, along with the military checkpoints that it has planted between every major Palestinian center.

I was thinking of those words in 2009 when Israeli F16s and Apache helicopters were bombing my neighborhood killing hundreds of women and children, and I, naturally, asked myself: why does Amos Oz support this?

With his death, and that of Avnery’s before him, we are witnessing the end of the façade of the so-called Israeli “left.”

ABOUT THE AUTHOR
Haidar Eid is Associate Professor of Postcolonial and Postmodern Literature at Gaza's al-Aqsa University. He has written widely on the Arab-Israeli conflict, including articles published at Znet, Electronic Intifada, Palestine Chronicle, and Open Democracy. He has published papers on cultural Studies and literature in a number of journals, including Nebula, Journal of American Studies in Turkey, Cultural Logic, and the Journal of Comparative Literature.

Other posts by Haidar Eid.

Elie Wiesel’s Israeli propaganda and the myth of Soviet genocide...