HELP ENLIGHTEN YOUR FELLOWS. BE SURE TO PASS THIS ON. SURVIVAL DEPENDS ON IT.
DISPATCHES FROM RT.COM 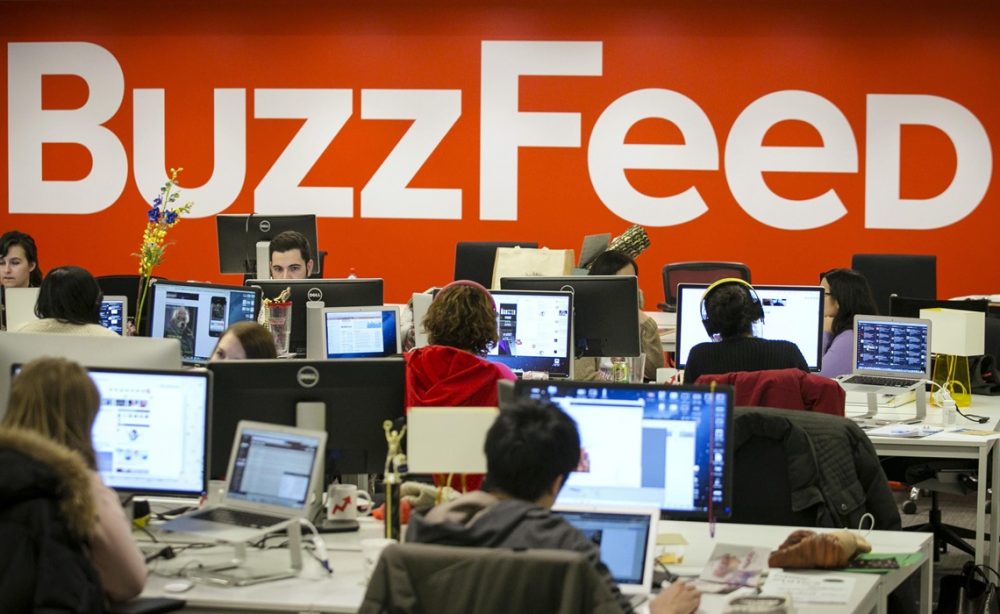 Conservative Twitter has been in full gloat-mode after the Special Counsel team called a BuzzFeed report claiming Trump's former attorney Michael Cohen lied to Congress on his boss' orders "not accurate."

Twitter has been set alight by a sudden twist in a BuzzFeed story that claimed to have proof that President Donald Trump directly instructed his former attorney, Michael Cohen, to lie before Congress on his plans to build a hotel in Moscow that would have seen him meeting Russian officials.

After the "bombshell" was picked up (to a great extent uncritically) by the mainstream media, which floated impeachment through a legion of ever-ready pundits, the scoop was busted by the office of Special Counsel Robert Mueller himself.

If Buzzfeed breaks it, doesn't that typically mean that NBC, CBS, ABC, the New York Times and the Washington Post didnt find it credible enough to run and passed on it?

Mueller's spokesman, Peter Carr, said that the "description of specific statements to the Special Counsel's Office, and characterization of documents and testimony obtained by this office, regarding Michael Cohen's Congressional testimony are not accurate."

Breaking Wind from CNN! Buzzfeed will change it's name to "Buzzard Feed" because it proudly stands by its discredited, un-sourced, and utterly laughable Fake News about @realDonaldTrump so even after rebuke by Mueller it eats dead, rotted flesh of the roadkill of their story.

If the media does not spend — minute for minute — the same amount of time on the death of the latest #FakeNews from @BuzzFeed (RIP) that they did speculating about “IF IT’S TRUE 😱!” then they should quit even pretending to be unbiased. What a disgrace. #RIPbuzzfeed

Gone all day and come back to see Buzzfeed did the ethical equivalent of sticking its hand into a blender. Good grief. https://t.co/2K3W4LyyDg

Facing a torrent of mockery and derision, BuzzFeed chose to stand by its claims. BuzzFeed Editor-in-Chief Ben Smith called on Mueller to clarify what exactly he had denied. "We stand by our reporting and the sources who informed it," he tweeted.

Some mainstream media, like the Washington Post and the New York Times, have been pouring cold water on the report (using unnamed sources of their own).

MSNBC's Chris Matthews argued that the fact the report is inaccurate "does not mean it is not true,"while NBC's Ken Dilanian said Mueller denied only that part of the report that said he had obtained Trump organization documents supporting the allegations.

Mueller: BuzzFeed article is not accurate.

Dilanian, however, later admitted that he "was interpreting the pushback too narrowly."

Update: I now believe I was interpreting this pushback too narrowly. The statement is less than clear but it appears Mueller is refuting the entire premise of the Buzzfeed story, including the idea that Trump instructed Cohen to lie. https://t.co/6GyluFAXkz

The Washington Post shared that sentiment, reporting that Mueller's statement "aims to make clear that none of those statements in the story are accurate," while citing "people familiar with the matter."

WaPo talked to “people familiar with the matter” who say that these are the specific claims in the BuzzFeed story that Mueller’s office is disputing: https://t.co/vRvhE8XRnM pic.twitter.com/sMFedGLnP7

The New York Times also debunked the story, citing a person familiar with Cohen's testimony, who told them that the disgraced former lawyer "never implied the president had pressured him to lie to Congress."

Trump has used the apparent fiasco by the publication to bring up "the totally discredited" Steele Dossier which BuzzFeed published in January 2017. "A very sad day for journalism, but a great day for our Country!" Trump tweeted.

Remember it was Buzzfeed that released the totally discredited “Dossier,” paid for by Crooked Hillary Clinton and the Democrats (as opposition research), on which the entire Russian probe is based! A very sad day for journalism, but a great day for our Country!

While multiple outlets were busy distancing themselves from the red-faced BuzzFeed, lone voices from the anti-Trump resistance crowd, almost drowned out by the avalanche of mockery, jumped to its defense.

There are literally tens of thousands of accurate articles out there about you . There is an inaccuracy in this article which is not specified we and you are immediately jumping on BuzzFeed and trying to discredit the entire media. Sickening

Some suggested that the zeal with which the mainstream media ganged up on BuzzFeed is a clumsy attempt to save face.

currently watching the MSM saying that - now - they were ALL skeptical of the Buzzfeed fiasco. nope: most repeatedly used the phrase "bombshell," breathlessly, hopefully. Now they will bury those stories.