Can Maduro Emulate Castro and Assad to Keep NATO’s Imperialist Hands Off Venezuela? 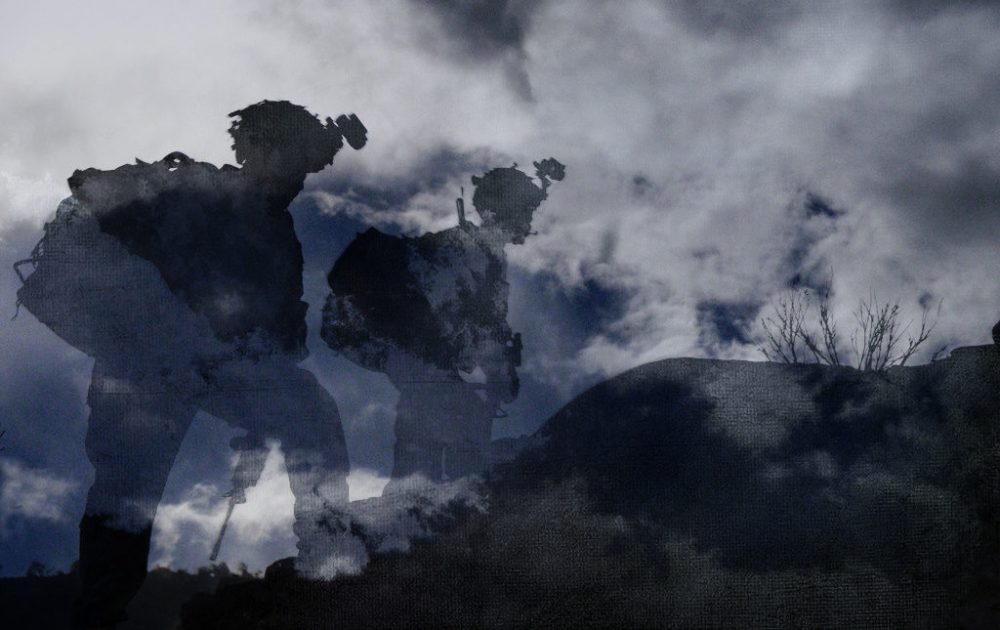 Imperial logic I: External crises distract from internal ones

[dropcap]E[/dropcap]mpires with internal problems tend to create external crises to distract the public opinion and unite their political and economical ruling class into a fictitious nationalistic fervor. The current United States policy of overt regime change in Venezuela, backed entirely by its NATO vassals, follows an evergreen imperial playbook of creating new crises to obscure failures and divisions.

In addition to its overall incompetence, the legal investigations through the Mueller inquiry, and the failure to deliver to its MAGA sycophants their big wall, this has passed unnoticed, and it will never be admitted by US officials or media that both US imperial wars in Afghanistan and Syria are in fact lost. Assad will remain in power, and the US administration has publicly admitted that it was negotiating with the Taliban. The temptation for the ideologues of the empire is too strong not to follow the precept: when you have lost a war, you declare victory and you leave. And next time around, you try to pick a weaker target.

Imperial logic II: A state of war must be permanent

A prime example of this, in recent history, was the way the events of September 11, 2001 were used internally to justify the emergence of a police state using far-reaching legislation such as the Patriot Act, and the creation of the Department of Homeland Security.

Externally, 911 was successfully used by the US to trigger, almost immediately, an invasion of Afghanistan with the entire NATO membership under the hospice of the military alliance’s Article 5, which stipulates that an attack on one member is an attack on all. This was the very first time, since the creation of NATO in 1949, that Article 5 was put into force.

With the US public opinion still largely revengeful, misinformed by media manipulations, and eager to wage war, two years later, in 2003, it was fairly simple for the Bush administration and its neocons to sell the invasion of Iraq as a war of necessity, and not for what it truly was: a war of choice for oil and greater control of the Middle East. Cynically, the aftermath of 9/11/2001 gave the empire and its powerful military-industrial complex two wars for the price of one.

[dropcap]G[/dropcap]reat moral principles of altruistic universal humanitarian concerns are almost never at stake in these instances. They are mainly smoke screens to hide the board of a cold, Machiavellian, and complex chess game where innocent bystanders often perish by the millions. They are the acceptable collateral damage of realpolitik’s grand strategists. Until the collapse of the Soviet Union, the true guiding principle of US imperial realpolitick, and all US foreign policy decisions that derived from it, was to stop the so-called communist domino effect.

Communist domino effect: three simple words for a game that killed millions of innocent people worldwide, first in Korea in the early 1950s, then in Vietnam in the 60s and 70s, and later, under the tutelage of some of the very same criminal architects, in Central and South American countries like in Chile. Now in their golden years, most of these murderous policymakers, like Henry Kissinger, enjoy an active retirement with honors, respect and, unlike their colleague Robert McNamara, not a hint of remorse.

One of these policymakers, a veteran of US imperialism in Central America and also one of the staunchest advocates of Iraq’s invasion in 2003, has made a come back. He is neocon extraordinaire Elliot Abrams. Abrams has been rewarded for his actions in the Iran-Contra affair, El Salvador, and Nicaragua with a nomination as Special Envoy of the Trump administration for Venezuela. In other words, Abrams is in charge of the US-sponsored coup task force against Venezuela’s legitimately elected President Nicolas Maduro.

Damascus, Syria. 15th March 2012 -- Loyalties to President Bashar al-Assad attend the rally at the Umayyad Square and hold the Syrian flag and a picture of Bashar al-Assad. -- Tens of thousands of pro Assad supporters rallied in Damascus , on the first anniversary of the Syrian uprising .

[dropcap]T[/dropcap]here are many others examples in history where in a David versus Goliath fight, the little guy who, on paper, did not stand a chance eventually through sheer determination, organization and vast popular support, won on the battlefield. Vietnam is obviously a special case in this regard, as the Vietcong of Ho Chi Minh managed to defeat, almost back to back, the old colonial masters of the French empire in the 1950s, and of course soon thereafter, the US empire.

In the early 1960s, during the Cuban missile crisis, Castro’s days seemed to be numbered. More recently, in Syria, all the lips of the NATO coalition, Israel and Gulf State allies were chanting in unison that as a precondition for resolving the Syrian crisis, “Assad must go!” By 2017, however, some coalition members such as Qatar, France and Germany were not so adamant about the “Assad must go” mantra. Not only did Bashar al-Assad not go, but also, as matter of fact, he is regaining control of his entire country, on his own terms.

[dropcap]N[/dropcap]icolas Maduro’s predecessor and mentor, Hugo Chavez, had in Fidel Castro a source of inspiration and the guidance of a father figure. Chavez, like other neo-Marxists, looked up to Fidel for leading a successful revolution, through military action, which had toppled the corrupt regime of Fulgencio Batista. This regime was not only a docile servant of the US government but was also directly associated with the Mafia’s criminal activities in Cuba in the era of Lucky Luciano and Meyer Lansky. With Batista’s complicity, American gangsters had turned Cuba into a gambling and prostitution paradise where the US’ unscrupulous rich went to play. Castro shut down the bordello that had become Cuba and proudly rebuilt his island, and he consciously set out to transform Cuba slowly and steadily into a socialist country.

Needless to say, the shutdown of their depraved and lucrative tropical paradise was unacceptable for the US empire’s ruling elites. Against all odds, the Cuban communist leader managed to defy one US administration after another, and without compromise remained at the helm of the Cuban revolution. It was not for a lack of trying either to invade Cuba, as in the Bay of Pigs botched invasion episode, or to cook up countless assassination attempts on Castro’s person. Starting almost immediately after he took power in 1959, Castro was the target of CIA assassination attempts. From the Kennedy era all the way to the Clinton administrations, Fidel Castro survived more than 600 plots to kill him. Some of the attempts involved collaborations of the Mafia with the CIA. Castro once said, “if surviving assassination attempts were an Olympic event, I would win the gold medal!” It has to be added that, at least so far, Fidel Castro has also won a posthumous gold medal for ensuring the legacy of the Cuban revolution.

[dropcap]A[/dropcap]lmost eight years ago, some people in quiet mansions, regal palaces or discrete offices in Washington, Riyadh, Doha, London, Paris, and Tel Aviv or undisclosed locations came up with what appeared to be an excellent plan. They would hijack some of the genuine energy of the Arab Spring then quickly sponsor it with a huge arsenal, while hiring some supposed good Djihadists soldiers-of-fortune as the main muscle to get rid of the uncooperative Bashar al-Assad. In what I called in May 2013, an “unholy alliance to wreck and exploit,” the Western and Gulf States coalition to topple Assad was born. In the US, the late Senator John McCain was one of the cheerleaders of the so-called Free Syrian Army.

Eight years later, with Syria in ruins, 350,000 people dead, around 4.5 million refugees still scattered principally in Jordan, Turkey and Lebanon, Assad has prevailed in a bittersweet victory, considering that his country has been wrecked as a battleground of proxy wars. Bashar al-Assad did not win on his own. He managed to retain complete loyalty from the Syrian army during the past eight gruesome years. Assad also could count on the military involvement of dependable allies Hezbollah in Lebanon and Iran and, of course, a critical impact of Russia once Putin’s administration decided to commit military assets and troops.

One can only hope that Venezuela’s US-sponsored coup attempt using the subterfuge of a phony revolution does not follow the track of Syria in terms of the mayhem. However, the analogies are numerous between Maduro’s situation today and that of Assad in 2011. First, Maduro has at his disposal a reasonably well-equipped military as well as the Chavista militia. To defeat the unfolding coup attempt, the loyalty of the armed forces has to be ironclad. Second, just as Assad has done, Maduro must work to cultivate, in pragmatic ways, both regional and worldwide alliances.

Cuba will do a lot to help and might turn out to be Maduro’s Hezbollah. But will Mexico, Bolivia, and Uruguay go beyond diplomatic posturing in their solidarity with Maduro against NATO’s imperialism? How involved and how far, either economically or, in a worse case scenario, militarily are Russia, China, Turkey, and Iran willing to go? In geopolitics, unlike diplomacy, only actions talk. Venezuela has a massive bargaining chip in the form of the mostly untapped biggest oil reserve in the world. This is Maduro’s ultimate ace in this game, and it should be used shrewdly. In realpolitiks, friends might be temporary, and they always want something. This is not an altruistic environment. 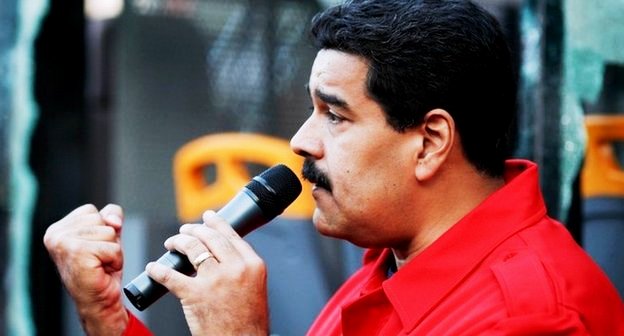