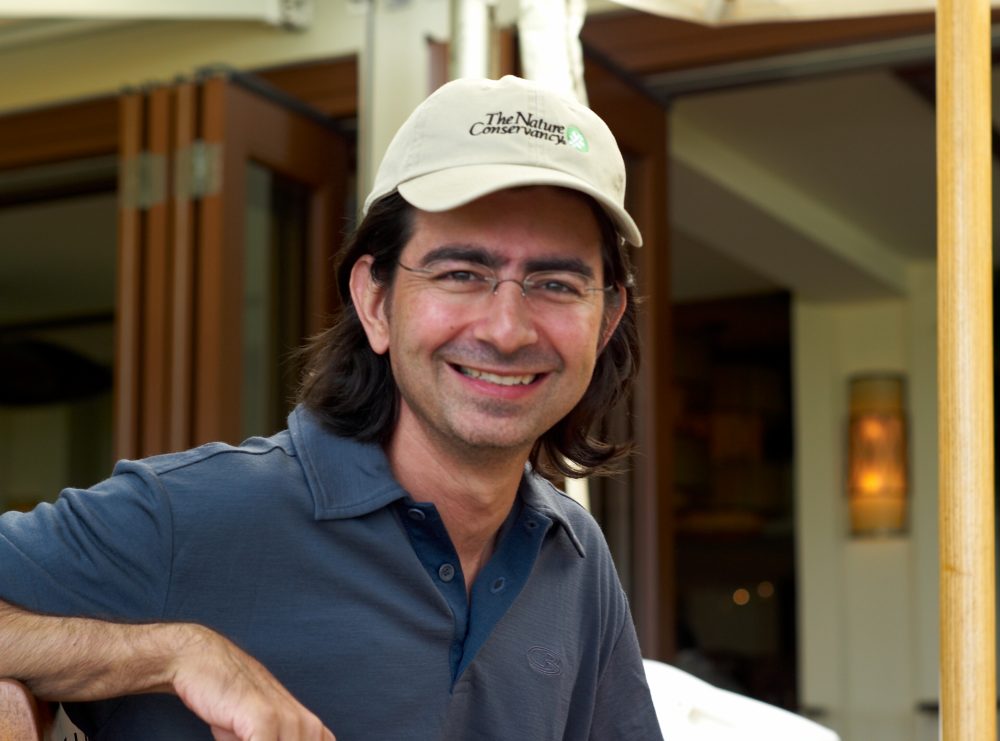 Amid the US push for regime change in Venezuela, RT speaks with investigative journalists who looked into the eBay founder and self-described “progressive” billionaire Pierre Omidyar, a major patron of regime-change operations.

An ongoing series in MintPress News, written by Alexander Rubinstein and Max Blumenthal, is a rare look into the projects undertaken by the “progressive philanthropreneur,” who has been praised by the liberal interventionist establishment for following in the footsteps of George Soros but attracts far less media attention.

“Part of the reason for doing this investigation was to inspire more scrutiny of Pierre Omidyar,” Rubinstein told RT. “There are mountains of newsworthy bits of information about many of the organizations he funds, but the sad reality is that it would require a team of at least half a dozen journalists working overtime to fully make sense of it all.” 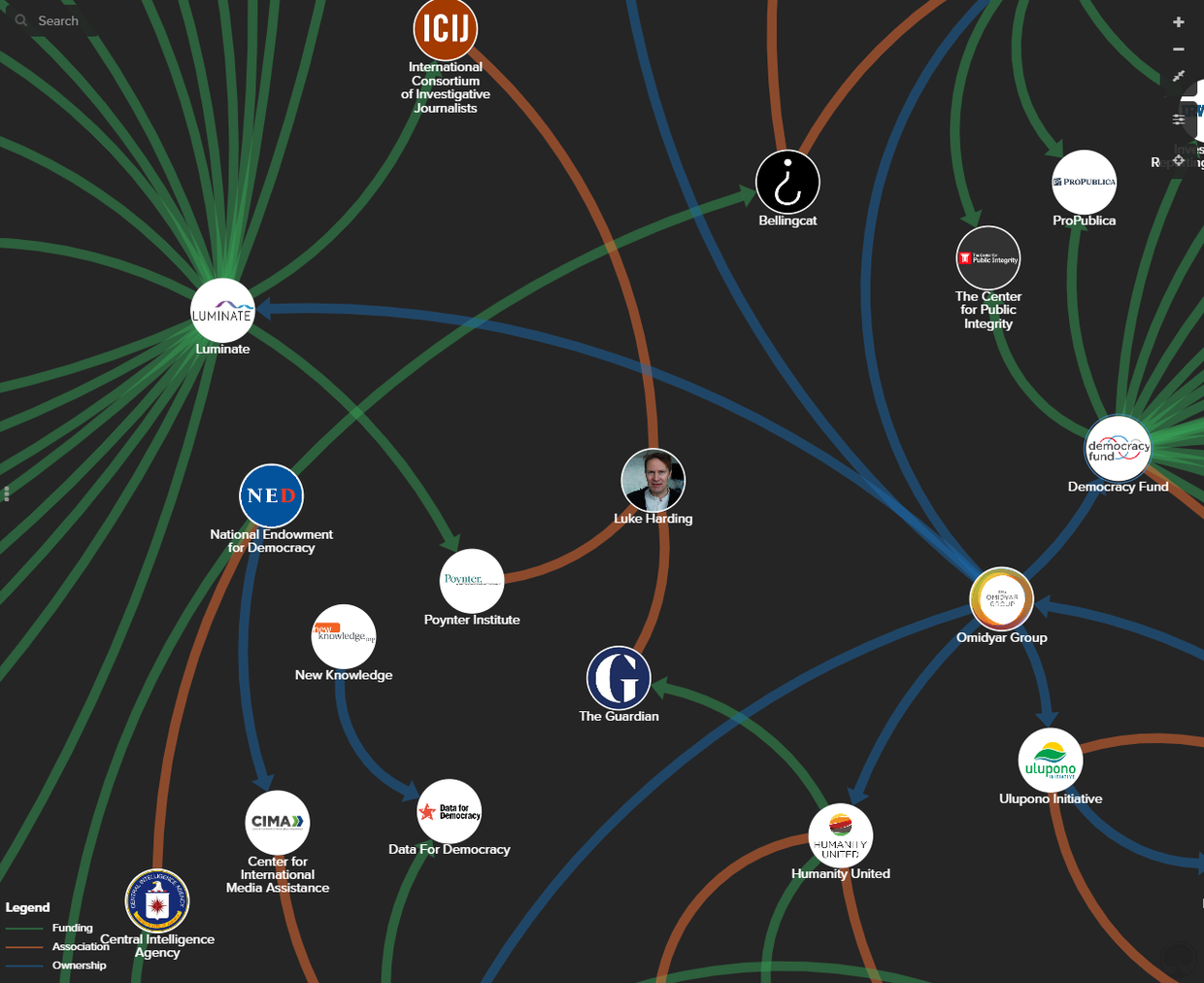 Detail of a chart showing the connections between Pierre Omidyar and various media outlets, foundations, activists and outfits. © MintPress News

The second part in Blumenthal and Rubinstein’s series, published Wednesday, took a particular interest in Omidyar’s ties to organizations promoting “regime change.” In Ukraine, it was a TV station (Hromadske) that backed what turned into a violent 2014 coup against the government in Kiev. In Zimbabwe, Omidyar money funded a “cultural activist network” that campaigned for the ouster of President Robert Mugabe in 2017. And in the Philippines Omidyar is backing The Rappler, a news site opposed to President Rodrigo Duterte that is developing surveillance technologies like a “mood meter” of the audience to capture – and channel? – “non-rational reactions.”

Not progressivism but power

Omidyar is not doing this on his own, either, working hand in hand with US Agency for International Aid and Development (USAID) and the National Endowment for Democracy (NED).

“He has the money and – for one reason or another– the desire to participate in such destabilizing policies,” Rubinstein told RT, noting that the billionaire’s embrace of such projects makes him “the perfect private partner for the US government” in seeking regime change abroad.

In Venezuela, we couldn’t stop Chávez. Don’t make the same mistakes we did. - The Washington Post https://t.co/BYmj1PMljL

How does a self-described progressive find himself riding the horse of regime change? This is one of the questions Rubinstein and Blumenthal hope further research will answer. Their digging has found Omidyar’s money behind the Alliance for Securing Democracy and The Bulwark – projects led by NeverTrump neoconservative Bill Kristol that push “Russiagate” and carry the torch of interventionism.

“If partnering with the neocon think tank guru who was a main conduit for US government messaging in the lead-up to the Iraq War is ‘progressive’ then I think it’s time we retire the term,” Rubinstein told RT.

He believes that Omidyar is not driving the regime-change agenda, but going along with it in “the perfect alliance of convenience.”

“If you’re looking for a coherent ideology that permeates through each of Omidyar’s investments, it’s not progressivism: it’s power… and power lies with empire,” Rubinstein said.

More specifically, Omidyar is looking to manage all areas of modern life, from journalism and transportation to banking and finance and government administration, journalist Yasha Levine, author of ‘Surveillance Valley: The Secret Military History of the Internet,’ told MintPress.

To him it’s not just about running a single service, but integrating things together to give technocrats, business executives and government officials a God’s-eye view of the world – to manage and control society more efficiently.

The role of Omidyar and other billionaires – who would be called ‘oligarchs’ if they were Russian but keep being presented as ‘philanthropists’ in the West – in influencing media and politics around the world is woefully under-examined, Rubinstein and Blumenthal argue.

Part of the problem is that Omidyar funds a wide range of media outlets through foundations, nonprofits and other cutouts, and many journalists who consider themselves independent or progressive aspire to work at Omidyar-backed Intercept, famous for publishing (some of) the documents leaked by NSA whistleblower Edward Snowden in 2013.

“All of the media ventures funded by Omidyar have one thing in common: their slickness,” Rubinstein said, noting that the “cutting edge design, high production values, and the esoteric portrayal of the process of reporting” all contribute to creating the image of Omidyar-backed outlets as the “responsible opposition” in contrast to outlets with a more shoestring budget.

While Intercept editor Glenn Greenwald has been sharply critical of US foreign policy and the ‘Russiagate’ conspiracy theory, other writers at the outlet have “carried water for al-Qaeda in Syria” and pushed Russiagate, said Rubinstein.

He described as “incredibly troubling” the fact that The Intercept has rolled out only a portion of the Snowden documents, de facto making them serve the agenda of Omidyar and his First Look Media rather than be responsibly released to the public, as Snowden intended.

What IS this thing called “American Exceptionalism”? Three views