“As psychopathic and evil as the Boltons and the Abrams are, ethically they are really no worse than the well paid media personalities delivering the fabricated war propaganda day after day, oblivious to the murder and mayhem created by their shilling for the empire’s war machine…” 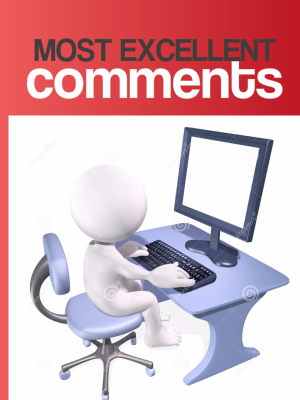 John Pilger's "The War on Venezuela is Built on Lies" is the departure point for the excellent comments featured below.

Thank you John Pilger. It is absolutely surreal to think this theatre of the absurd propaganda operation in support of yet another U.S. led coup is being supported by much of the Western world. The same oh so "law abiding," oh so concerned with "human rights," oh so "civilized" and oh so "democratized" Western world that has been plundering the rest of the planet for 500+ years now. A rather "bloody" form of irony to be sure. We used to kill you and steal everything that wasn't nailed down because we felt obliged to "save your soul" by bringing you Christianity. Now we kill you and steal everything that isn't nailed down due to our concern for your "human rights." We kill you - "because we care about you so very very much."

When I was much younger I used to still believe in the "bad apples" explanation for U.S. mayhem. This was back in the 1980's. From that "bad apples" perspective it was the Bolton's and Abrams and Ollie Norths of the world who were "responsible" for the torture and coups and brutality. Watching our amoral fetid war machine wreak it's endless destruction decade after decade, MSM lie after MSM lie, one eventually must face the reality that our entire institutional structure and social system simply "IS" the war machine and we are all part of it, willingly or unwillingly, simply through paying our taxes.

As psychopathic and evil as the Boltons and the Abrams are, ethically they are really no worse than the well paid media personalities delivering the fabricated war propaganda day after day, oblivious to the murder and mayhem created by their shilling for the empire's war machine. These media vampires are quite obviously as unconcerned about human suffering as the bought and paid for political shills in both parties who's job it is to keep this machine running no matter how much innocent blood they must wade through in the process just to reach their office everyday. Of course it goes without saying that the Billionaires, bankers, and the Wall Street boys who make their fortunes from the war machine, together comprise a particularly odious and vile branch of this system of organized crime we call a "society," yet somehow they seem to almost magically disappear into the shadows as the war profits roll in and as the empire moves on to the next victim of our never ending "democracy enhancement" global rape and pillage project.

As for the "bad apples" explanation this is what drives me crazy about the rabid anti-Trump faction, especially so-called liberals and Democrats. They have wasted over two years foaming at the mouth about Trump while they should have been demanding an end to US illegal wars of aggression everywhere. Instead they intensify the anti-Russia rhetoric which plays into the hands of the neocons, mic, and warmongers. The anti-Trump faction mistakenly believes that getting rid of Trump is what will "make america great again", and they have forgotten the crimes of Obama and Hillary, all of which were enthusiastically supported by Democrats, and the crimes were invisible to many so-called liberals who supported Obama. Of course their answer to the "bad apple" is a "good apple" which is bs (pun intended).

David - spot on. I very much agree. The supreme irony is that the only time the so called "resistance" leaders have anything good to say about Trump is when he's bombing some innocents somewhere. Nothing says "presidential" to American MSM like killing innocent people en masse. It is amazing how well the divide and conquer strategy of "blue vs red," "liberal vs conservative," "Trump vs Hillary," game of false choices continues to work for the oligarchs. I'd like to be more optimistic about our chances to actually impact this monster in some positive fashion, but I'm guessing the best chance for human survival is that the empire continues to crumble from within. How we keep the cadre of insane generals and psychopathic neocons from joyfully launching "the big one" under such circumstances of "decline and fall" I haven't a clue.

Open letter to Bernie Sanders and those who support him