Home ABOMINATIONS Ten reasons why AIPAC is so dangerous

The American Israel Public Affairs Committee (AIPAC) is one of the most powerful lobby organizations in the country. AIPAC’s clout helps fuel a never-ending cycle of violence in the Middle East.

Here are ten reasons why AIPAC is so dangerous.

1. AIPAC is lobbying Congress to promote a military confrontation with Iran. AIPAC – like the Israeli government – is demanding that the U.S. attack Iran militarily to prevent Iran from having the technological capacity to produce nuclear weapons, even though U.S. officials say Iran isn’t trying to build a weapon (and even though Israel has hundreds of undeclared nuclear weapons). AIPAC has successfully lobbied the U.S. government to adopt crippling economic sanctions on Iran, including trying to cut off Iran’s oil exports, despite the fact that these sanctions raise the price of gas and threaten the U.S. economy.

2. AIPAC promotes Israeli policies that are in direct opposition to international law. These include the establishment of colonies (settlements) in the Occupied West Bank and the confiscation of Palestinian land in its construction of the 26-foot high concrete “separation barrier” running through the West Bank. The support of these illegal practices makes it impossible to achieve a solution to the Israel/Palestine conflict.

Editor's Note: Good for brave Medea B to be calling AIPAC on the carpet, but her assumption that, free from some sinister Israeli influence, the US would deal fairly with the Middle East, or foster democracies in the region is delusional. The US —as currently constituted—NEVER supports genuine democracy anywhere, not even at home.

3. AIPAC’s call for unconditional support for the Israeli government threatens our national security. The United States’ one-sided support of Israel, demanded by AIPAC, has significantly increased anti-American sentiment throughout the Middle East, thus endangering our troops and sowing the seeds of more possible terrorist attacks against us. Gen. David Petraeus on March 16, 2010 admitted that the U.S./Palestine conflict “foments anti-American sentiment, due to a perception of U.S. favoritism for Israel.” He also said that “Arab anger over the Palestinian question limits the strength and depth of U.S. partnerships with governments and peoples in the [region] and weakens the legitimacy of moderate regimes in the Arab world. Meanwhile, al-Qaeda and other militant groups exploit that anger to mobilize support.”

4. AIPAC undermines American support for democracy movements in the Arab world. AIPAC looks at the entire Arab world through the lens of Israeli government interests, not the democratic aspirations of the Arab people. It has therefore supported corrupt, repressive regimes that are friendly to the Israeli government, such as Egypt’s Hosni Mubarak. Events now unfolding in the Middle East should convince U.S. policy-makers of the need to break from AIPAC’s grip and instead support democratic forces in the Arab world.

5. AIPAC makes the U.S. a pariah at the UN. AIPAC describes the UN as a body hostile to the State of Israel and has pressured the U.S. government to oppose resolutions calling Israel to account. Since 1972, the US has vetoed 44 UN Security Council resolutions condemning Israel’s actions against the Palestinians. President Obama continues that policy. Under Obama, the US vetoed UN censure of the savage Israeli assault on Gaza in January 2009 in which about 1400 Palestinians were killed; a 2011 resolution calling for a halt to the illegal Israeli West Bank settlements even though this was stated U.S. policy; a 2011 resolution calling for Israel to cease obstructing the work of the UN Relief and Works Agency for Palestinian Refugees; and another resolution calling for an end to illegal Israeli settlement building in East Jerusalem and the occupied Golan Heights.

6. AIPAC attacks politicians who question unconditional support of Israel. AIPAC demands that Congress to rubber stamp legislation drafted by AIPAC staff. It keeps a record of how members of Congress vote and this record is used by donors to make contributions to the politicians who score well. Members of Congress who fail to support AIPAC legislation have been targeted for defeat in re-election bids. These include Senators Adlai Stevenson III and Charles H. Percy, and Representatives Paul Findley, Pete McCloskey, Cynthia McKinney, and Earl F. Hilliard. AIPAC’s overwhelmingly disproportionate influence on Congress subverts our democratic system.

7. AIPAC attempts to silence all criticism of Israel by labeling critics as “anti-Semitic,” “de-legitimizers” or “self-hating Jews.” Journalists, think tanks, students and professors have been accused of anti-Semitism for merely taking stands critical of Israeli government policies. These attacks stifle the critical discussions and debates that are at the heart of democratic policy-making. The recent attacks on staffers at the Center for American Progress is but one example of AIPAC efforts to crush all dissent.

8. AIPAC feeds U.S. government officials a distorted view of the Israel/Palestine conflict. AIPAC takes U.S. representatives on sugar-coated trips to Israel. In 2011, AIPAC took one out of very five members of Congress—and many of their spouses—on a free junket to Israel to see precisely what the Israeli government wanted them to see. It is illegal for lobby groups to take Congresspeople on trips, but AIPAC gets around the law by creating a bogus educational group, AIEF, to “organize” the trips for them. AIEF has the same office address as AIPAC and the same staff. These trips help cement the ties between AIPAC and Congress, furthering their undue influence.

9. AIPAC lobbies for billions of U.S. taxdollars to go to Israel instead of rebuilding America. While our country is reeling from a prolonged financial crisis, AIPAC is pushing for no cuts in military funds for Israel, a wealthy nation. With communities across the nation slashing budgets for teachers, firefighters and police, AIPAC pushes for over $3 billion a year to Israel.

10. Money to Israel takes funds from world’s poor. Israel has the 24th largest economy in the world, but thanks to AIPAC, it gets more U.S. taxdollars than any other country. At a time when the foreign aid budget is being slashed, keeping the lion’s share of foreign assistance for Israel meaning taking funds from critical programs to feed, provide shelter and offer emergency assistance to the world’s poorest people.

The bottom line is that AIPAC, which is a de facto agent for a foreign government, has influence on U.S. policy out of all proportion to the number of Americans who support its policies. When a small group like this has disproportionate power, that hurts everyone—including Israelis and American Jews.

From stopping a catastrophic war with Iran to finally solving the Israel/Palestine conflict, an essential starting point is breaking AIPAC’s grip on U.S. policy. 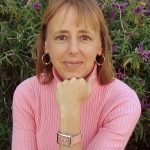 Medea Benjamin, cofounder of CODEPINK for Peace, is the author of The Kingdom of the Unjust: Behind the US-Saudi Connection.

Boeing, The FAA, And Why Two 737 MAX Planes Crashed