The Day that Notre Dame Caught Fire. A Recapitulation.

Print this post.
HELP ENLIGHTEN YOUR FELLOWS. BE SURE TO PASS THIS ON. SURVIVAL DEPENDS ON IT.
Watching this magnificent, iconic gothic structure being consumed by flames, a cathedral that, begun in 1160, took almost two centurties to complete, and which incorporates the contributions of thousands of builders and artists, most anonynous, brought tears to the eyes of countless people around the world. This is the Great Lady of Paris that witnessed so much of the history of modern Europe, including revolutions, wars, royal weddings, Napoleon's coronation, and more. And now she may have been the victim of something as banal as a malfunctioning electrical device, due to neoliberal "austerity cuts," "improper custodianship", or something far more sinister and indeed politically explosive: a false flag, with Macron and his gang the chief suspects. Stay tuned.—PG

Below, a special report prepared by "b" at Moon of Alabama. 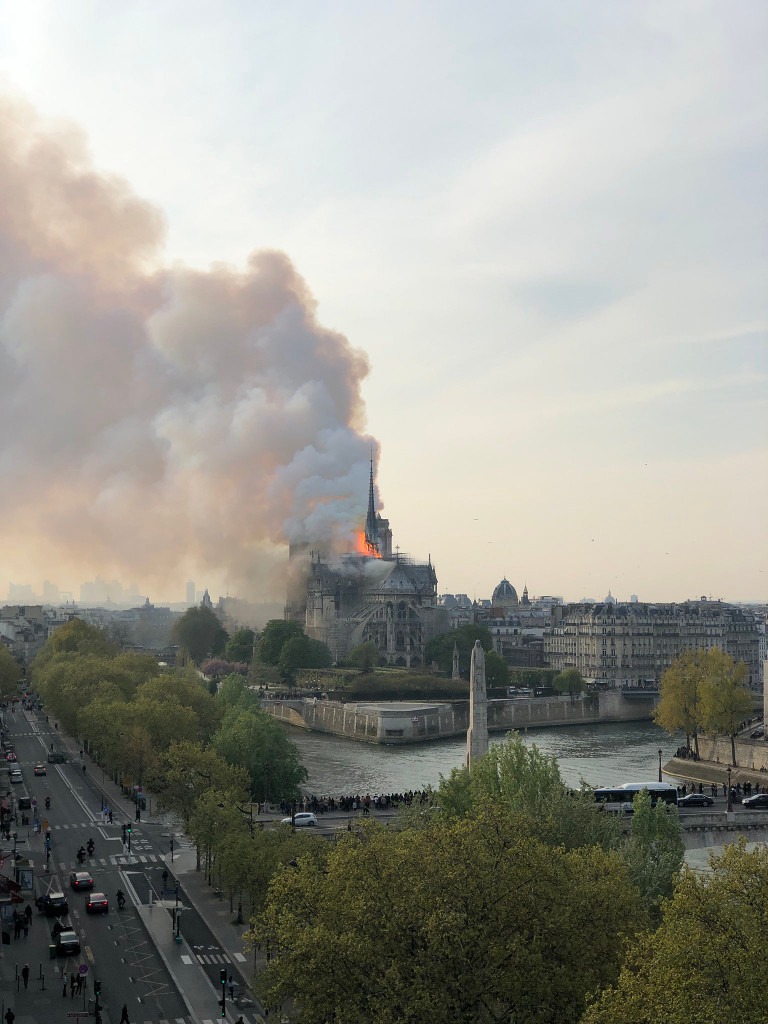 Here are two short videos at the beginning of the fire 1 2. The second one shows scaffolding around the 90 meter high spire above the middle of the church.

Church roof fires are notorious for being uncontrollable. The whole roof is likely to come down into the church and burn whatever flammable it finds inside.

My sincere condolences to France over this huge loss.

This video was shot some 15 minutes after the pictures and videos above. Half of the roof is already burning.

The fire during the night. Firefighters prevented the fire from extending into the towers. 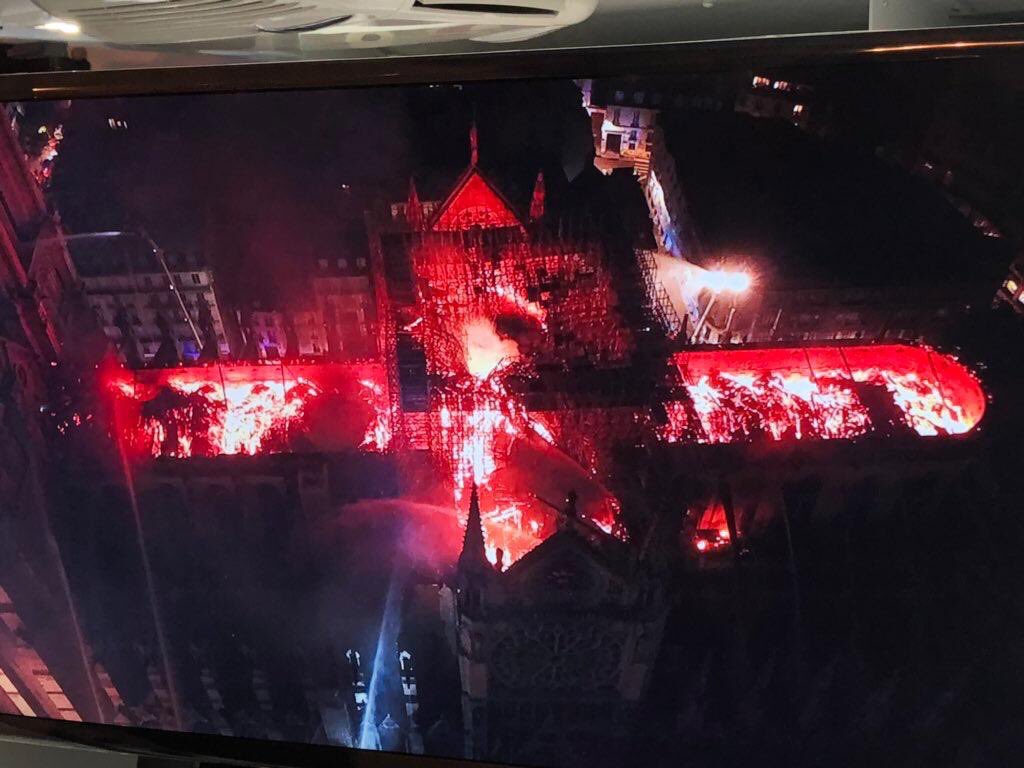 Despite the large fire above and the immense load only two smaller parts of the vault came down. The fire extension within the church was limited. 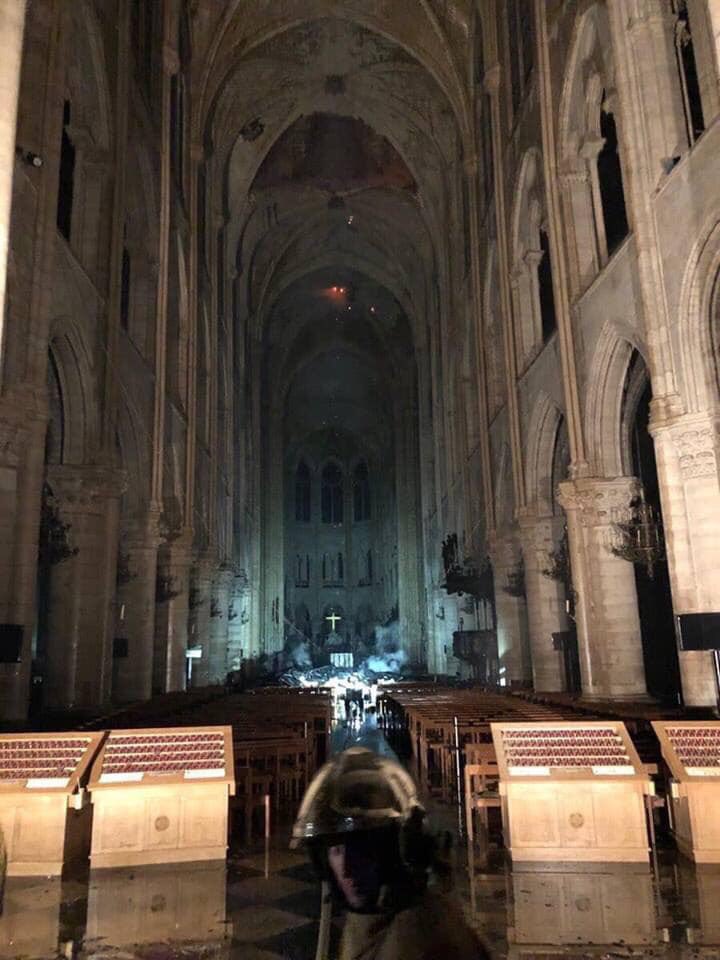 At least one of the beautiful windows (diameter 12.5 meters) survived. 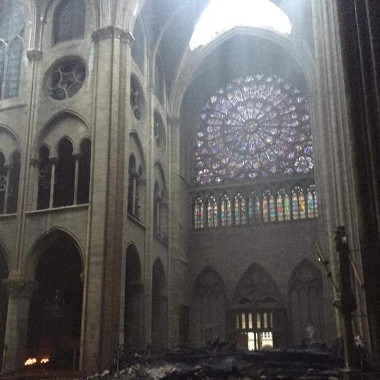 The large organ is also said to be intact.

For long years the French state which owns the cathredal and the church which leases it haggled about the costs to renovate the crumbling cathedral. Now donations of hundreds of millions are flowing in. This fire may - end the end - have done something for the church that other powers cold not do.

Some joker on Wikipedia changed the "Functional Status" of the church to "On Fire". 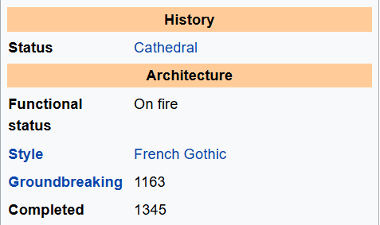 (We probably can't blame the neocon Géraud Araud for this but how about Macron?)

Why Boeing and Its Executives Should be Prosecuted for Manslaughter

U.S.-and-allied governments are unimaginably corrupt. Can their ‘enemies’...