Home IMPERIALISM No, There Won’t Be A War With Iran, But Rather A Slow-Motion Strangling

No, There Won’t Be A War With Iran, But Rather A Slow-Motion Strangling 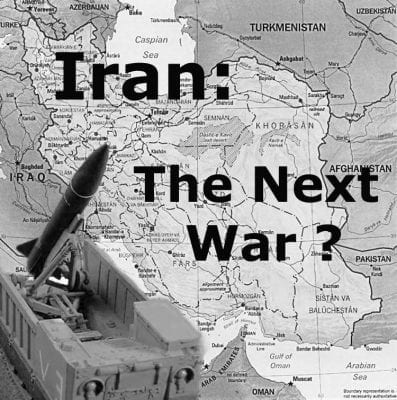 [dropcap]C[/dropcap]ommentators all across the Mainstream and Alternative Medias have fallen for the hysteria about a seemingly imminent US-led conventional war on Iran, but rather than that dramatic event that many seem to be anticipating for their own reasons, it’s much more likely that the world will witness America’s slow-motion strangling of the Islamic Republic.

Between the failure of the Iranian nuclear deal, the reimposition of the US’ unilateral sanctions and attendant lifting of previous waivers related to them, the shady circumstances of what might very well be a Gulf of Tonkin-like false flag attack in the UAE, and Tehran’s backtracking on some of the commitments that it previously agreed to, many in the Mainstream and Alternative Medias could be forgiven for falling for the hysteria about a seemingly imminent US-led conventional war on Iran. There’s a noticeable deterioration in American-Iranian relations and Gulf security as a whole, and neither the US nor Iran trust one another’s representatives despite both Pompeo and the Supreme Leader himself both ruling out their respective country’s intention to start a war. In terms of the Neo-Realist theory of International Relations, there’s a classic “security dilemma” at play whereby both sides interpret the other’s outwardly and officially defensive moves as cover for offensive ones, thus leading to a potentially explosive situation where the wrong move (and importantly, interpretation thereof) could lead to disaster.

All of the aforementioned contributes to an accurate assessment of the situation, but it nevertheless doesn’t mean that a war is imminent. Neither the US, Iran, nor the Gulf Kingdoms want a conventional conflict because it would be mutually disadvantageous for all of their interests. Trump doesn’t want to be caught in an expensive quagmire ahead of the 2020 elections, while Iran realizes that it would have to fight an existential struggle for is survival. The Gulf Kingdoms, meanwhile, are in the midst of very sensitive years-long transitions to post-oil economies and therefore can’t afford to be involved in any imbroglio. Having said that, there are arguments in favor of why all three forces have an interest in making the situation seem more dire than it really is. The US might reach a “New Detente” with Russia after “Russiagate” ended, so it sees the need to shift the enemy focus from Russia to Iran. As for Iran, the patriotic reaction to regional tensions might help dissuade its people from protesting their declining economic conditions and inadvertently playing into the US’ hands, while the Gulf Kingdoms’ “national security states” are “legitimized” by hyping up the ever-present “Iranian threat”.

Despite this being the case, that doesn’t meant that Iran is safe; actually, far from it. The US’ Hybrid War on the Islamic Republic will only intensify in the future, especially the near-term after Washington got New Delhi to discontinue its imports of Iranian oil and thereby deprive Tehran of its second-largest customer on whose purchases a large chunk of its budget is dependent. The US wants to slowly strangle Iran instead of dramatically take it out in an Iraq War-style conventional campaign, hoping that the gradually collapse that it aims to catalyze will be sufficient for achieving a Regime Tweak (concessions), Regime Change, and/or a Regime Reboot (Bosnian-like divide-and-rule “decentralization”). As part of this plan, it’s weaponizing its “secondary sanctions” regime in order to reinforce its fading unipolarity through a coerced “coalition of the willing” that abides by its unilateral economic restrictions against Iran in order to then expand its reinvigorated hegemony all across Eurasia like it’s recently done in the case of India.

For these “pragmatic” reasons relating to each of the three main parties’ (US, Iran, Gulf Kingdoms) interests, it’s highly unlikely that even a successful false flag attack will result in a larger conventional war breaking out in the region. It should be taken for granted that there are certain “deep state” factions in one, some, or all of those states who might want to see a conflict break out for whatever their (probably ideological) reasons may be, but that the ruling authorities in each of them stand to gain much more by preserving a cold peace than sparking a hot war. The US can profit handsomely by arming the Gulf Kingdoms, while Iran can double down on its patriotism in response in order to counteract the Color Revolution temptation during what seems set to be a prolonged period of economic crisis. As cynical as it may sound, this is the ultimate “win-win” outcome for each of the players involved, and is therefore the most likely scenario to transpire.

DISCLAIMER:The author writes for this publication in a private capacity which is unrepresentative of anyone or any organization except for his own personal views. Nothing written by the author should ever be conflated with the editorial views or official positions of any other media outlet or institution.

Reposts are welcomed with the reference to ORIENTAL REVIEW.

About the author
With special expertise in Russo-American affairs, Andrew Korybko is a well known international geostrategic commentator.