The Palestinians are being abandoned by the rest of the world, and the U.N. is left with the burden. And then the U.N. gets the blame, for ‘its failure’. No billionaires — really none — really cares. Maybe billions of people do, but no billionaire does. 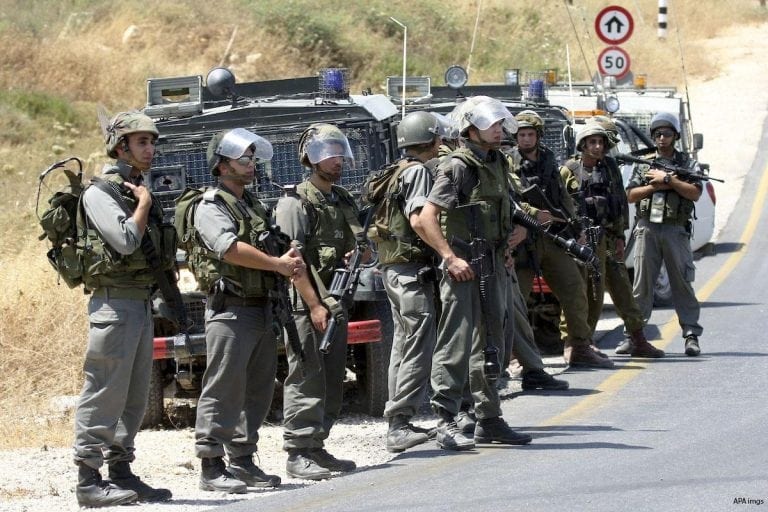 [dropcap]O[/dropcap]n May 13th, Gilad Atzmon made a powerful case that “Antisemitism is now a mass movement in Britain” because British voters generally respond with strong hostility toward apartheid, and he says “I would actually expect Jews who seem to be upset by the Hitlerian concept of an ‘Aryans-only state’ to accept that the concept of a ‘Jews-only state’ is equally disturbing.” Why should German supremacism by pure-blooded Christians (“Aryans”), against people who are at least one-quarter descended from Jews, be less acceptable than supremacism of people whom rabbis accept as being “Jews,” against descendants of what for over a thousand years had constituted the vast majority of the residents there, Muslims? Why is one form of religious racism better than another? Perhaps it isn’t. (The Holocaust is irrelevant to this: it was perpetrated by Christians — mainly by “pure-blooded” ones — not by Palestinians, or any other Muslims. If the Holocaust were relevant, then the lands that participated in the Holocaust would have protected their Jews after the Holocaust and those victims’ property would have been immediately restored to them by those states, and compensation paid to them for their suffering, and those Jews would have been welcomed to stay there; but, instead, the residents in those lands supported the racist Jews called “Zionists,” who wanted to seize Arab Palestine and make it a Jewish-supremacist state. The lies simply abound, but the Holocaust didn’t cause this problem; the Holocaust was done overwhelmingly by Christians, in Europe, not by Muslims, in Palestine or anywhere else. Shoving the Holocaust-guilt off onto Palestinians as if they — or their religion — had been the cause, is simply shameful lying.)

In America, apartheid against Blacks is widely condemned (because of America’s racist history, which is too blatant to be ignored), but apartheid against the non-Jews in Palestine (or “greater Palestine” if one is to distinguish between the area that Jews took from Arabs, versus the areas where Jews keep Arabs in huge outdoor prisons called “Gaza strip” and “West Bank”) is widely approved-of. American media reflect the agenda of the American Government, which reflects the agenda of only the political mega-donors, whom each Party relies upon in order to be able to compete effectively against the other. Consequently, American minds are essentially bought (i.e., controlled) simply by American dollars, and those dollars are the extremely concentrated and focused wealth of America’s 585 billionaires, some of whom are Jews, but the vast majority of whom are not. What they all are, however, is people whose class-interests are overwhelmingly against the public’s interests (such as for progressive taxation, tax-funded basic health care, ending all of the federal subsidies to fossil-fuels investors, and spending less on private corporations such as Lockheed Martin and more on public services such as education and healthcare — and on public infrastructure such as maintenance of highways and bridges). The economic class-interests of every billionaire are overwhelmingly against the public interest — against the nation, if one identifies the overwhelming majority of a land’s inhabitants as constituting “the nation.” (Of course, in America, it’s the overwhelming minority who do, and they selected the nominees in both Parties in 2016.) In America, the taxpayers are donating, each and every year, $3.8 billion to the Jewish-controlled part of Palestine so that the Jews there can buy weapons from America’s billionaire-controlled weapons-makers such as Lockheed Martin in order to protect the Jews there from what their victims — the Palestinians — might want to do to them, and maybe even in order to help U.S. billionaires grab back from Iranians (who still support the Muslim Palestinians) the oil company that the U.S. regime had grabbed in its 1953 coup which was done to Iran for America’s oil companies, whose American owners didn’t want Iran’s oil to be nationalized and those profits to go to the Iranian public instead of to themselves. But, of course, America’s current President, Donald Trump, is trying to be a hero to his (fellow-)billionaires by grabbing back from Venezuelans the profits from that nation’s oil, and so he now is trying to choose whether to grab their oil first, or Iran’s oil first. And Americans consider his attempt to grab Venezuelans’ oil to be good (the ‘humanitarian’ thing to do), and so why shouldn’t Americans likewise be approving of what Jews in Palestine are doing to non-Jews there?

The Jewish takeover of Palestine increases antisemitism — hatred of Jews — because most people in the world despise bigots of any sort, and the supporters of Jews’ apartheid against non-Jews in Palestine are, batantly obviously, bigots. The U.S. President supports their bigotry because he supports all forms of bigotry because he supports billionaires against the public, and that’s actually the master-slave form of bigotry, the master-form of bigotry, which knows no skin-color nor religion nor ethnicity but only the billionaires (of all political Parties) (in earlier centuries called “the aristocracy”) versus the public, in all lands.

Wherever the inequality of wealth is extreme (such as in America), this problem exists, and though it has no real relevance to Jews versus non-Jews, any country in which the public approval of social inequality is high will intensely display the master-form of bigotry. During the current era in history, no nation is more approving of such supremacism — institutionalized inequality of basic rights — than is Palestine, especially among the religious dictatorship there, which is perpetrated by its Jews against everyone else. Consequently, what many non-Jews there commonly refer to as “the Jewish entity” (or “the zionist entity,” but in either case referring to the Jewish-supremacist nation, which unfortunately does now exist there) is rabidly spreading antisemitism around the world, at least outside the United States (where the billionaires make too much money from milking their own taxpayers so that those billionaires’ weapons-makers will be able to sell more of their weaponry to the racist Jews’ — the zionists’, the supremacist Jews’ — “entity,” and so the billionaires’ media do support this $3.8 billion per year U.S. taxpayers’ give-away, to those Jews, for buying these U.S. weapons, $3.8B worth, each and every year).

On May 15th, Britain’s Guardian headlined “One million face hunger in Gaza after US cut to Palestine aid” and reported that, “the EU member states are too preoccupied with themselves, so it is probably unrealistic to expect the EU to play a role” in filling the financial void. Furthermore, since the Holocaust was perpetrated almost exclusively in those countries (Europe), which since have supported the Jews in Palestine instead of the Jews’ victims there, European nations might be especially sensitive to possible ‘antisemitism’ charges if they were to assist the non-Jews there. Therefore, now that the U.S. is no longer even pretending to be a neutral arbiter between the oppressors and the oppressed in Palestine, the Europeans aren’t stepping in to fill the void left by the U.S. Government’s dropping its previous pretense. So, “The United Nations Relief and Works Agency for Palestine Refugees (UNRWA), which provides food for more than 1 million people in the Gaza strip” is making do with less — far less. For example, “The agency slashed its mental health budget by 50% in the second half of 2018, which reduced the availability of counselling for children in the war-torn region.”

I think that Atzmon is correct: Jews throughout the world (not only the ones in Palestine) get the blowback from the evilness of the “Jewish entity.” If that “entity” (the supremacist-Jewish nation that currently exists there) represents all Jews, then all Jews are evil, but it doesn’t, and so not only are the non-Jews there suffering from this, but so too do non-bigoted Jews, everywhere — if any such still exist. (If they do exist, then they need to organize to end “the Jewish entity.” But good luck to them then trying to find any Jewish billionaires who would help to fund such an organization. Are there any? Are there any non-Jewish billionaires who would? Good luck trying to find any. Such efforts — efforts for real justice, justice that’s systemically instead of merely individually significant — seem to be alien to the billionaire-class, everywhere.)

The Palestinians are being abandoned by the rest of the world, and the U.N. is left with the burden. And then the U.N. gets the blame, for ‘its failure’. No billionaires — really none — really cares. Maybe billions of people do, but no billionaire does. Or, at least, none has come forward. For example, a Google-search for “billionaire backer of the palestinian cause” produces “No results found for ‘billionaire backer of the palestinian cause’.” But it shows “About 895,000 results” and all of them report billionaire backers for the supremacist-Jewish nation that’s there now. This is the way billionaires are: they are obsessively classist (economic-supremacist), regardless of whether or not they also are racist (ethnic-supremacist). And, so, if they continue controlling the world, then things are going to become hellish everywhere. Not only hellish for Palestinians, and not only hellish for Jews, but hellish for everybody. Unrestrained grab grab grab … produces, ultimately, only hell, for everybody.

The “Dirty War” Pope [and the filthy media, again]

Mueller Punts On Obstruction Charges – Should The Democrats Go For Impeachment?